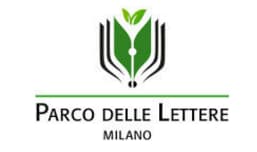 The announcement of the winners brought an end, at the Urban Center of Milan at Galleria Vittorio Emanuele II, to the exhibition of the 12 finalist projects of the ideas competition organized by Parco delle Lettere Milano.

Organized by the Department of Culture of the City of Milan, the project Parco delle Lettere Milano began last October, leading in 2017 to the creation of a constellation of outfitted places for reading, writing and encounters in green public spaces.

Aimed at architects, designers and independent makers, the competition called for the design of ecosustainable, ergonomic, safe and innovative ways to set up new recreational and cultural spaces in the gardens of libraries and in public parks.

The contest involved 290 creative talents, generating 44 projects. The three winning projects receive a contribution for the production of functioning prototypes to be displayed at the Convegno delle Stelline, in a space on the Library System of Milan, on 16-17 March 2017, in the garden of Biblioteca Sormani and at the Fabbrica del Vapore during the week of the FuoriSalone in April 2017.

Special thanks to Michele De Lucchi who donated the drawing L’Albero delle Lettere as the symbol of the entire project.