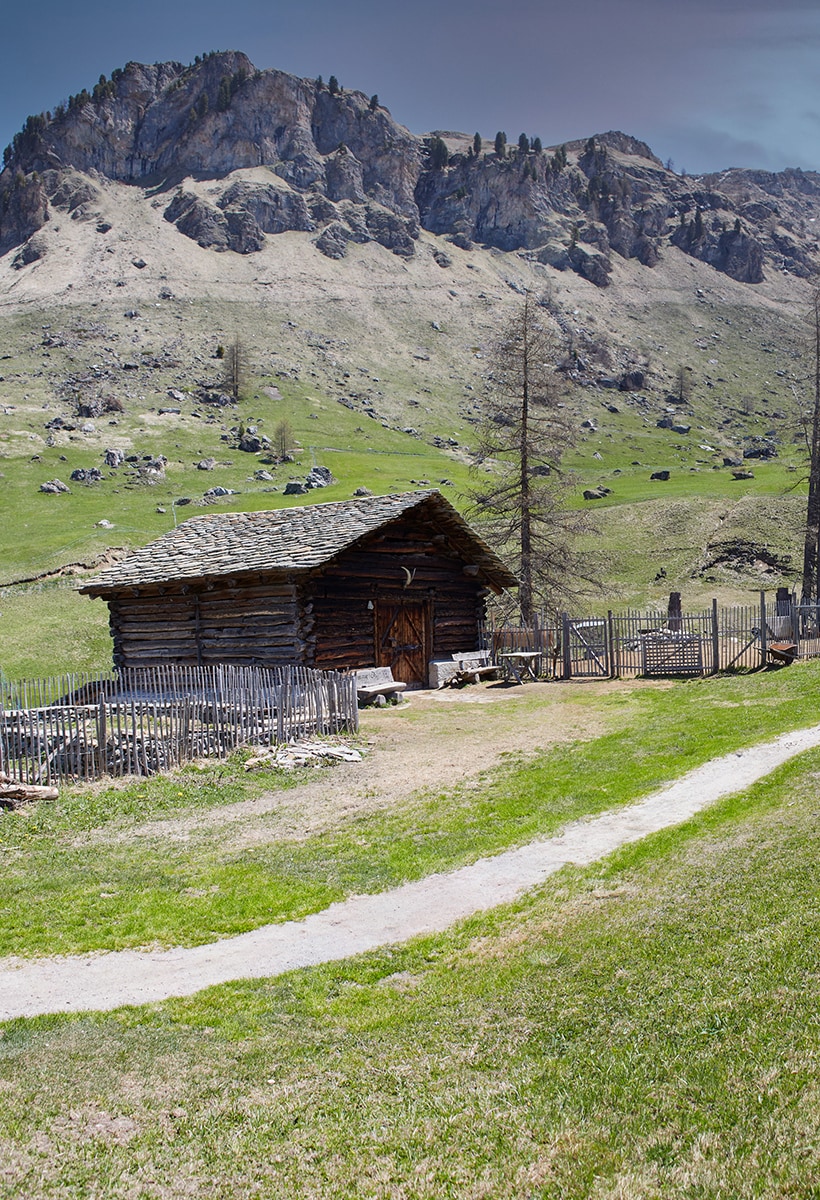 From hut to country chapel

From hut to country chapel

The Beatrice Trussardi Foundation is born and chooses to start its journey from the Engadine with an installation by the Polish artist Pawel Althamer in a 17th century hut in Val Fex, at 2000 meters high, accessible only on foot or by carriage. A privileged observatory between the sacred and the vernacular

The cultural entrepreneur Beatrice Trussardi launches a new reality dedicated to contemporary art, conceived as a “nomadic museum” together with the artistic director Massimiliano Gioni, with the aim of expanding on an international scale the path started in Milan with the Nicola Trussardi Foundation, of which he has been president since 1999, alongside a series of other research and study projects.

The pilot project of the newly founded Beatrice Trussardi Foundation is held this summer, from 11 July to 29 August, in Val Fex, Engadine, Switzerland. 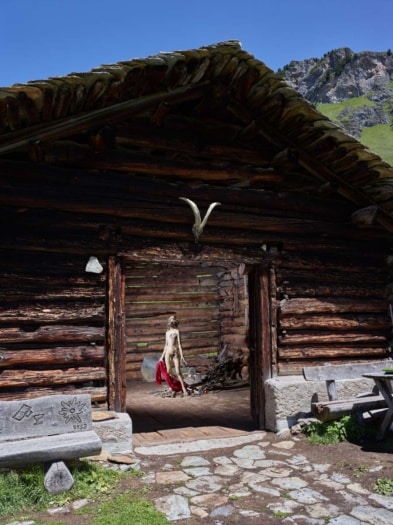 To inaugurate its new path, the Beatrice Trussardi Foundation has chosen to start from Engadina, an alpine valley in the Canton of Grisons (Switzerland) where centuries-old traditions are mixed with recent and profound changes that have affected European rural areas and that in recent months have further radically transformed the relations between city and countryside. 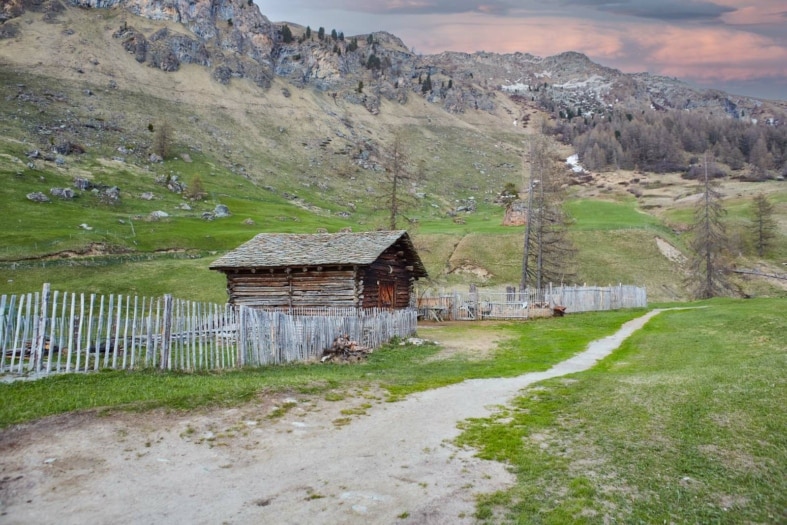 Its geographical position – it is one of the highest inhabited valleys in Europe – and its conformation – particularly flat, bathed by four lakes, surrounded by glaciers and dense woods in the upper part and characterized by deep gorges carved into the rocks in the lower part, at the border with Austria – over the centuries have made it a place loved and frequented by artists and intellectuals, who have drawn inspiration and comfort from the beauty of its landscapes. 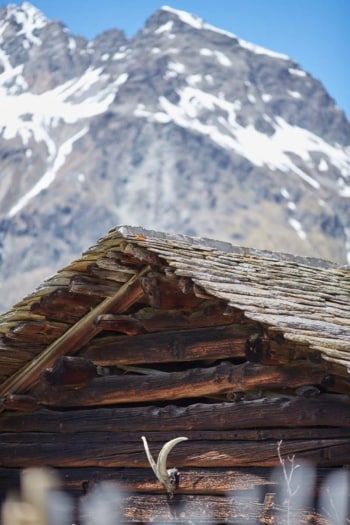 By choosing Engadine as a privileged observatory, the pilot project launches a reflection on the transformations of the environment – both physical and social – which, in particular in this last year, are redefining the boundaries between the urban and rural context, between local and global. 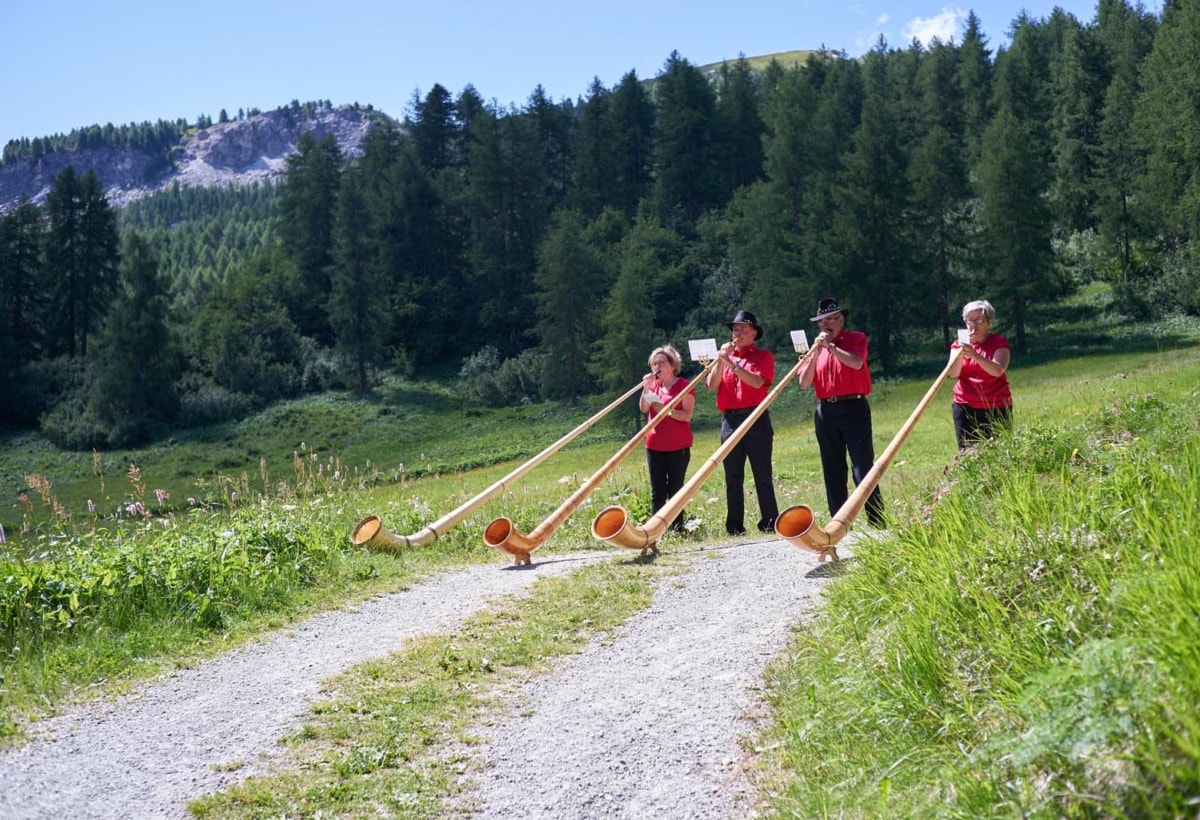 For this first project, the Beatrice Trussardi Foundation invited the Polish artist Pawel Althamer to present an installation in a 17th century hut at an altitude of 2000 meters in Val Fex, at the center of one of the most fascinating hiking routes in the Engadine, accessible only on foot or by carriage.

In this modest place, at the same time isolated and intimately integrated into the ecosystem of the territory, Althamer stages one of his tableaux in which he combines memories of sacred art and vernacular influences from different cultures. At the center of this installation is the figure of St. Francis, who takes off his cardinal's robe in a symbolic gesture, evoking a return to nature and asceticism. 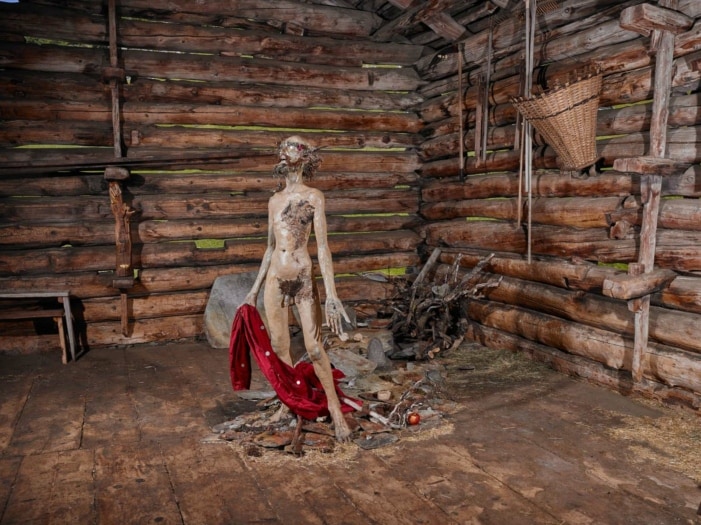 Modeled using papier mache and organic materials, such as hay and berry-based pigments, the work - with hyper-realistic features - was largely performed on site, in the space of the hut where it is presented as part of a diorama composed of stones, flowers , earth and wood found on the banks of the nearby stream. The diaphanous skin of St. Francis is decorated with stabilized insects, a stuffed bird and tattoos written in Latin and Romansh, the language spoken in the Engadine valleys: I am not of this world says, the tattoo on the head of the sculpture.

The peculiar form of sacred representation staged by Althamer combines reality and fiction, creating a suggestive atmosphere that transforms the hut into a country chapel. 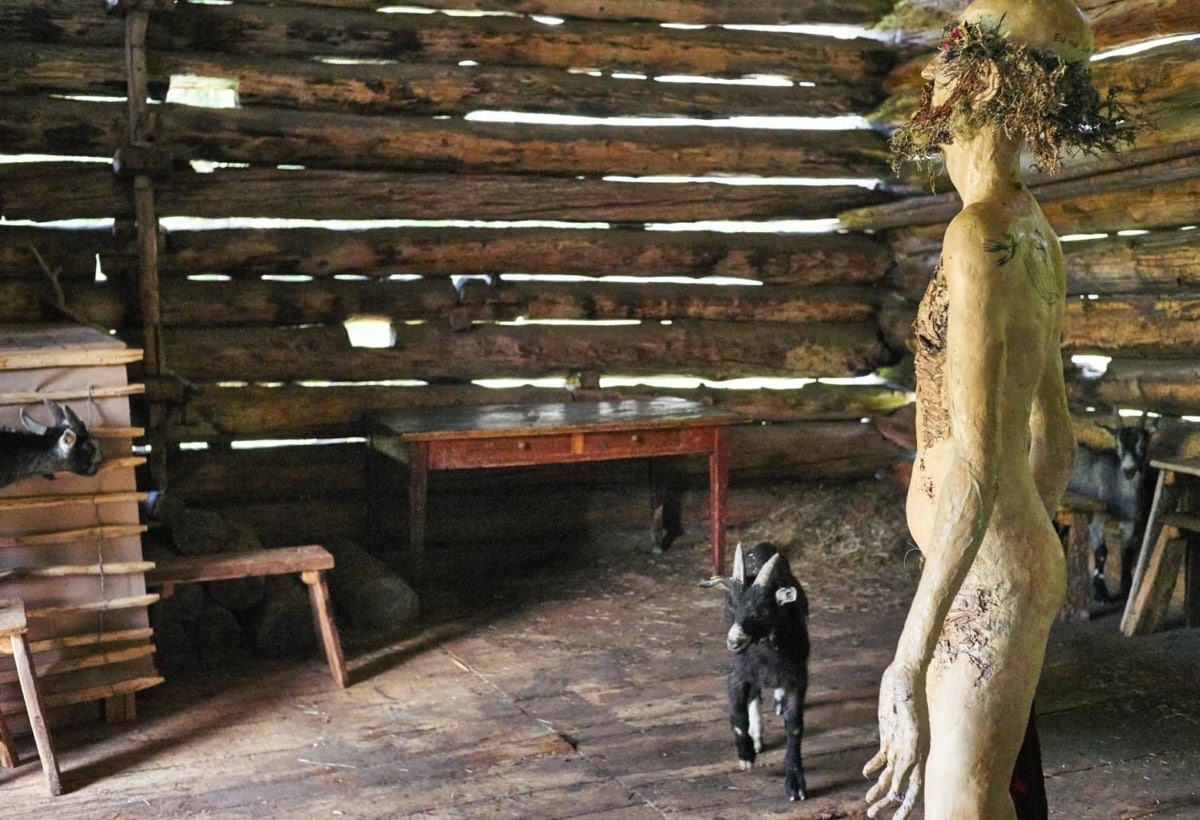 The installation is also enriched by the depiction of a Madonna with child, adorned with gold leaf and sculpted from a trunk: an unusual combination of an animist fetish and a Gothic sculpture. On the lower level of the stable, Althamer has placed a small sculpture of a newborn sleeping on a haystack, hidden in a brightly colored wooden box normally used to store animal food. This nativity is set between the goats and their cubs who live in the stable and roam freely in the installation, often playing and gnawing on elements of the diorama. 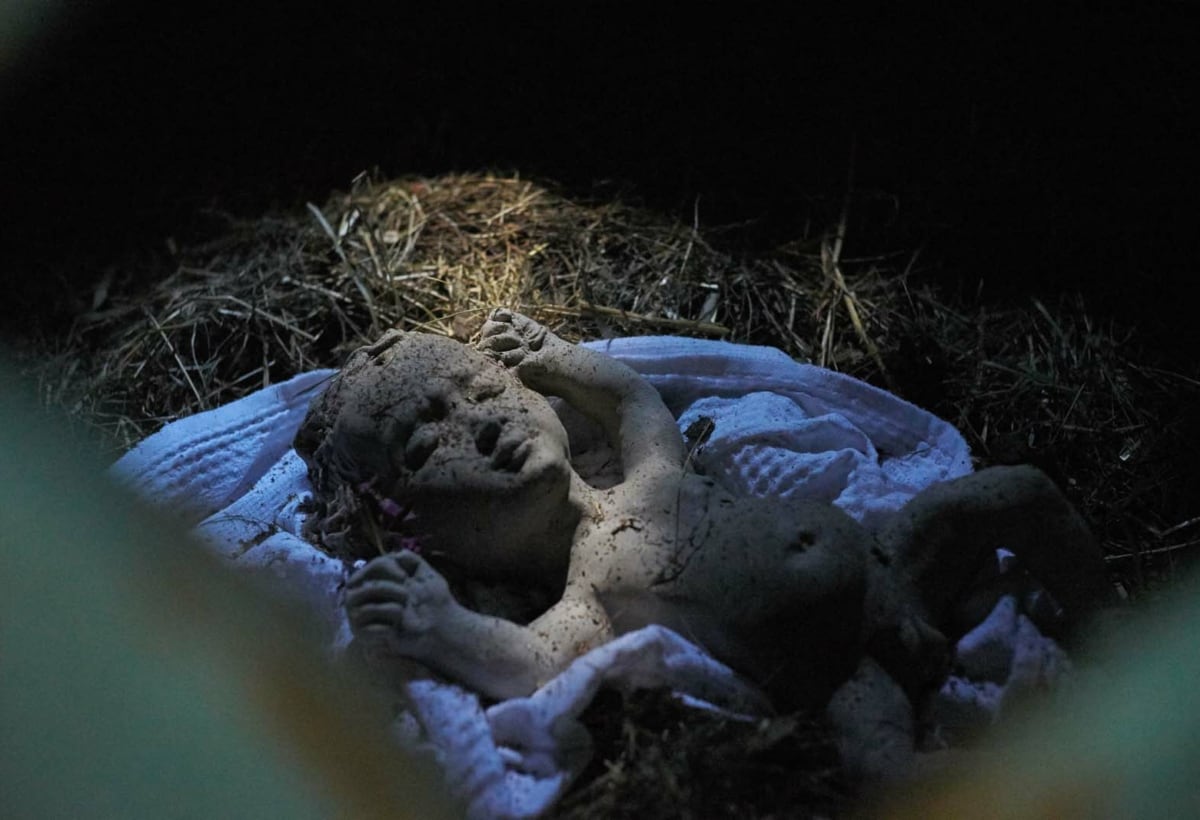 Finally, as a final near-clandestine intervention, Althamer initiated a participatory project in the form of a book that circulated among local hotel employees and support staff working in the tourism industry, asking them to write down their definitions of paradise. The book returns a collective portrait of the people who work in the valley to preserve the illusion of a paradise holiday destination, amplifying the artist's reflection on spirituality in everyday life. 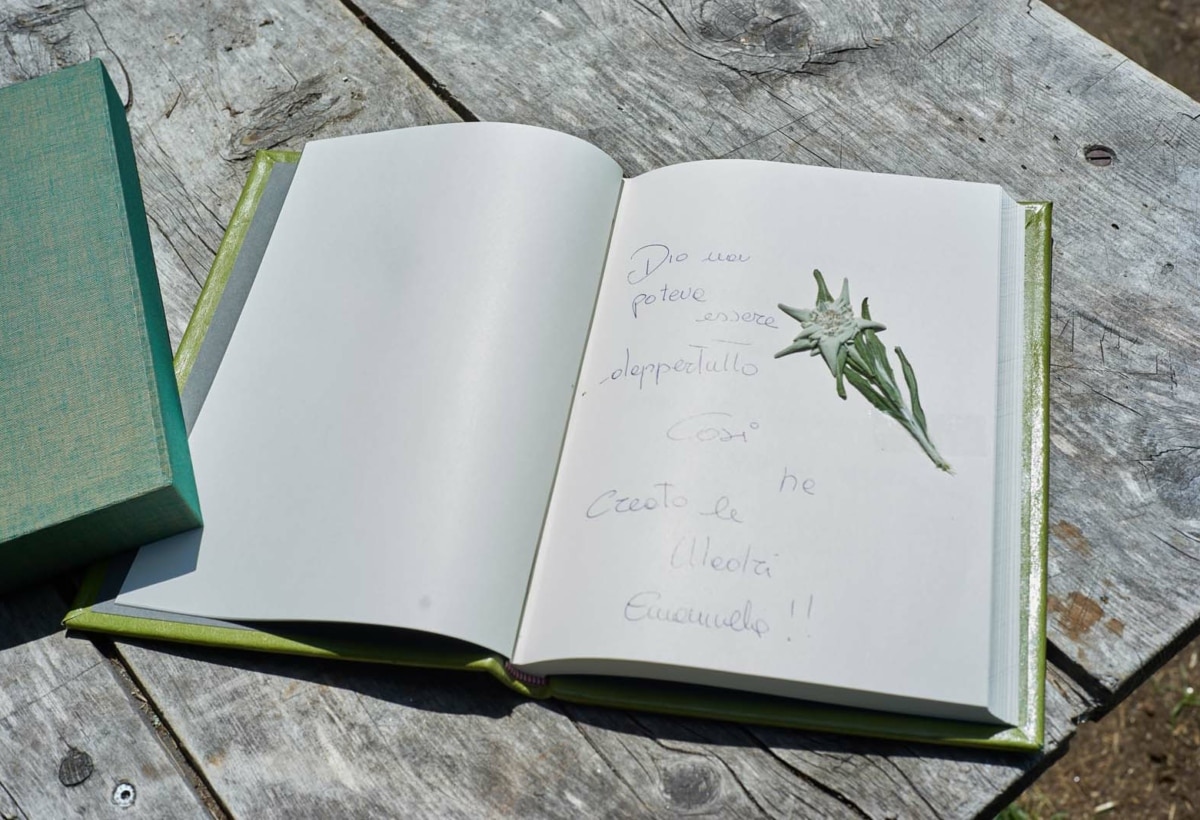 On the occasion of this project, the activities of a research pole will also start, coordinated by Giuliano da Empoli, which will accompany the path of the Beatrice Trussardi Foundation with a series of explorations beyond the boundaries of contemporary art, rooting the artistic interventions in a careful survey of the physical, social and cultural territory in which they will enter. 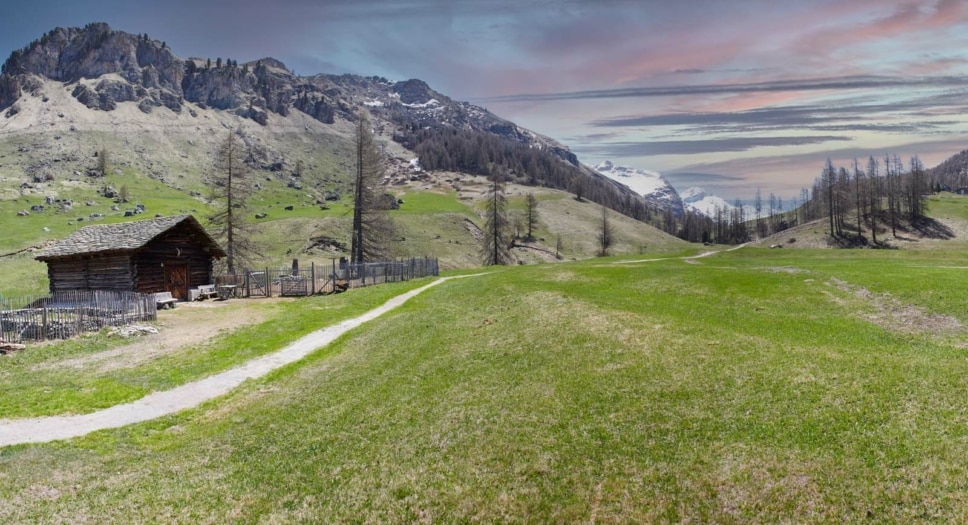