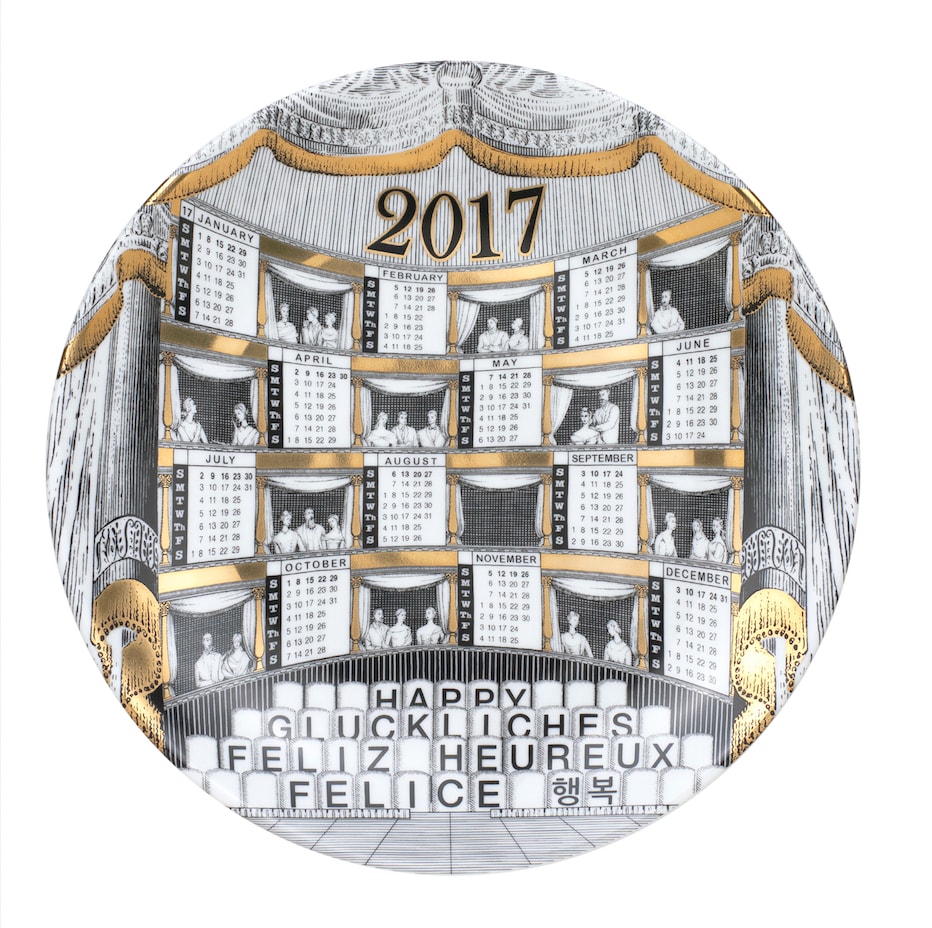 In 1968 Piero Fornasetti started the tradition of the Calendar Plates.

From 1968 to 1989 the decorations of the series were done by Piero, and the plates became collectors’ items. After that, his son Barnaba has kept the tradition alive, continuing limited-edition production: just 700 pieces per year.

The 2017 edition is the 50th, and the image chosen by Barnaba Fornasetti shows the balconies of a theater.

This choice is meant as a good omen for a new project of Fornasetti that continues in 2017: the production of the opera Don Giovanni by Mozart. Together with a team of outstanding artists, Fornasetti has gone back to the original version of the opera performed in Prague. The original instruments for which Mozart created Don Giovanni will again be heard at Teatro della Pergola in Florence in January, after the premiere in Milan at the Teatro dell’Arte.