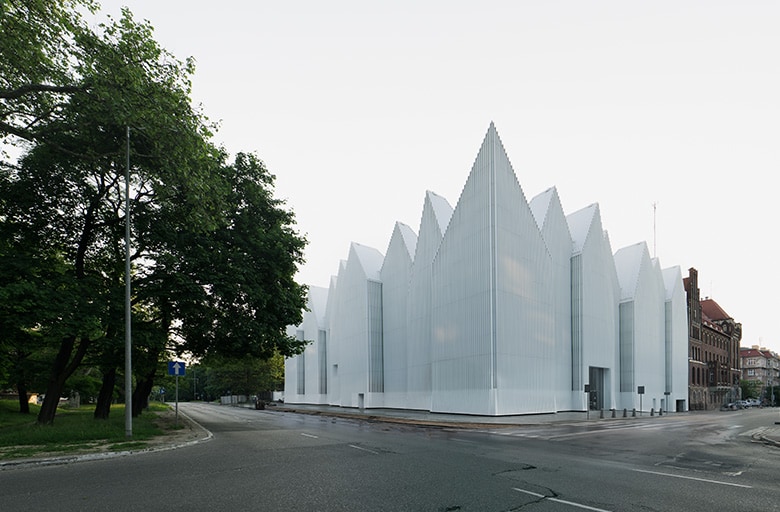 The award created by the European Commission and Fundació Mies van der Rohe honors architectural excellence and the important contributions of European professionals in the development of new ideas and technologies.

At each biennial edition the nominated works (completed over the last two years) are selected by a group of independent experts, members of the Architects’ Council of Europe (ACE) and other national associations of architects. The jury selects two works: one for the Award and a Special Mention. The jury has also chosen 40 projects for an exhibition and a catalogue.

Over 420 works were nominated in 2015, from which the jury (composed of Cino Zucchi, chairman, Margarita Jover, Lene Tranberg, Peter L. Wilson, Li Xiangning, Tony Chapman, Hansjörg Mölk, Giovanna Carnevali and Ivan Blasi), at the first meeting in Barcelona, selected five finalists, then picking the winning work, the Szczecin Philarmonic by the studio Barozzi/Veiga.