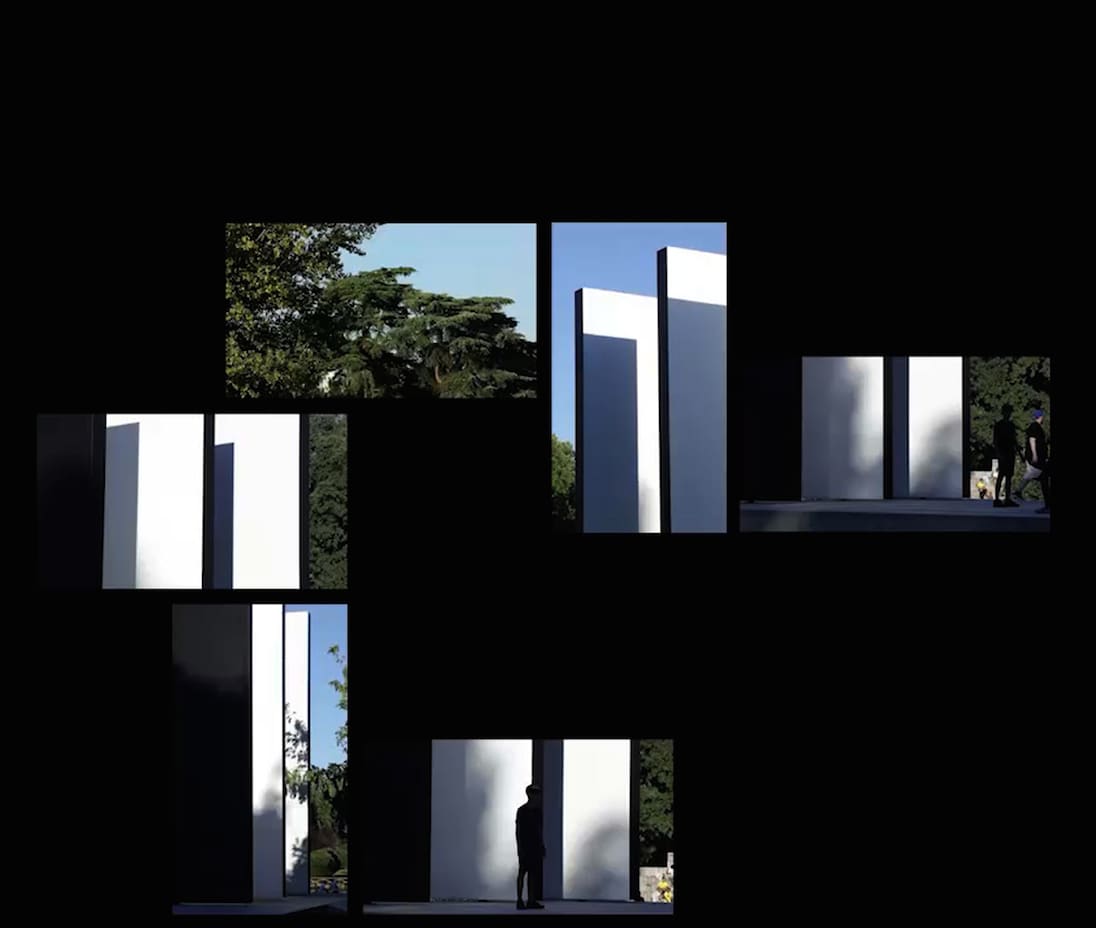 “What would happen if Milan were suddenly surrounded by the sea?” (from Grammatica della Fantasia by Gianni Rodari)

What would happen if Portello became an airplane runway? And if the San Siro Stadium became a spaceship, swallowed up by a space-time vortex?

These are just two of the fantastic hypotheses found in this narrative of Milan.

The installation tries to cross time with the gaze, the layered patterns of the city, seeking things repressed or overlooked, finding the past in the present.