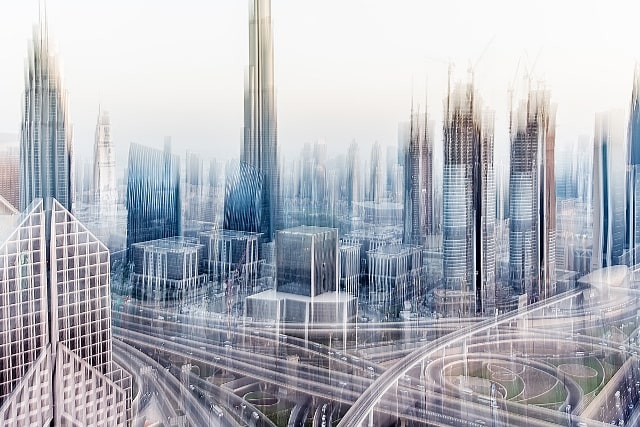 Roberto Polillo presents the premiere, at BAG – Bocconi Art Gallery in Milan, of his new project on the city of the future.

Curated by MIA Photo Fair in collaboration with BAG Bocconi Art Gallery, and introduced by an essay by Alessandro Luigi Perna, the show features images taken in some of the most rapidly changing cities of the world, as if the buildings shown belonged to a single great city that is the synthesis and manifesto of the architectural and urban imaginary of contemporary man.

Made with the ICM technique (Intentional Camera Movement) which calls for long exposure times and the movement of the camera during the shot, followed by careful post-production processing, Polillo’s images are fascinating pictorial representations of reality