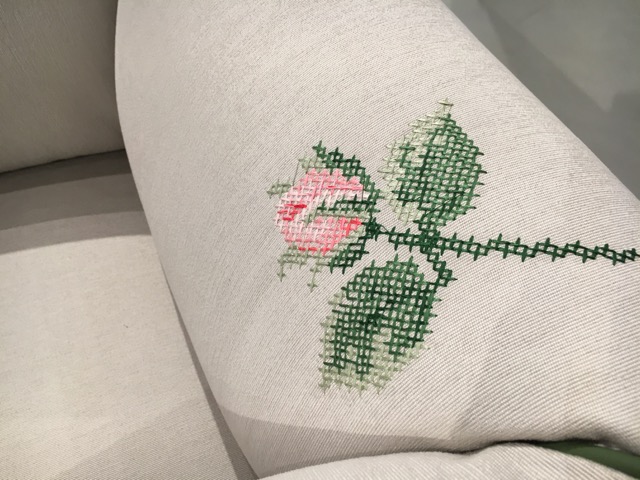 The project “Rosae, rosarum, rosis,” selected from a wide range of competing proposals, represents a possible answer to the question of 21st Century. Design after Design. What is the future of Italian design?

Paola Silva Coronel, interacting in practice and teaching with masters such as Ezio Manzini, Andrea Branzi and Michele De Lucchi, with whom she still teaches at Politecnico di Milano, has tried to provide a possible answer.

After nearly 70 years of industrial production, large serial production runs no longer have the kind of appeal they did in the 1950s and 1960s, when in the aftermath of a panorama of crafts and one-of-a-kind items, thousands of identical products were synonymous with modernity .

Large production runs were constrained by the available technologies, which required major upstream investment in infrastructure. Creativity was therefore the task of a chosen few, seen as trendsetters, thanks to whom commercial success was guaranteed.

Today, digital technologies make it possible to produce unique pieces and take action on industrial products, introducing decoration as a distinctive element. The web, with millions of images, is the biggest source of inspiration of all time, widening horizon of reality. The creative process remains the central factor of design and makes no distinction between media, technologies or manual skills required to transform ordinary products into unique heroic gestures.

The installation is formed by a macro-size cross-stitch embroidery made on a metal grid, where the handiwork is clearly visible. To the sides there are two panels: one with many images of roses, from Adobe Stock, one of the largest image banks on the web, to symbolize the creative potential of the Internet; the other with the same cross-stitch embroidery, produced in many copies by a Tajima multi-head machine, where the intervention of technology becomes clear.

Finally, the Mia chair by Mdf Italia, which the Milan-based company has decided to provide for this initial experiment. Again, an embroidered rose becomes the decorative feature, changing the original DNA of the chair to make it unique.