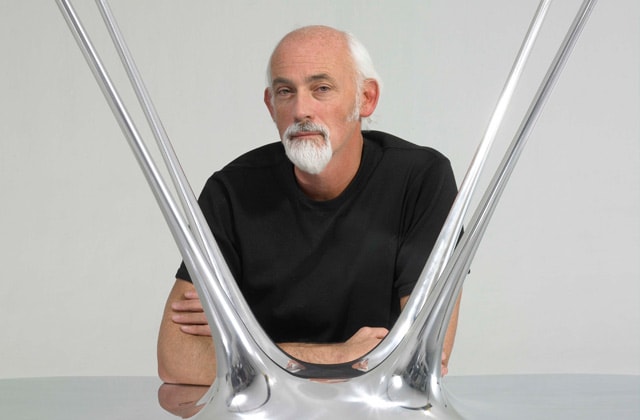 The first solo show in Italy for the internationally acclaimed Welsh designer offers a series of artworks based on the personal research Lovegrove has conducted over the last few years with the Liquid Collection, already partially show in the exhibition Endurancein New York in 2007 at Phillips De Pury. The show at the Cardi Black Box gallery (Corso di Porta Nuova 38) includes two new projects, Long Liquid Bench and Liquid Shelving, as well as a spectacular video piece created for the spaces of the gallery. Endless completes the research of Lovegrove as an artist in the field of experimentation and limited editions, a fertile territory in which this artist-designer has decided to develop projects that were too ambitious to be proposed for mass production. www.cardiblackbox.com.