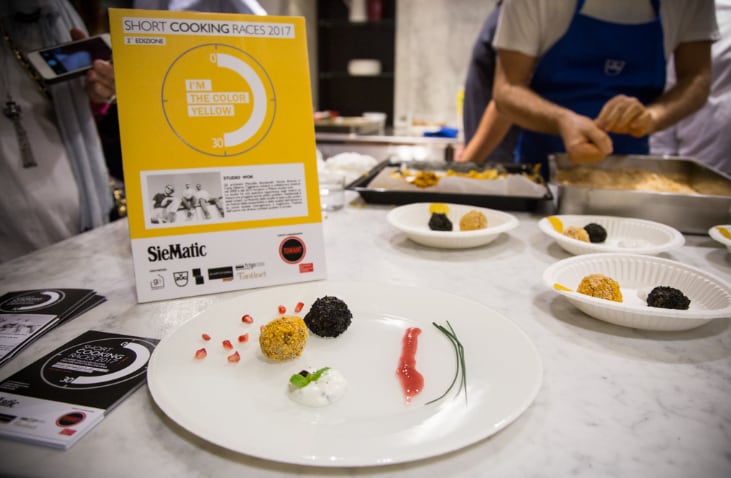 In Milan at the new SieMatic flagship store, the second evening of the second Italian edition of the ShortCookingRaces, the quick cooking competition for architects.

This is a calendar of three appointments (the last one is on 22 November), plus the final, where the protagonists are some of the most interesting architecture studios in Milan compete in true fast cooking contests, lasting just 30 minutes, simultaneously making the same dish under the supervision of the chef Umberto Zanassi.

The audience at each event votes for the best dish of the evening, enabling the winning studio to move on to the final of the ShortCookingRaces|2017, held in Milan on Wednesday 13 December.

The studios in the second round were: Studio Bello Dias, Studio DC10, Studio Wok. The dish was a Persian recipe, which each studio interpreted, cooked and presented to the audience.