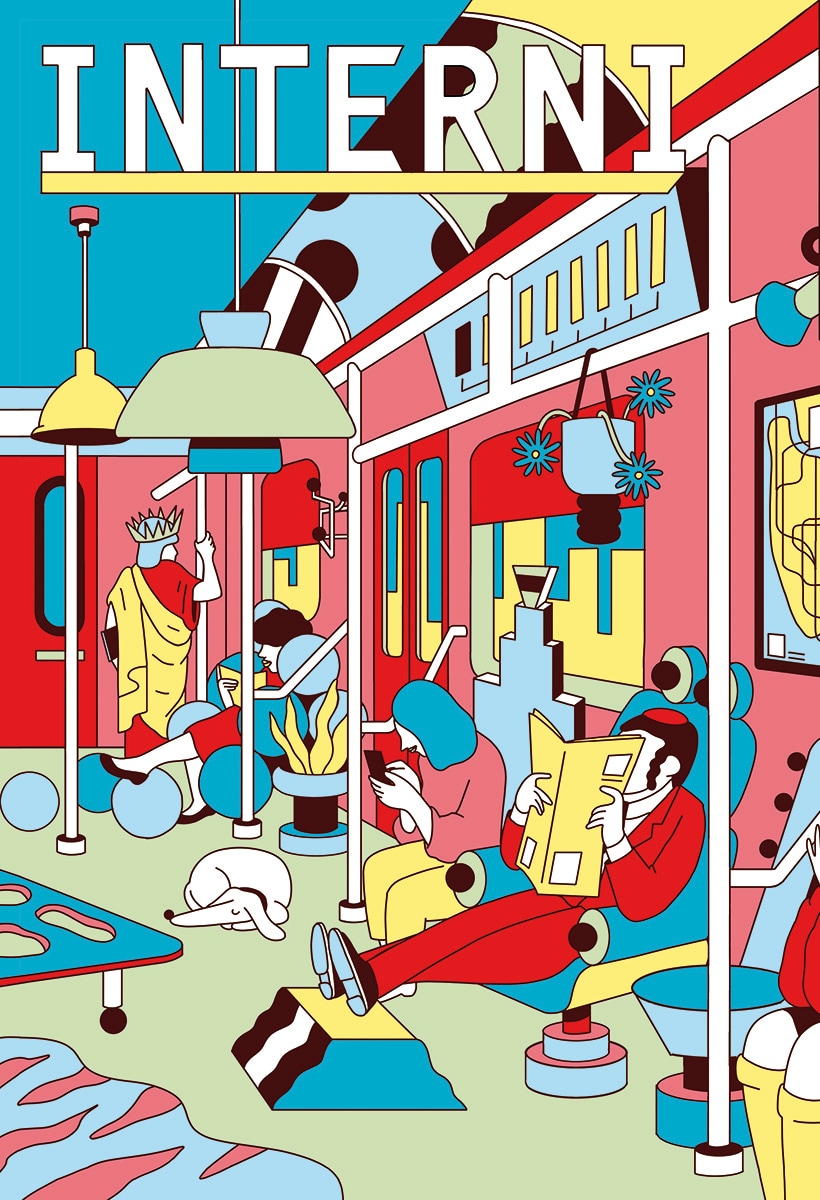 Coming Home
After years of moving between Venice, Berlin, Milan and New York, the Venetian illustrator Elena Xausa has returned home. And the Civic Museums of Bassano del Grappa dedicate a solo show to her that emphasizes her fresh and captivating, everyday and pop style. Like the one created for the cover of Interni May 2019

An illustrator who grew up in the Venetian hills, Elena Xausa often moves, and her work follows her everywhere. She has lived in Venice, Berlin, Milan and New York, but has now returned home to Marostica (Vicenza), her hometown. And she retraces the – young but pregnant – story of her. 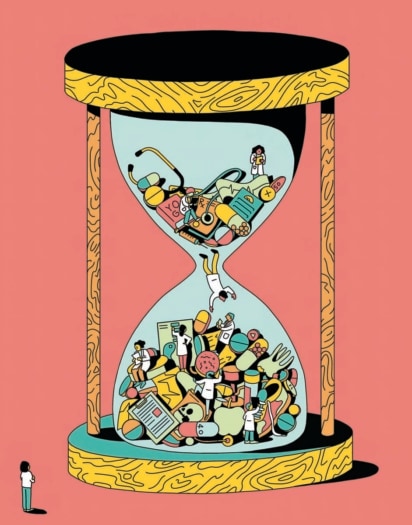 Graduated in industrial design from the Iuav University of Venice, her passion for design also accompanies her during her career as an illustrator. Her works are characterized by an ironic and fresh look that brings together everyday objects and human elements in an unprecedented and unsettling way. The dry graphic sign creates essential shapes and lively subjects: a synthetic approach that makes the message that the images want to convey clear and effective. 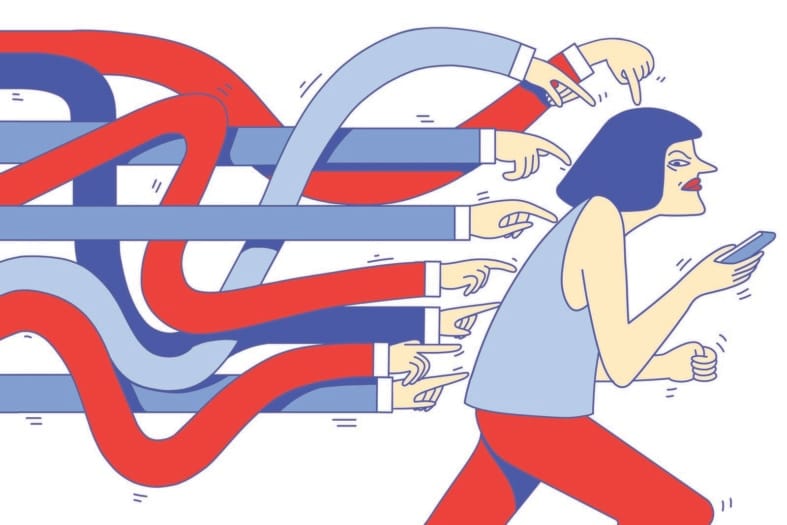 Now, having returned to her places of origin, the Civic Museums of Bassano del Grappa dedicate a solo show to her. In fact, from 26 June to 20 September 2021, they host Elena Xausa. Coming Home, an exhibition by the internationally renowned artist and illustrator – but also by her fellow citizen – which brings together over 70 works, selected from those that best express her ten-year career.

The exhibition is curated by Melania Gazzotti who also took care of the catalog with Andrea Rossato and Ayla Anderos. 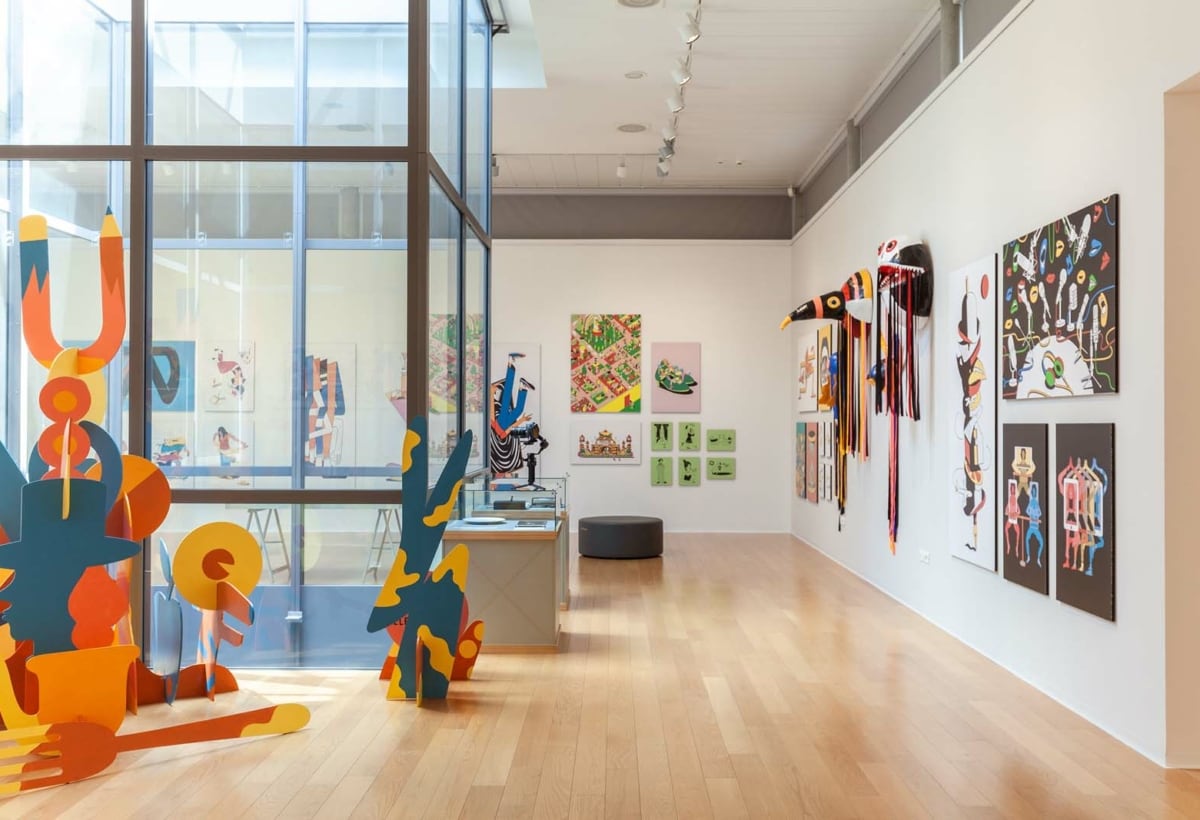 In ten years of activity carried out in various international cities, Elena Xausa has lent her characters and her immediate and recognizable style to large companies (Apple, Nike, Vitra, Herman Miller, La Rinascente, Adidas, Fendi), realities such as the Theater alla Scala and ADI - Association for Industrial Design and international publications such as The New Yorker, The New York Times, New York Mag, Financial Times, Le Monde, Die Zeit, Monocle, Rolling Stone, Interni - for which he designed the cover of the May 2019 issue - and many others. 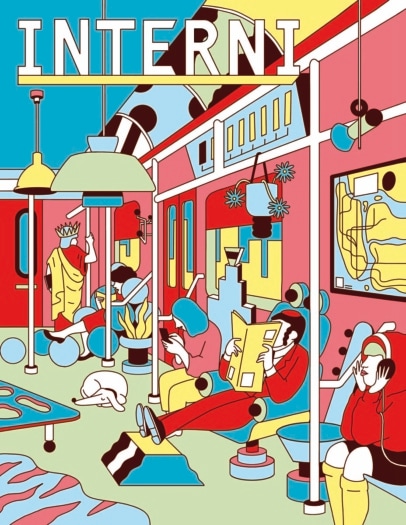 Whether it's translating a topical article or an advertising campaign into images, Elena Xausa appropriates scenes from everyday life that she reinterprets with irony, often giving life to paradoxical combinations and situations. In her career, she draws on different sources, from fashion to design, from popular culture to contemporary art. The resulting language is characterized as strongly international, apparently simple but at the same time extremely refined. 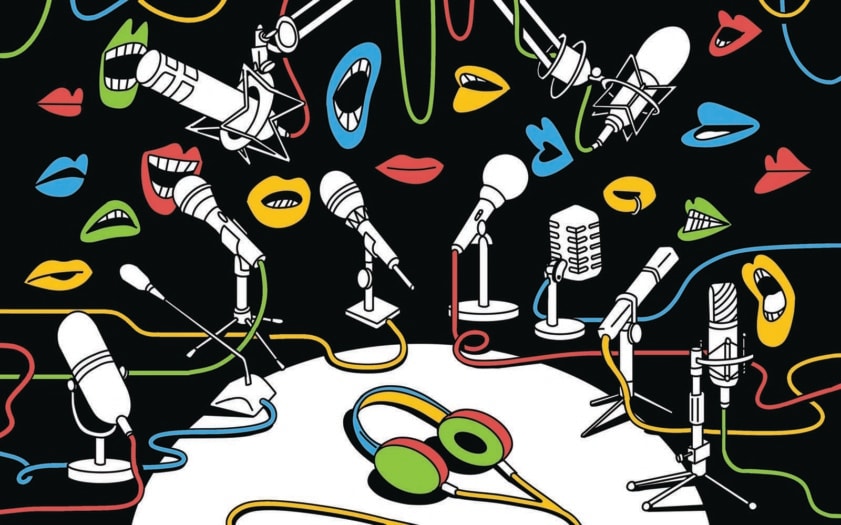 In addition to her work as an illustrator, Elena has continued over the years to devote herself to personal artistic research that has led her to explore the infinite possibilities of drawing and to develop her work also in the third dimension, with the creation of site specific installations, design objects and clothing. 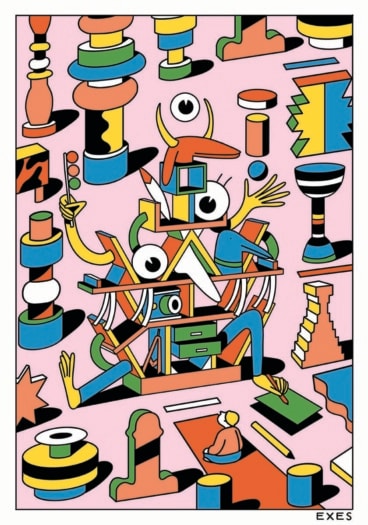 Elena Xausa, Tributo a Sottsass, ADI, 2021
The result is a curated and entertaining exhibition, complemented by videos, animations, installations and objects. In the museum context, Elena's contemporary, vibrant and colorful graphic sign stands out particularly. 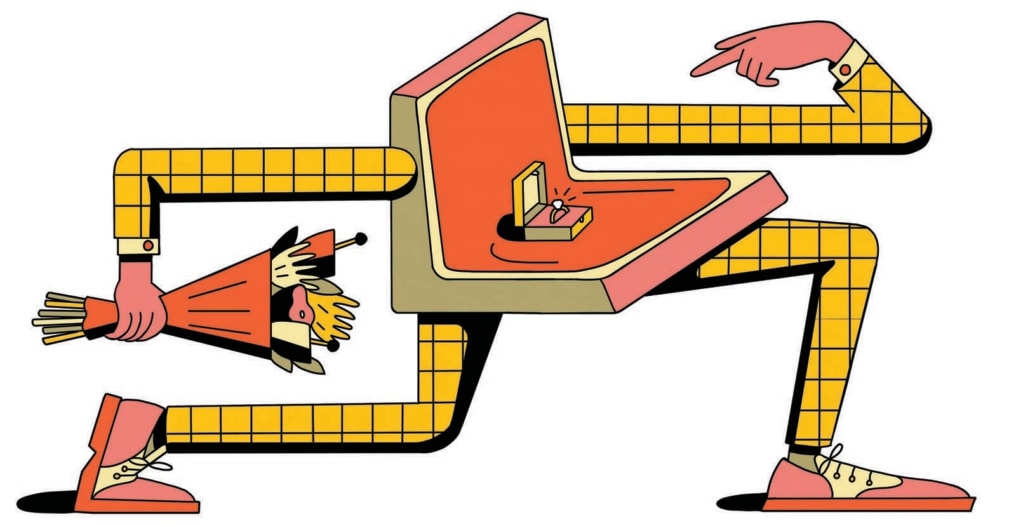 Among the different series on display, there is also the one produced by the artist specifically for the occasion: Remote future. The Ponte Vecchio in Bassano del Grappa. Also known as “Ponte degli Alpini”, recently returned to the community after the restoration works, it is the protagonist of a triple representation that, in a free and irreverent way, connects past, present and future. 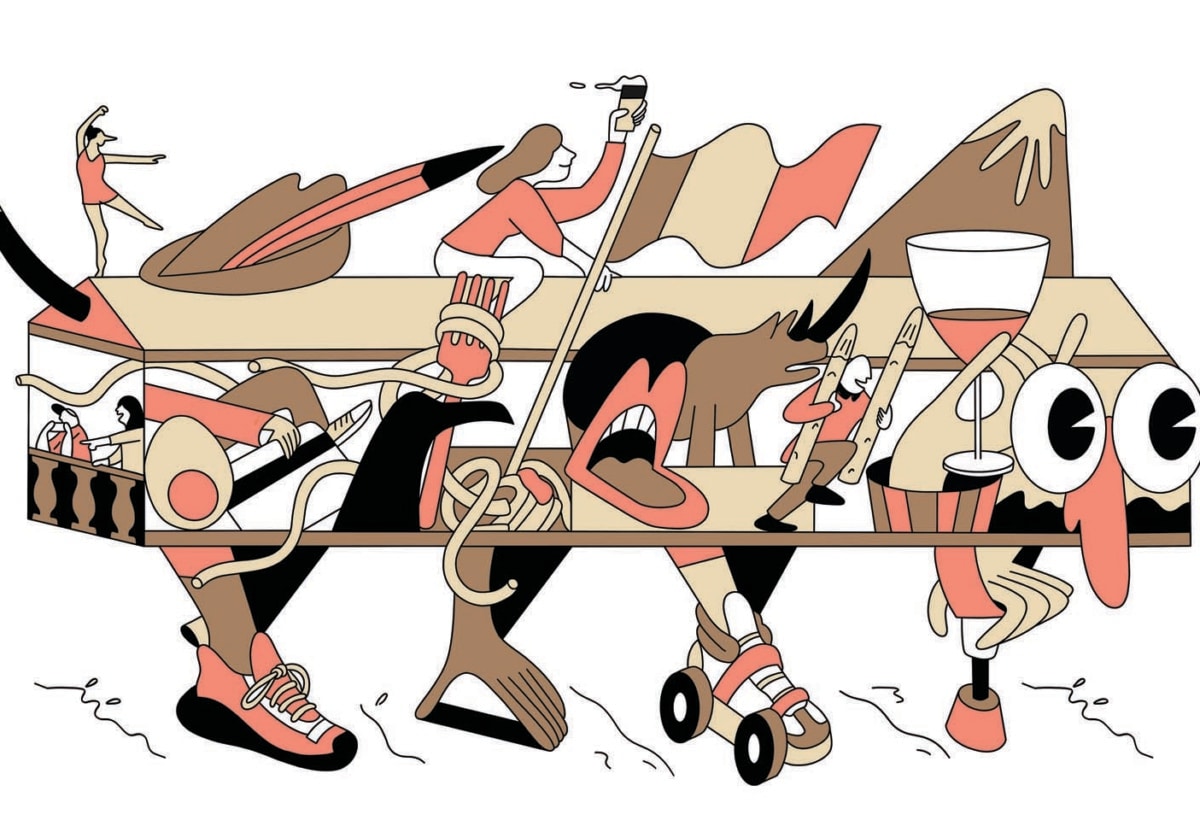 Elena Xausa's figurative universe is a vocabulary of images in which reality and fantasy meet. With her style, the Venetian artist with an international vocation speaks to multiple visual cultures, 'throwing a bridge' towards the observer and inviting him, at the same time, to smile and reflect. 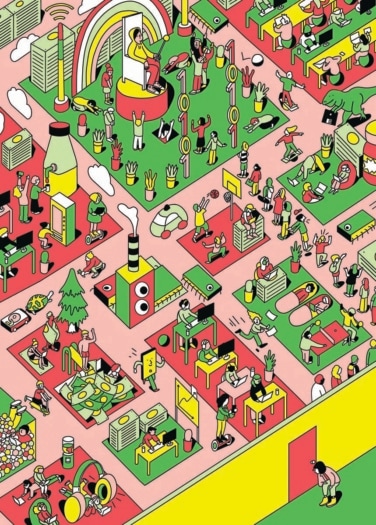 Coming Home is an eco-sustainable project, attentive to the reduction of waste and waste while respecting the environment. The illustrations on display and part of the exhibition set-up, in fact, are printed with ecological and recyclable materials.

In Salento the gaze is beyond