The Disorderly: Sonia Boyce on show in Brescia

#latest2023-en
The Disorderly: Sonia Boyce on show in Brescia

In Brescia, at Apalazzo Gallery, a small but intense show by Sonia Boyce explains the magic of randomness (in art and in life)

We met in Brescia, at Apalazzo gallery , the artist of the British pavilion Leone d'Oro at the Venice Biennale 2022, Sonia Boyce : her exhibition The Disorderly opens to the public today November 29th.

About Sonia Boyce and the UK Pavilion, winner of the Golden Lion at the 2022 Biennale read here

On display: two video installations with two screens positioned on huge walls covered with wallpaper that reproduce patterns inspired by the most significant images of short films (and numerous photographs). The close relationship between the wall decoration of the container and the contents is the result of the same poetics that animated the UK Pavilion at the Biennale Arte 2022 . 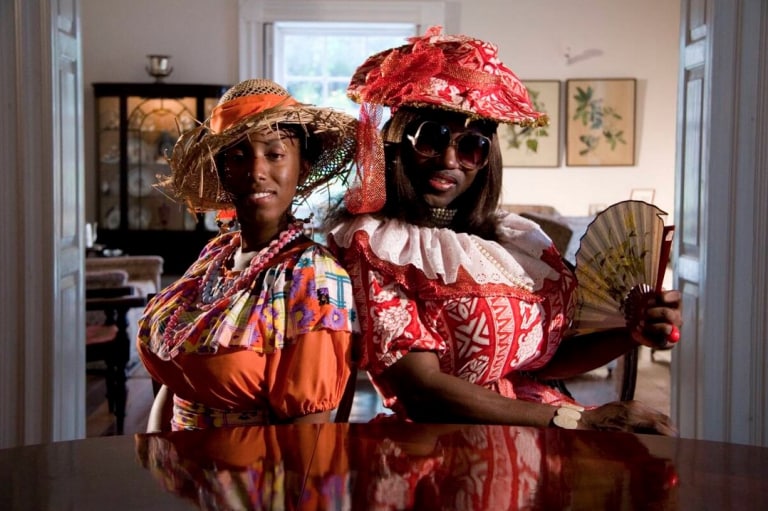 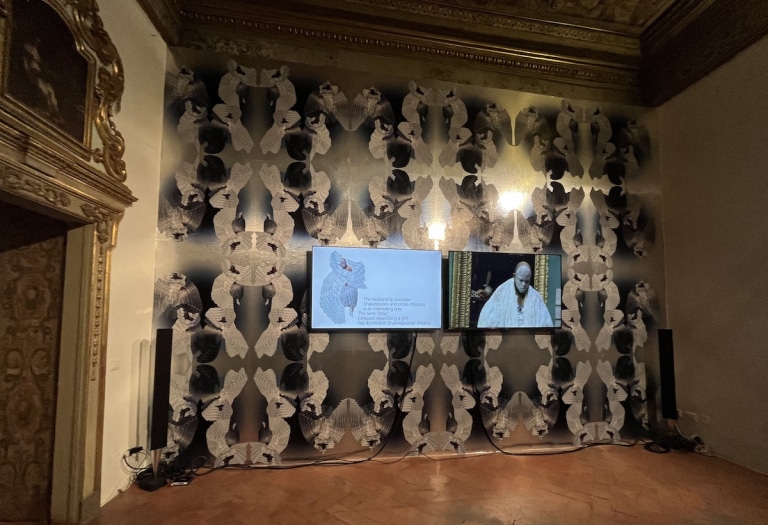 Is something always happening?

Sonia Boyce: "Everything happens because it's a question of chemistry. My role as an artist is to create alchemy between people , often involving the public as well, and then to choose the most significant events in the editing. But I never know what will happen when we film a performance because everything is based on randomness, the random element ".

Why is the random element so interesting?

"Because it is the different that changes what we had planned. The different is an integral part of our life which is a continuous research on how to deal with it and how to manage it".

How do you come, as an artist, to entrust the creation of the content of your work to others?

"For me it was a voyage of discovery born from the fact that I felt trapped in other ways of producing art. I graduated when conceptual art was at its all-time high. For conceptualists the idea comes first and then the way to illustrate it: the artist's work is a physical manifestation of a preconceived thought . I have tried for years to design art like this but I felt that I knew where I was going to be a stretch. And I started trying to do things differently. "

How do you recognize the power of the random element?

"I often realized that in my works the qualifying element - often also their true meaning and raison d'etre - was not what I had previously thought but the result of a reflection matured during production Something I hadn't originally thought of.

For years I thought they were mistakes then I wondered if my value as an artist did not lie precisely in the ability to bring out meanings and senses from something other than an iron project.

My professor told me my work was post-intentional and I took it as a criticism. I started thinking of it as a compliment. Ok I don't know what I am doing but I record what happens in the process: and this is what I know how to do well and that I leave to the world. "

Do we plan our lives too much?

"Absolutely yes. And along the way we miss out on many things that could potentially happen. Or, better, we often ignore them. It's a shame."

The exhibitions not to be missed this week: from 23rd to 29th January