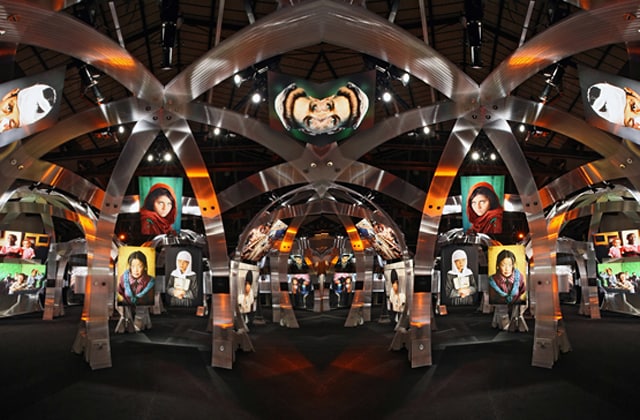 In the exhibition spaces of the Pelanda at Macro Testaccio, a large solo show on one of the greatest contemporary photographers, a member of theMagnum agency since 1986, and a war reporter known to the general public for his portrait of an Afghan girl with green eyes, now a worldwide icon. Studio Novembre has done the exhibit design, like a nomadic village in which the structures interpenetrate to convey the sense of solidarity found in McCurry’s photographs. The curator Fabio Novembrehas selected the pictures not on the basis of factors of space and time, but for affinities of subjects and emotions.