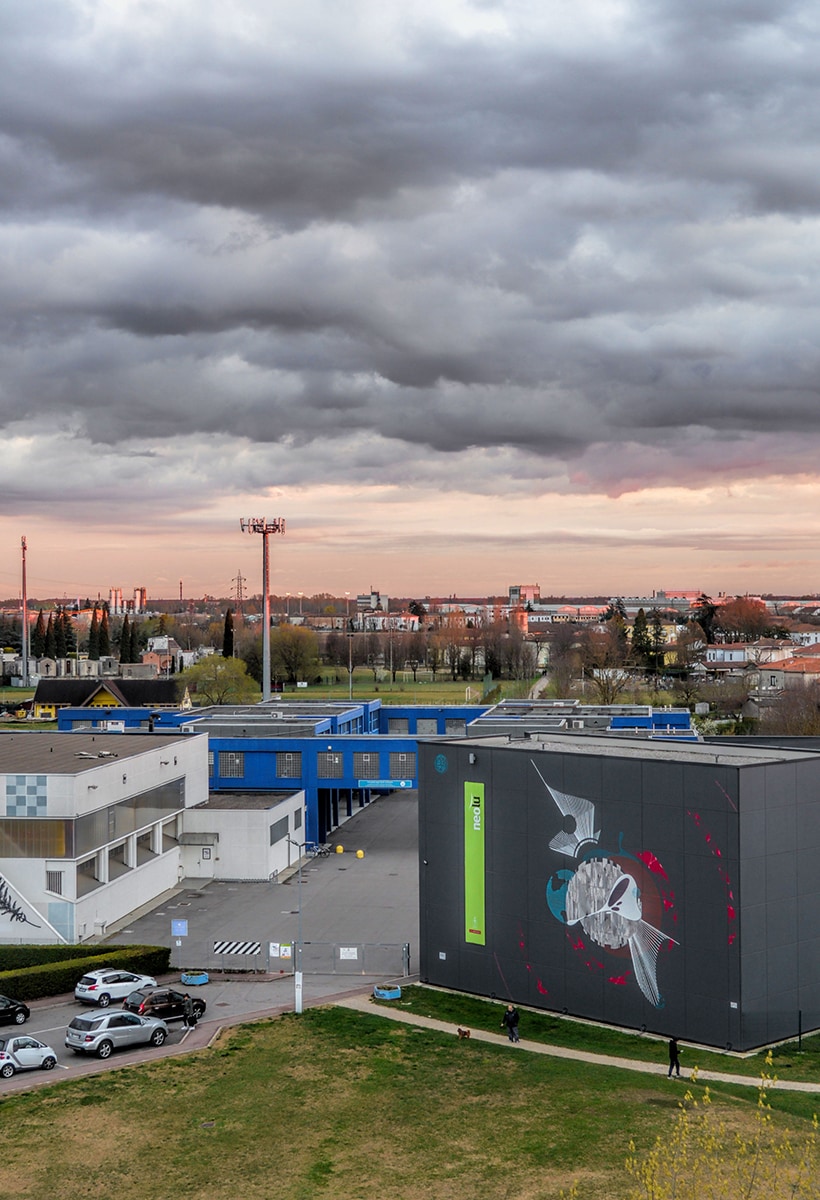 Urban art in Padova and Mantova

Urban art in Padova and Mantova

Two kermesse, in Padua and Mantua, celebrate urban art which redesigns and upgrades cities, neighborhoods and towns. And it transforms closed commercial spaces into ateliers

June promises to be a month with a high rate of urban creativity. Numerous Italian and international artists will be at work on the walls of the buildings in Padua, Abano Terme and neighboring municipalities and in the Lunetta district of Mantua, committed to tracing regenerative landscapes, weaving artistic bonds intended as connections and exchanges, in the name of rebirth – urban, artistic, social and economic – but above all of openness, participation and active collaboration with the local community.

Read also: how public art in Milan is open to everyone 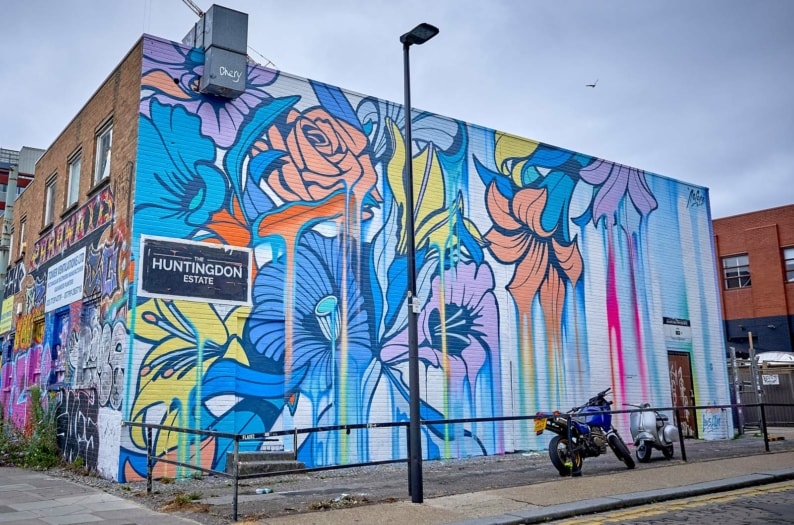 In Padua and its surroundings, cities and municipalities are colored. With anti-smog paint

The first appointment with Street Art is Super Walls, l the biennial that, from 5 to 20 June 2021, invites dozens of Italian and international artists to embellish large walls located in the urban fabric of eight municipalities between Padua and Abano Terme through their works. 40 street artists, including 12 women involved in the WonderWalls spin-off, from five European countries, will elaborate the theme of the post-pandemic rebirth on 35 surfaces made available by private and institutional realities, companies and recreational facilities, supermarkets and religious institutes, up to the University of Padua and the city hospitals. And they will do it with Airlite anti-smog paint, a special paint capable of absorbing pollutants that transforms the walls of buildings into a natural air purifier, powered by solar energy. 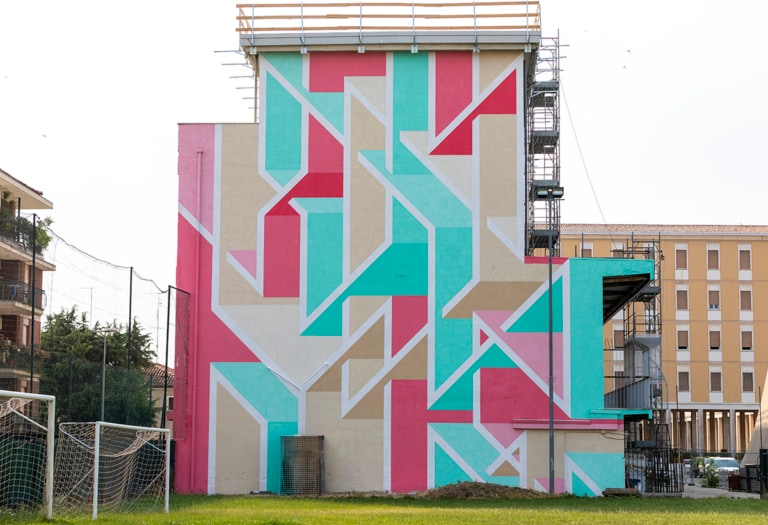 Super Walls 2021 celebrates street art as a tool for enhancing the urban landscape. Already on the occasion of the 2019 edition, 20 impressive urban works were created that weave a common thread between the host municipalities, as if it were a single open-air art gallery.

Watch also: a permanent urban art itinerary - in progress - in the Marche village of Mondolfo 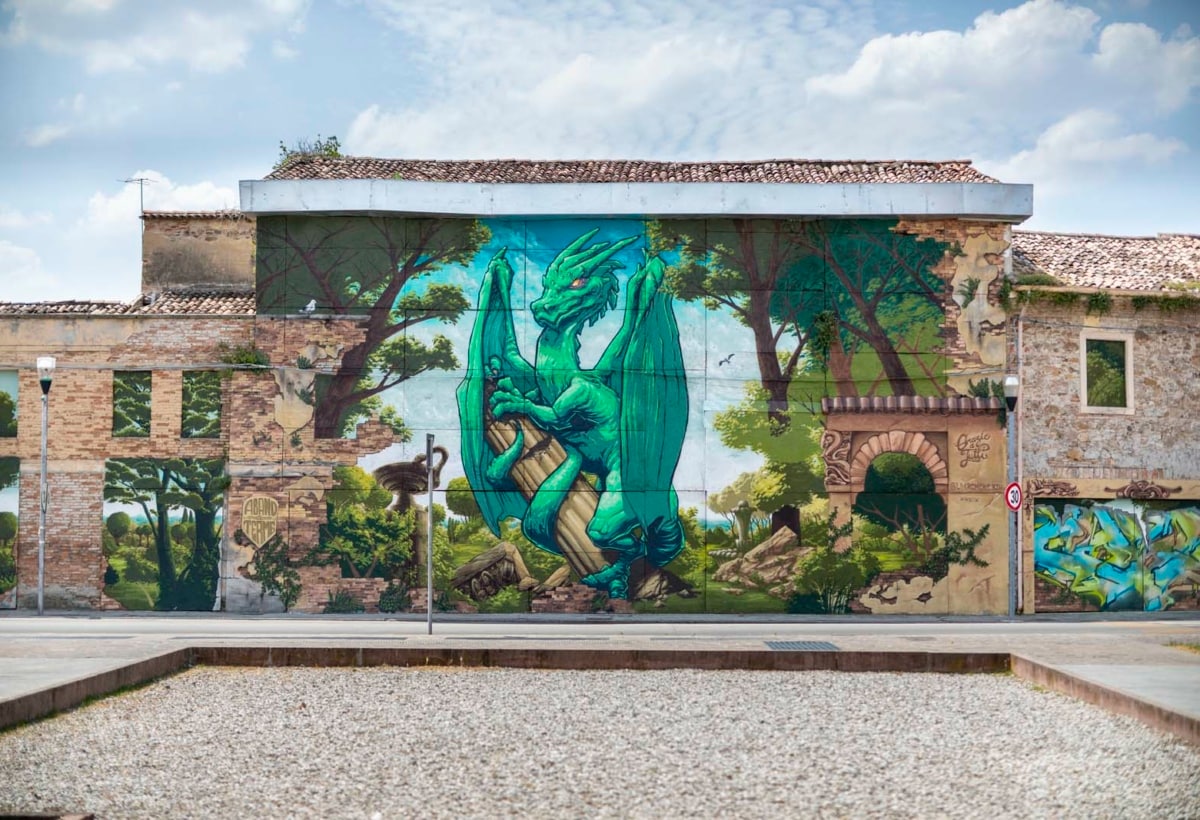 “Padua has a great tradition in mural painting, not for nothing the city is a candidate for UNESCO recognition for its cycle of fourteenth-century frescoes” exolain Andrea Colasio, Councilor for Culture of the Municipality of Padua. “We have a significant example of this even in more recent times at the Liviano, where Massimo Campigli created a work in 1939. There is a concept that connects the frescoes of that time to today, and that is that of public art conceived and created to be seen. from everyone. With these street art works in addition to those already present in many parts of the city, Padua thus becomes a stimulating open-air art gallery, accessible to all”. 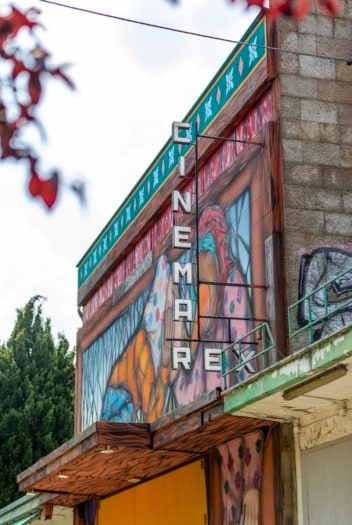 The parterre of artists who decided to join the call to action launched by the curators of the event Carlo Silvestrin and Dominique Stella is composed of the Paduan Alessio-B, Any, Ax, Boogie.EAD, Joys, Orion, Peeta, Roulè, Tony Gallo , Yama and Zero Mentale, and by numerous well-known names on the international scene, including the Dutch JDL and Nina Valkhoff, the Spanish Medianeras, Nuriatoll, Doa Oa, Spok and the Alegría del Prado, the French Nerone, Daco, Anna Conda, David Karsenty, the collective La Crémerie and the German Julia Benz. Among the other Italian creatives, Alessandra Carloni, Bolo, Evyrein, Gabriele Bonato, Mrfijodor, Paolo Psiko, Shife and Ra.Men. 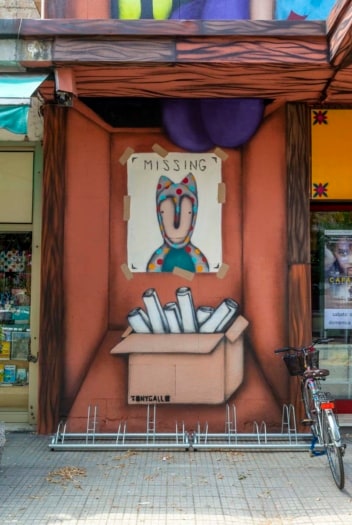 In Mantua, regenerative bonds without borders

From 14 to 26 June 2021 it will be the turn of the city of Gonzagas where the urban art festival Without Frontiers, Lunetta a colori, organized by Caravan SetUp association in collaboration with the Municipality of Mantua, which has been redeveloping the suburban district for 6 years, will return di Lunetta, now studded and colored by over 40 street artworks signed by Italian and international artists. The artists Tellas, David de Limòn, Erosie, Corn79 e 108 will be at work on the walls and squares, called this year to interpret the centrality of love, understood as mutual attention and union, sociality and exchange, connection and bond. The theme of the 2021 festival will in fact be that of the copulative conjunction “and”, according to the interpretation of the essay Eros in agony by the Korean philosopher Byung-Chul Han. 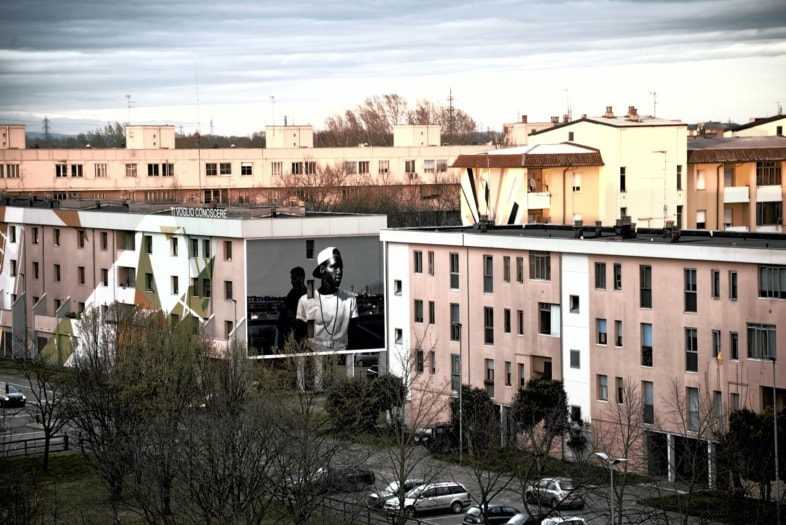 The calendar of collateral events, workshops, courses, initiatives for adults and children, professionals and simple enthusiasts is rich. In particular, on June 19 there will be the inauguration of the ateliers of the winning artists of the Lunetta Cultural Camp, which has made disused spaces in the neighborhood available free of charge to creatives. 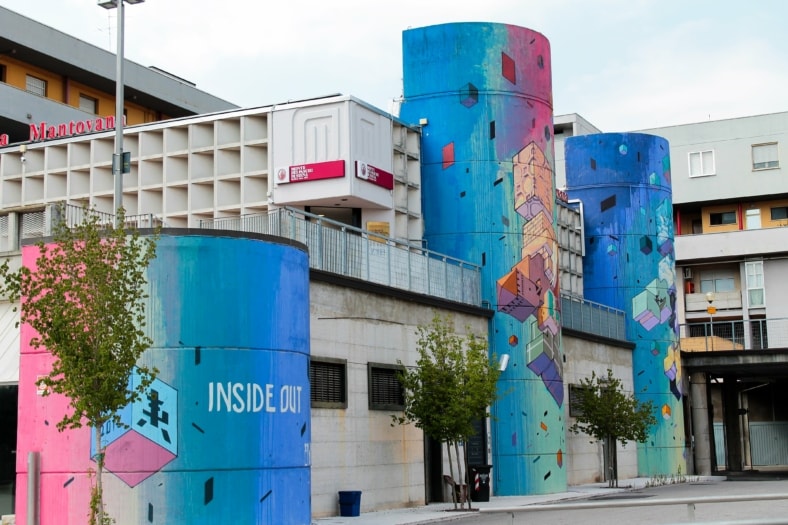 With the Lunetta Cultural Camp call, artists, designers, actors, film-makers, writers and associations have applied to receive a space on loan for use free for 1 year (with the possibility of renewal for 1 or 2 years) vacant spaces to transform them into creative studios, thus becoming real engines of economic and social recovery. Candidate projects were asked to be able to have a significant impact on the territory, to respond to criteria of innovation, sharing, integration and sociability, but above all direct involvement and active collaboration with the local community. 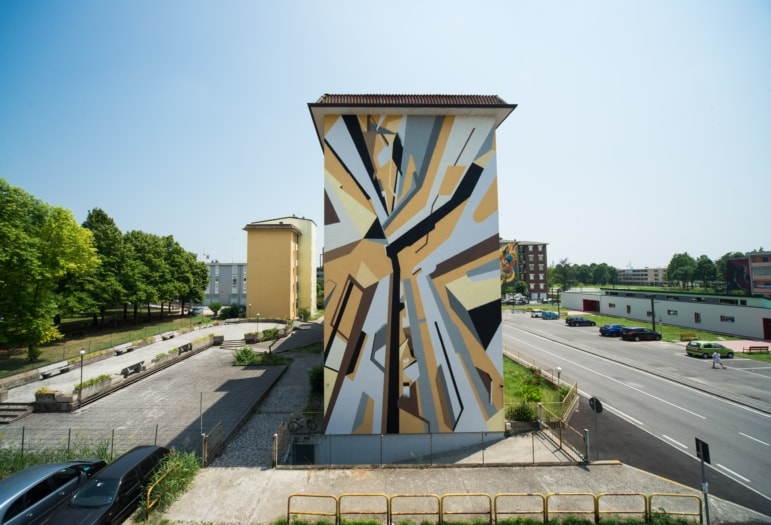 Production and artistic training with proceeds destined for social initiatives, ‘contact’ portraits and writing for ‘emotional use’ and communication workshops. These are the main contents of the three winning projects: Academy of Arts with Base Luna, Elena Bugada with Lunetta in contact and Andrea Pilati with ComunichiAmo Lunetta. 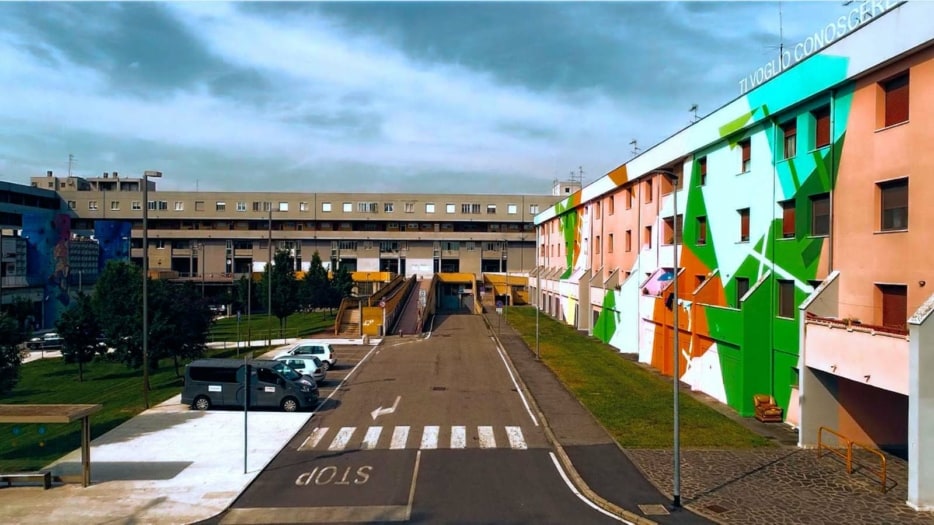 The places that host the Cultural Camp, two buildings located in viale Veneto, develop on two floors, have large windows and shop windows on the street and overlook the promenade that flanks the building known as Cocel, at the center of a very heated debate around. to the commercial crisis and the consequent abandonment of numerous local shops. 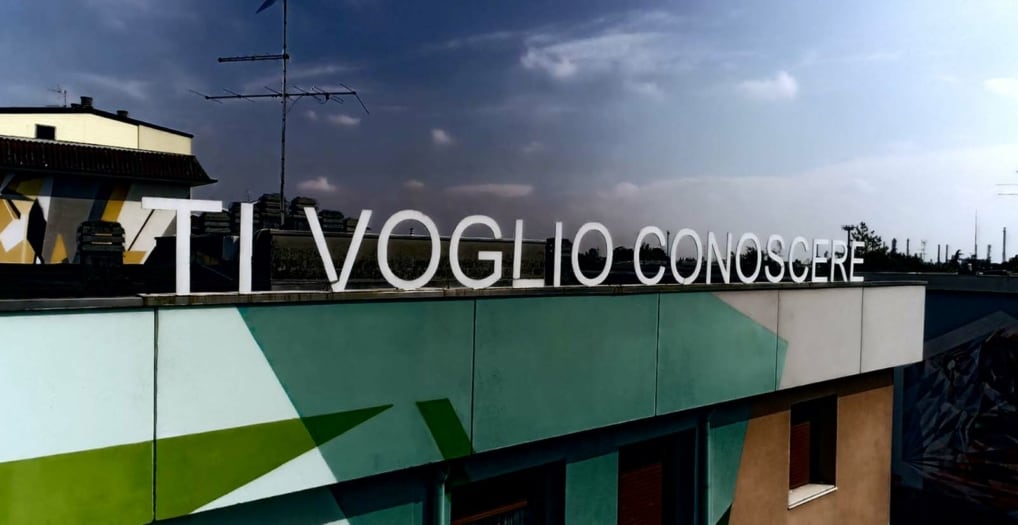 With a spirit of restitution, the winners will open their own studio on the third Saturday of each month starting from 19 June: a day of exchange and discussion with the inhabitants of the neighborhood that will allow them to share their work and make their professionalism available to citizens.

The new issue of Interni is on newsstand