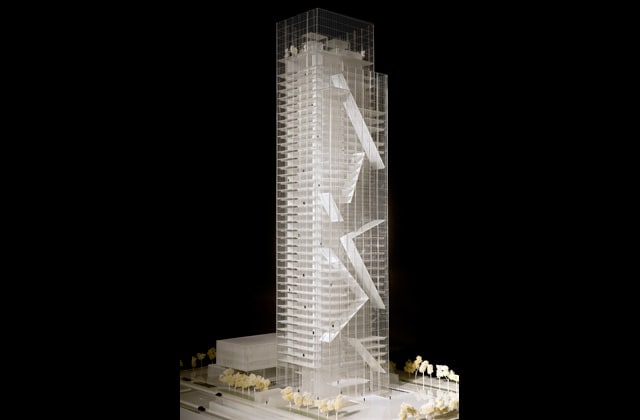 The contract has been signed for the construction and financing of the tower that will house the new offices of the Piedmont Region in Turin. Coopsette, guiding a group of companies, and Monte dei Paschi di Siena, at the head of a group of financial institutions, won the bidding by submitting the best technical/financial proposal. The project by the architects Massimiliano and Doriana Fuksaswill be constructed in 35 months. Work is slated to begin in the fall. The tower, inserted in the Turin skyline, will be the tallest in Italy, with a height of 205 meters for 42 above-ground levels and two basements. The major worksite of the new Convention Center of EUR in Rome, to be completed by the end of 2012, is now joined by the work on the Piedmont Region tower, meaning that the two most important works of Studio Fuksas will be under construction at the same time.