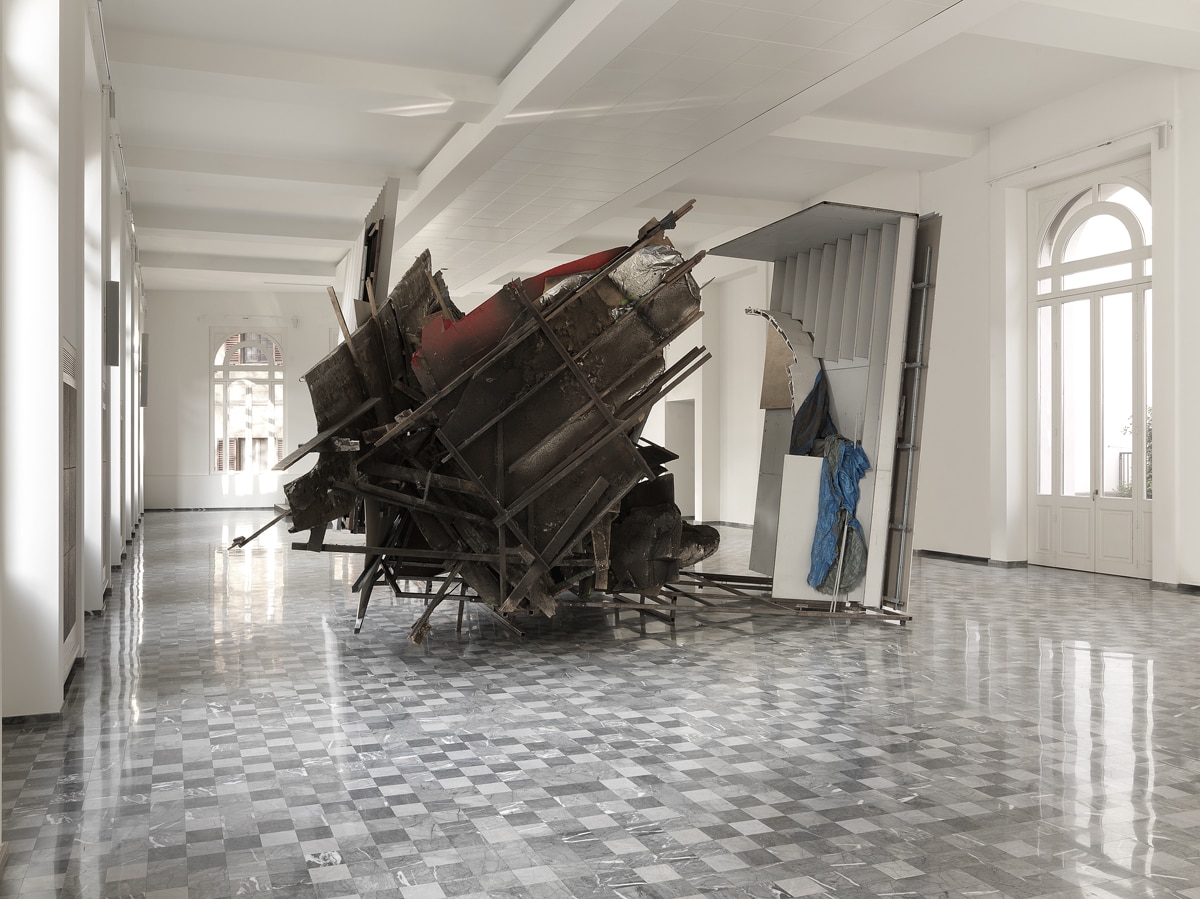 The Blind Leading The Blind

The Blind Leading The Blind

In particular, The Blind Leading the Blind #65 is a “monumental” creation of 10 meters in length and 6 in height, occupying the entire level of the hall of Palazzo De’ Toschi. It is made with a range of materials including iron pipes, plywood panels, carpeting, industrial scrap and construction rubble. A piece of architecture ambiguously perched between construction and destruction, erection and collapse. A powerful, spectacular image.

The second work, The Blind Leading the Blind #25, is an enigmatic object with a rugged irregular form, shown in a case like an archaeological find.

Both works have never before been shown in Italy.