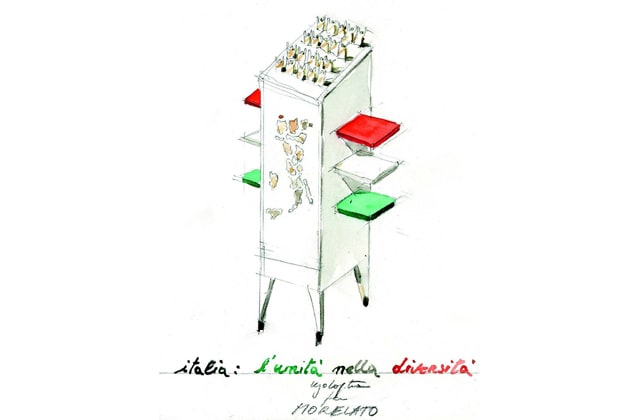 Always a strong point of Italy in the world, design couldn’t help but be part of the celebrations for the 150th anniversary of Italian unity.

So the colors of the three-tone flag have been put on lighting systems (Tato System, created for Luxit by Alberto Basaglia and Natalia Rota Nodari), furniture (like the piece by Ugo La Pietra for Morelato, named ‘Italia: l’unità nelle diversità’) and plastic seating for outdoor use or the contract market (the Lisboa collection by Joan Gaspar for Serralunga). And while Karim Rashid, with his ‘Italia spaccata’ iron table designed for Zerodisegno hints at controversy in our country that evidently finds its way overseas as well, the Sessantuna collection of tables developed by Gaetano Pesce with Cassina is part of a very detailed project: 61 models in resin (referring to the year of Italian unification), reworking the three-tone Sansone table, also designed by Pesce for Cassina back in 1980. If you put all the tables together, they form a map of Italy measuring 25 x 20 meters. Numbered in the historical order in which the individual territories became part of the new State, the Sessantuna tables celebrate the uniqueness, as well as the unity, of our country.