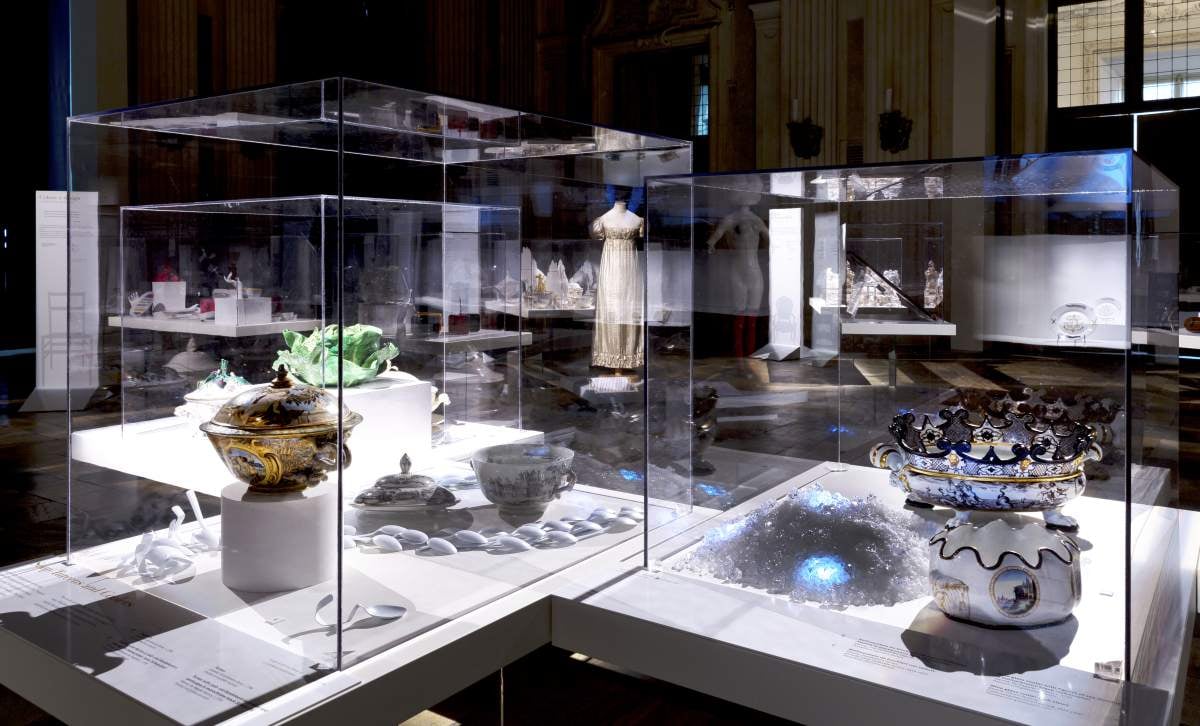 From 24 June to 18 October, in the Sala Senato, Palazzo Madama, Turin, Lago takes part in Time Table, an exhibition on the theme of the set table across the centuries, from the discovery of convivial living to social rituals and the major moments of everyday life

Ten Air tables painted white, in a radial arrangement around a central fulcrum, like the hands of a great clock that marks the time of history, are the protagonists of the exhibition, displaying objects invented and created – from the Middle Ages to the present – by artists and artisans to accompany the rituals of convivial dining.

From the table of King Arthur to that of the 20th century, the exhibition Time Table evokes – starting with the title and in tune with the theme of Expo 2015 – the time and space of sharing that in occidental societies is represented by a set table. Food, then, but also everything that goes with it: to be seated around a table means, first of all, spending time together and sharing.

For Lago the table is a powerful device of aggregation and sharing, capable of taking on the connotations of an icon that is both an object and a place. The table is the symbol of contamination, the place of hospitality, but also of passage, a fixed point that makes any environment more familiar.

A table that finds its roots in Air, with an innovative design that inverts the order of factors, bringing extreme lightness to the load-bearing structures in transparent glass, and full physical character to the top. An expressive contrast that triggers the perception of a floating horizontal situation, making everything that happens around it seem more fluid.

Along with the ten main tables, other smaller islands made with Air tables correspond to three theme galleries: the altar, with a selection of vases and articles for the “repast of the lord”; soup tureens and coolers; and the art of drinking.