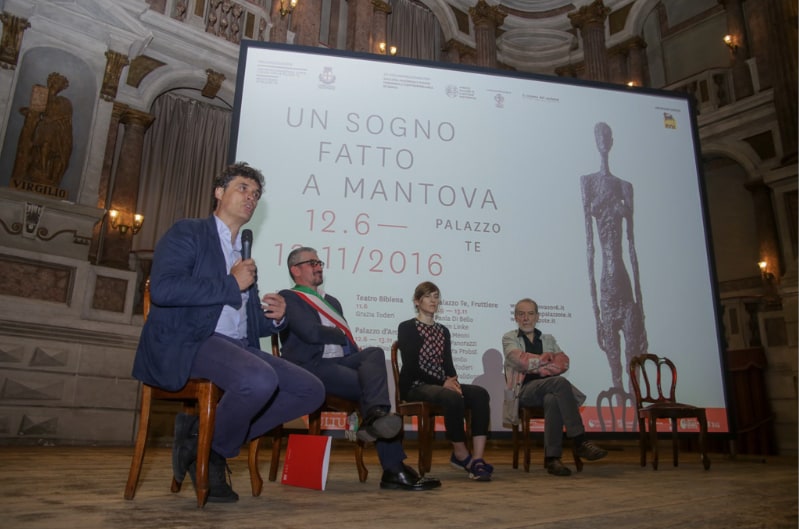 “A dream made in Mantua” is one of the most intense events in the program of Mantua Italian Capital of Culture 2016. The exhibition project is the brainchild of Cristiana Collu, director of the National Gallery of Modern Art in Rome and member of the Committee of Advisors of Centro Palazzo Te, with curating by Saretto Cincinelli.

The project, whose title comes from a work by the poet Yves Bonnefoy, reflects the idea that the city can be understood as the place and theater of the construction of a community. In its historical form, the city is seen as a long “conversation” able to conserve the possibility of a deeper, secret relationship between words, people, things. A relationship that in the case of Mantua makes it possible to join the Renaissance dawn of modernity to the contemporary scene.

The exhibition is organized in two stages: the first opens on 11 June, while the second – starting on 7 September – completes the itinerary, concluding on 13 November at Palazzo Te, after having extensively involved the city and some of its public spaces (Palazzo d’Arco, Teatro Bibiena).