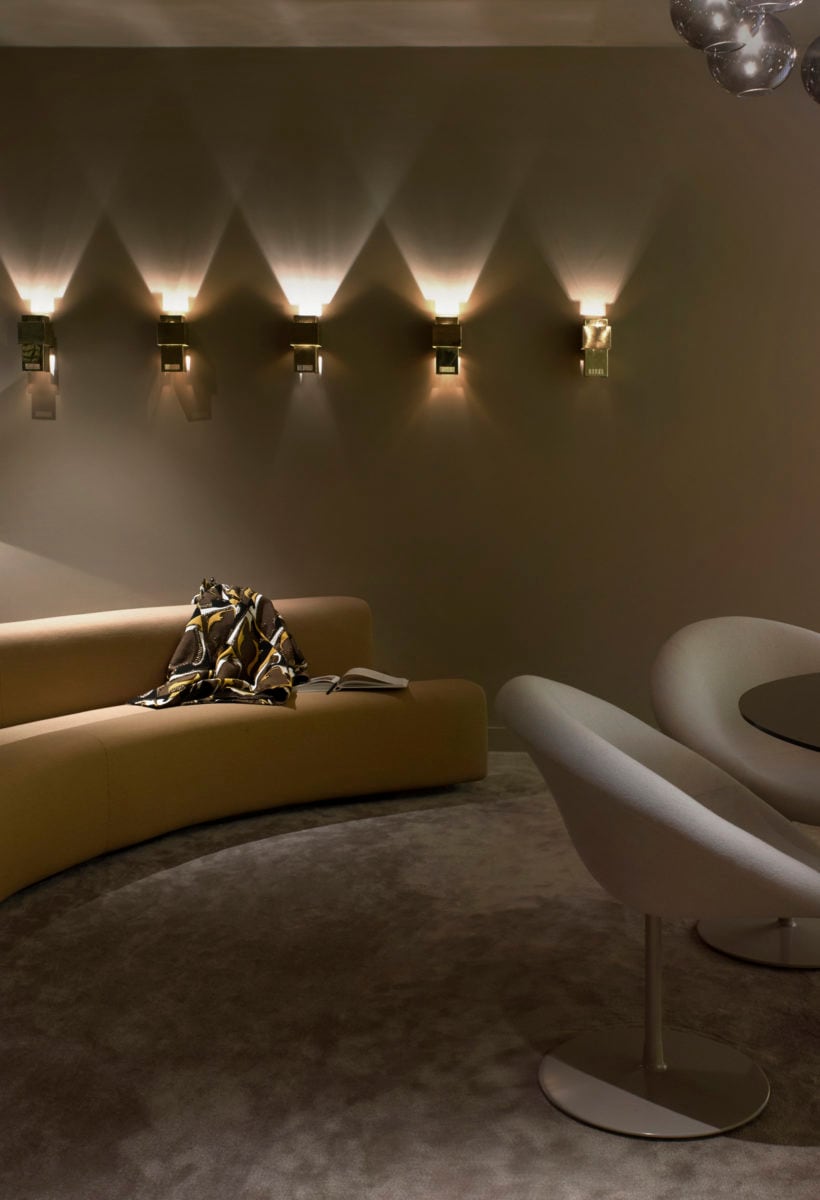 Aesop has opened a space made in collaboration with Paulin, Paulin, Paulin to temporarily house a facial treatment room with specialized therapists, for the first time in Paris. During its 30 years of operation the company has constantly explored different environments, especially through the contribution of design.

This time the approach involves the collaboration between the in-house interior designer of Aesop, Jean-Philippe Bonnefoi, and the son of the famous French designer Pierre Paulin, Benjamin Paulin.

Paulin, Paulin, Paulin has inspired and advised Aesop in the selection of timeless pieces that convey an idea of the function of the space.

The Aesop facility on Rue Saint-Honoré is composed of a sequence of three rooms. The chaotic pace of Paris is interrupted, in a peaceful environment for special beauty treatments.

The first room at the entrance represents the transition from outside to inside. The brushed aluminium floor is joined by 120 panels in regenerated wax to decorate the walls and refract the diffused light. The room is furnished with the Tanis desk by Pierre Paulin and an Anda chair produced by Ligne Roset.

A wooden corridor leads to the second room, a monochromatic space in pale tones, equipped with an Elysée table by Paulin with five Little Globe chairs by Artifort and an Osaka sofa by La Cividina.

The second passage guides the visitor to the final space: the large yet intimate treatment room. This zone features the Elysée vintage lamps by Pierre Paulin, to create an elegant, welcoming atmosphere.