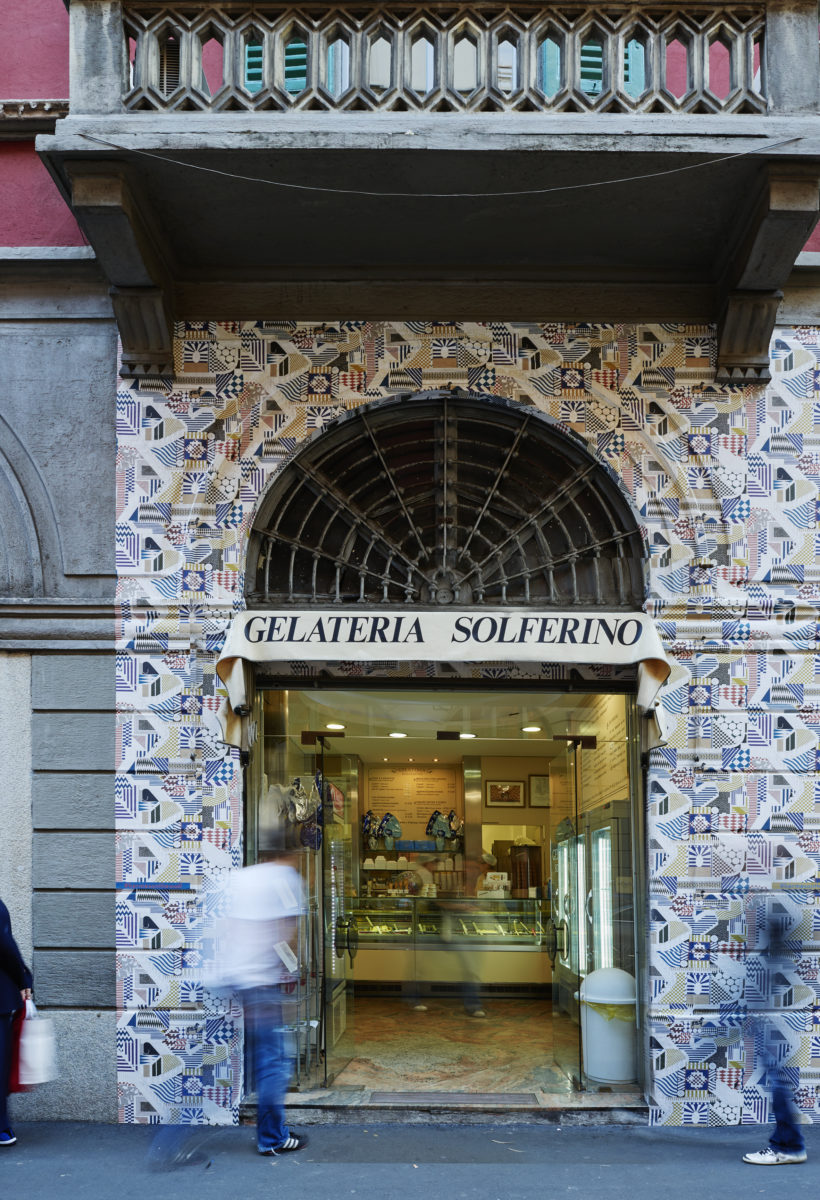 Hermès covers the facades of several symbolic sites in the Brera district with wallpaper. An urban installation to interact with the architecture of the city and its inhabitants, stimulating new points of view.

Since 2011, the year of its first collection, Hermès wallpaper has added fantasy and poetry to domestic spaces. An extraordinary range of narrative illustrations and designs inspired by the heritage of the maison, which Hermès now offers to the city for an immersive, entertaining experience.

The protagonists were the patterns of the wallpaper collection: the new designs for 2017 Mille Jeux by Gianpaolo Pagni, Les Carreaux and Les Cabanes by Nigel Peake, as well as the iconic Promenade au Faubourg by Nigel Peake (2016 collection).

– facade of the Pattini bakery – Via Solferino 5 (Les Carreaux on the outside, and Tampon Equestre inside, both by Gianpaolo Pagni)