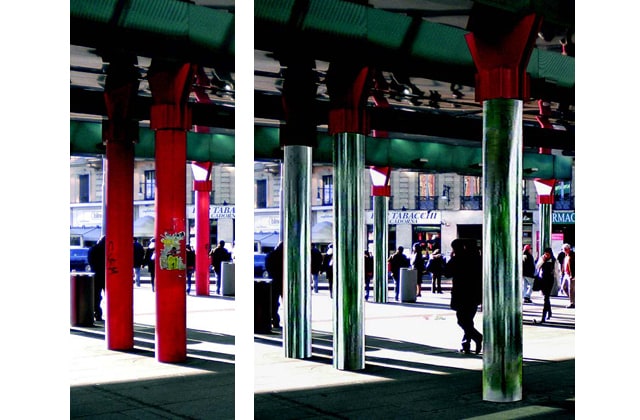 In parallel with the Salone del Mobile and the FuoriSalone (11-17 April), the festival presents projects, encounters and events in public urban spaces, indicating new ways of experiencing those places.

Taking advantage of the media coverage and international audience in Milan in this period, the Public Design Festival organized by Esterni, a cultural association that works on the theme of public space, attempts to prompt reflections on zones that are seldom used and seldom well designed. To this end, the festival calls on European designers and architects, as well as ordinary citizens concerned about urban issues. Four spots have been selected: the Bussi overpass (Garibaldi zone), with an installation by RaumLaborBerlin and one by the Belgians Stortplaats Van Dromen; the plaza in front of the Cadorna Station, where the group OSA (Office for Subversive Architecture, Austria) will cover the columns with reflecting material to amplify and confuse the perceptions of passers-by; the Cascina Cuccagna (Porta Romana), open to the public for the occasion, with presentation of the ‘Esterni Design’ brand and its first product, the Circular Bench; and, finally, Via Rubattino, where a Public Campground will be set up as a hospitality alternative for young designers who have trouble finding a place to stay in Milan during Design Week. For the complete program see www.publicdesignfestival.org.