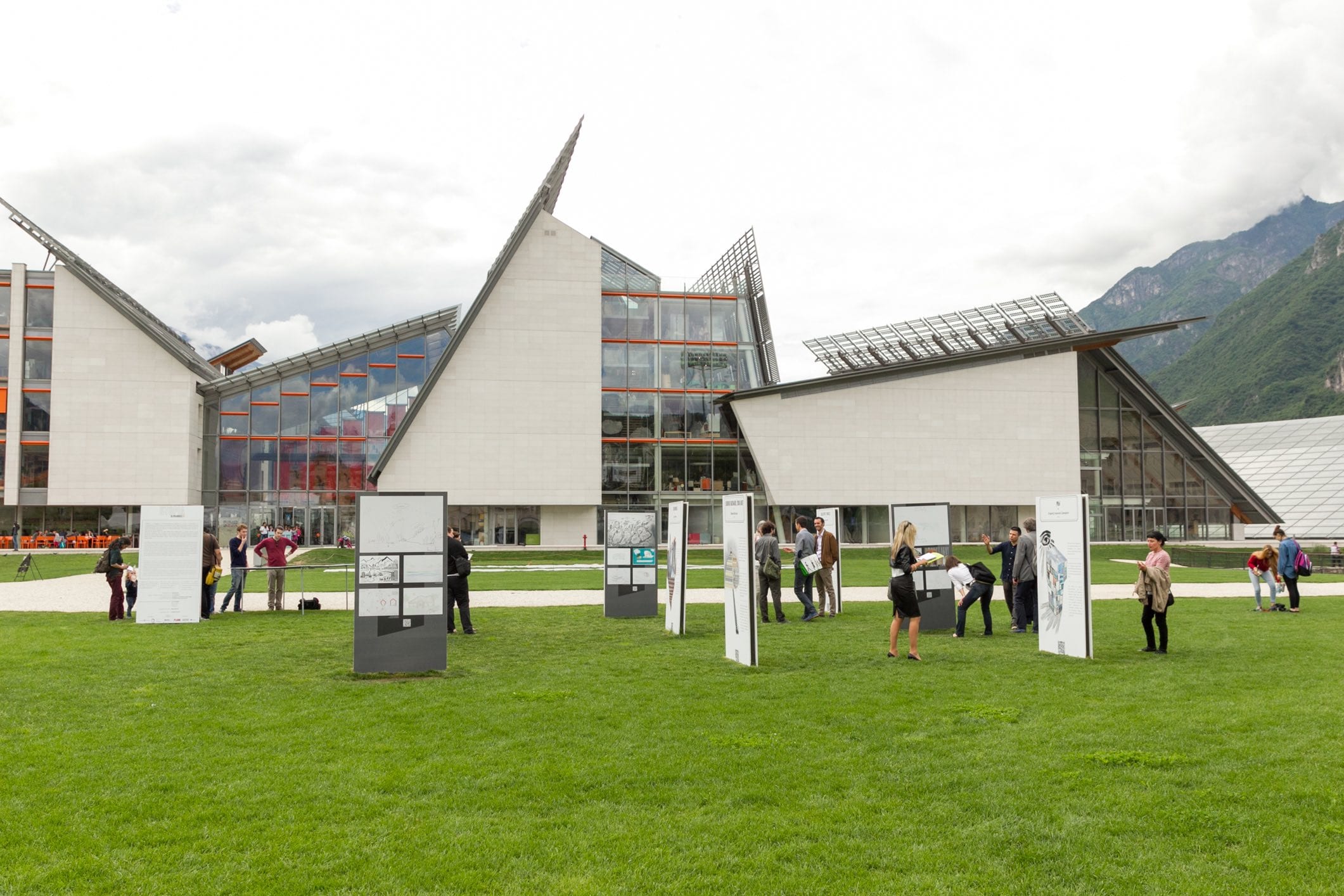 For the 500th anniversary of the publication of the first edition of Utopia, the famous work by Thomas More, Fiera Bolzano is promoting an initiative with which it invites the world of architecture to participate, through the sketch of a project, in collective reflection on the utopia of habitation: ideas of cities, buildings and interiors free of limitations, for a world that does not yet exist but could exist in the future.

The many projects that have already been submitted, including that of the architects Carlo Ratti, Thomas Herzog, Kengo Kuma and Thomas Auer, are the protagonists of an installation in the “Prato dell’Utopia” between Palazzo delle Albere and the MUSE Science Museum of Trent, until 30 October 2016.

The success of Thomas More’s text depends only on its literary importance, but also on its way of offering an opportunity to remember that “Utopia” is not a destination, but a direction to aim for, a hypothesis that lets us rethink our world from a radically different perspective.

Precisely this great work is the inspiration for Klimahouse, setting out to provide new impetus for the world of architecture, summoned to participate in a wider discussion on the utopia of living according to new rules: “Utopia” not as a dream or as something unattainable, but rather as absolute freedom to imagine a living space completely disconnected from the real contingencies.

“Utopia dell’Abitare” is part of “Utopia500 – Seeking a more just society”, a project conceived by the publishing house Il Margine and supported and developed by the cultural office of the Province of Trent, calling for a structured program of meetings, debates, conferences, concerts, entertainment and cultural activities: from the republication of 500-year-old philosophical masterpiece by More (edited by Francesco Ghia with a new translation by Lia Guardini). Supporters of the initiative include ITAS Assicurazioni, a company that has pursued a philosophy of Utopia since its founding, and Unionbau.