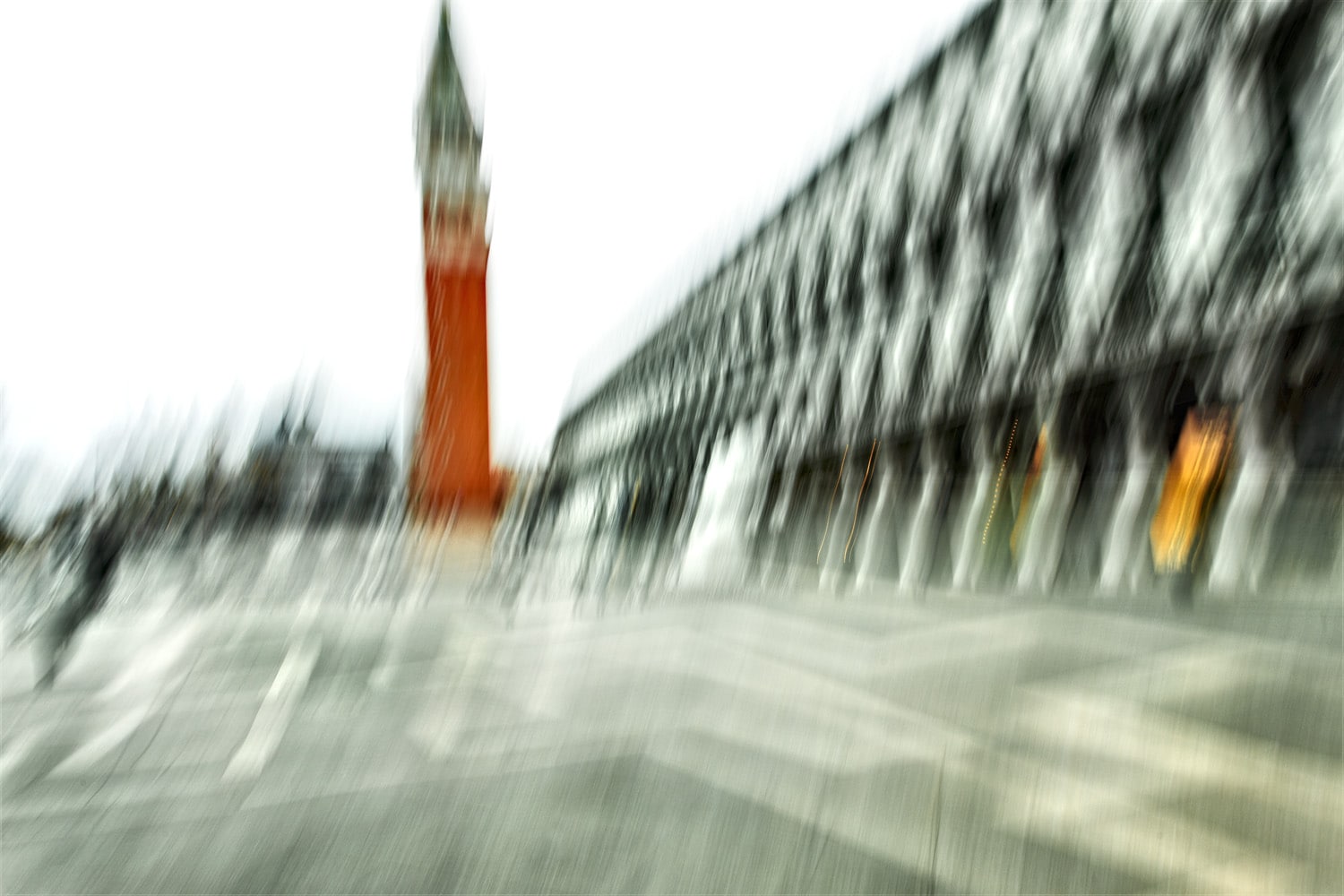 At Casa dei Tre Oci on the island of Giudecca the photographer Roberto Polillo, known for his portraits of jazz musicians made in the 1960s, presents the international premiere of Visions of Venice after having shown a small selection of the works at MIA 2015.

As part of the series “Tre Oci – Tre Mostre” curated by Alessandro Luigi Perna and introduced by an essay by Denis Curti, the exhibition is enhanced by quotations about Venice taken from the works of international writers, and accompanied by a book published by Skira.

Visions of Venice is a chapter of Impressions of the World, the project on which Polillo has worked for decades, made with the ICM – Intentional Camera Movement – technique, with the aim of capturing the genius loci of cities around the world.

The aesthetic and cultural universe of reference is that of the works of the traveler-painters of the 1800s (especially the Orientalists), as well as Delacroix, Matisse, Renoir, Van Gogh, Turner, De Chirico.