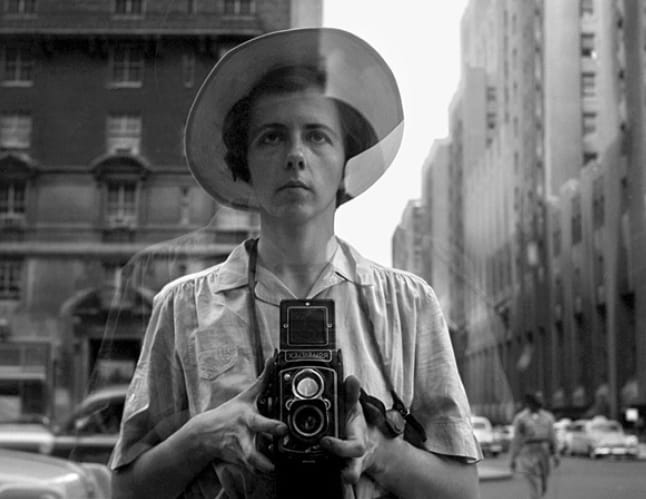 The life and work of Vivian Maier are surrounded by an aura of mystery that has contributed to enhance their charm. A nanny by profession, photographer by vocation, she never left her camera behind, compulsively taking pictures with her Rolleiflex.

In 2007 John Maloof, a real estate agent at the time, purchased at auction part of the archives of Maier, which had been confiscated when the rent wasn’t paid on a storage space. He soon realized that he had found a precious treasure, and since then he has never stopped searching for materials regarding this mysterious photographer. He has put together over 150,000 negatives and 3000 prints.

The exhibition presented by Forma Meravigli contains 120 photographs in black and white made between in the 1950s and 1960s, along with a selection of color images taken in the 1970s, as well as some movies on super 8 that show how Vivian Maier approached her subjects .

Vivian Maier portrayed the cities where she lived – New York and Chicago – with a curious gaze, attracted by small details and imperfections, but also by children, senior citizens, the life that flowed before her eyes on the street, the city and its inhabitants at a time of fervent social and cultural change. Powerful images of a dazzling beauty that reveal the talent of a great photographer.

Her photographs were never exhibited or published while she was alive, and most of her rolls of film were never developed. Vivian Maier seemed to simply take photographs for herself. The exhibition presents the enigma of an artist who in life made a huge number of images, never showing them to anyone, but attempting to conserve them as her most precious asset.