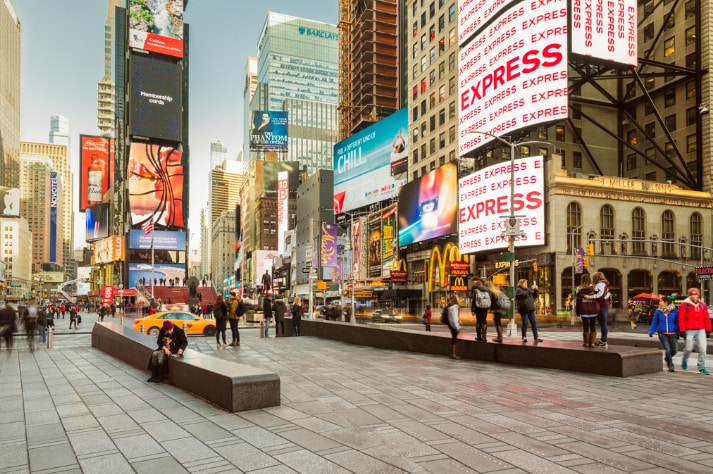 The designers of Snøhetta can take credit for having changed the image of the large area between Broadway and 7th Avenue, extending from 42nd to 47th Street. In 2010 they were commissioned by the NYC Department of Design and Construction to redesign the square.

The new Times Square is a sort of urban lounge offering access to the Theater District. In the evening, many people will use the area as a meeting place before taking in a Broadway or Off-Broadway show.

The Norwegian company Vestre won the competition for the urban furnishings, and will supply tables, chairs and benches.