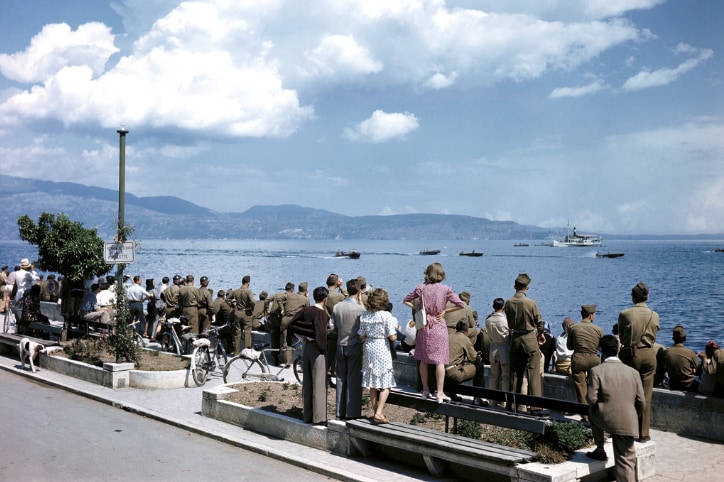 War is Over!, curated by Gabriele D’Autilia and Enrico Menduni, presents a comparison between two different perspectives to narrate the Liberation in Italy: the color photographs of the US Army Signal Corps and the black and white images of the photographers of Istituto Luce, many of which have never been shown before, or were previously censored.

The exhibition is organized by Istituto Luce-Cinecittà and Forma Meravigli, an initiative of Fondazione Forma per la Fotografia in collaboration with the Chamber of Commerce of Milan and Contrasto.

At Forma Meravigli visitors can see about 140 images, also never shown before, and period films – from the period between July 1943 (landing of the allies in Sicily) and 1946 – to narrate the war through its Italian and American protagonists, in a unique face-off between two different vantage points.

Three video stations demonstrate the commitment of great Hollywood directors (working in the Signal Corps), and the joy and dismay of innumerable moments of the Liberation.

The catalogue War is Over is published by Contrasto.