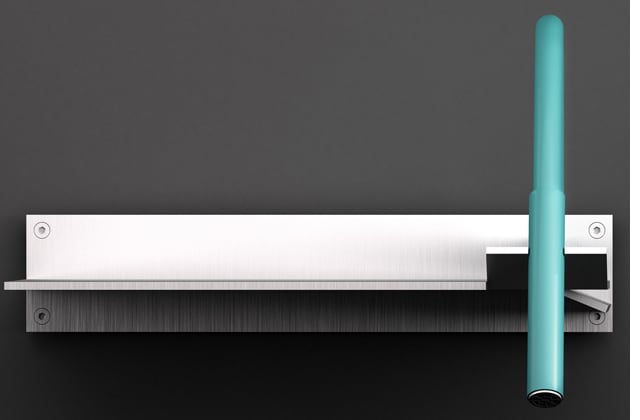 The 2nd Product Design course of the Department of Industrial Design of Ferrara has now been completed. The course focused on the creation of new faucet models, based on the encounter between CEAand the young designers. A commission composed of Natalino Malasorti, Giulio Gianturco, Piergiorgio Cazzaniga, Francesco Paglia and Arianna Malagoli selected the most interesting project for prototyping and display at the next edition of Cersaie in Bologna in September. The winning project is Lastra by Valentina Rossi and Andrea Verzola. It was considered the project with the most innovative ideas and best potential for development into objects that respond to concrete needs in the bath environment, in an approach of semantic consistency throughout the collection. One particularly interesting feature is the horizontal solution: a light, slender faucet-shelf. Two honorable mentions went to the project Capo by Silvia Imbesi and Luca Feletti, an example of extreme formal synthesis, of great simplicity and elegance, and the project Spin by Virginia Mazzocco and Simone Bergami, in which the object immediately clarifies its function with a geometric game of components that have a primitive, universal character. www.ceadesign.it.