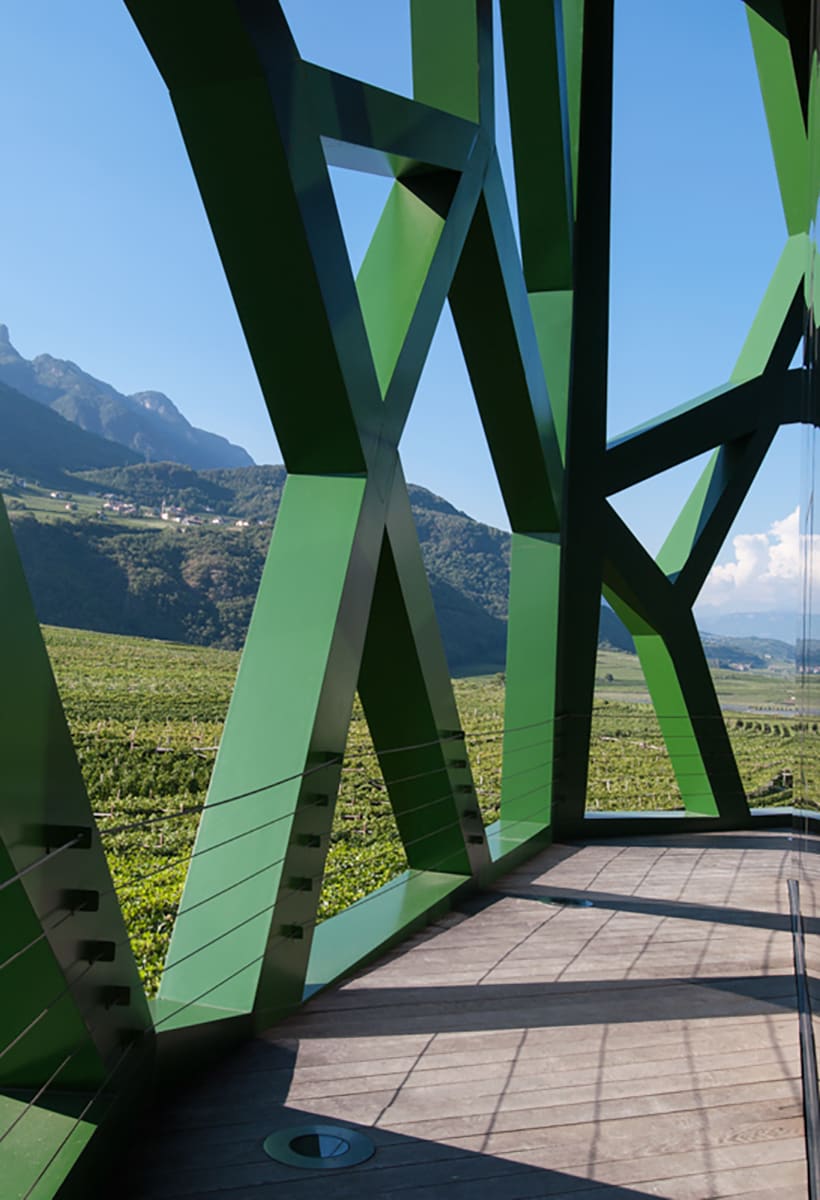 Wine cellars are increasingly meeting architecture and, in most cases, the result is amazing

From the majestic structures that are difficult to ignore to the chameleonic realities designed to integrate perfectly with the territory: Italian design wineries increasingly meet architecture and, in most cases, the result is amazing. 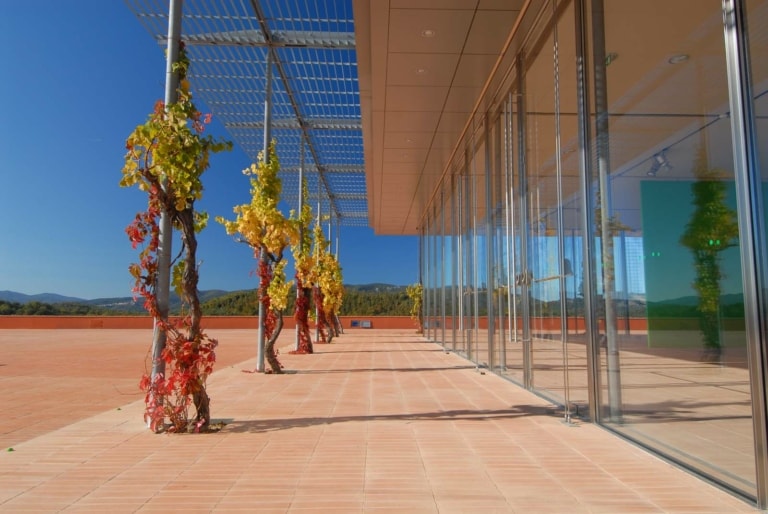 Between foliage and tastings, October is the ideal month to travel to discover the Italian production realities that are distinguished (also) from an architectural point of view. Because if time permits, you can venture into the vineyard. And, if not, we dedicate ourselves to the origin of the project.

Wine tourism (and with it what leads to design wineries) is a trend that has become increasingly established over the last few years, but it is much more than what is expected. By visiting wineries and wineries, in fact, you can take the opportunity to get to know a world that encompasses and offers different interpretations: sustainability, architecture, territory, tradition. Or all of these together. 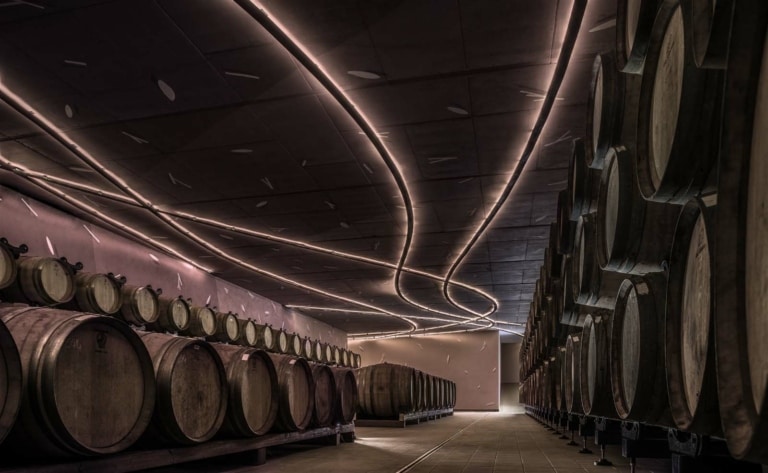 The barrel room of the Su'Ientu Winery, Sardinia - Courtesy Photo

Shades that, depending on your interest, can be discovered by tasting a glass of vintage wine while letting yourself be guided to the discovery of the production facilities, which are an increasingly attractive hub for architects and designers from all over the world. The cellars designed ad hoc, with a speaking intent or with a subtle hint of themes of common interest, such as that of circular design.

From Sicily to Trentino we have selected 5 Italian design wineries where the culture of wine meets creativity and the commitment of architecture, tracing a variation of made in Italy in each region. The attraction rate is high, which is why thinking about a weekend (or five) discovering fascinating and intoxicating projects might be a good idea. 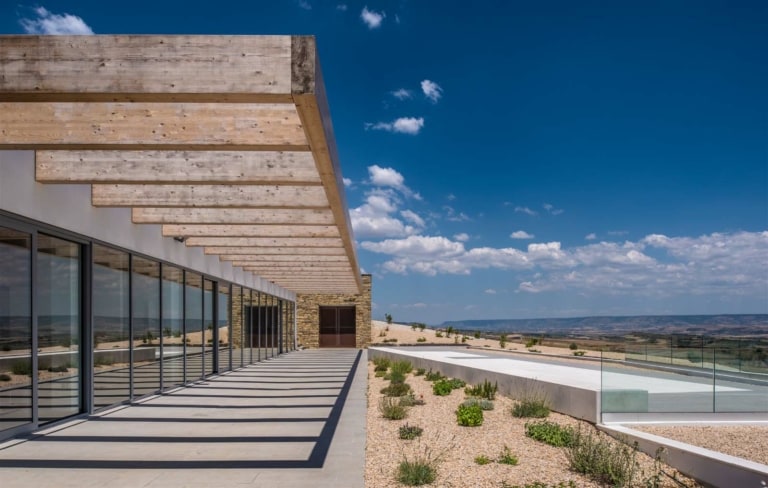 A combination of the typical materials of the Valle d'Aosta mountains and volumes clearly referring to the shapes of the territory: this is the origin of the project by architect Domenico Mazza for the Les Cretes winery in Aymavilles, Valle d'Aosta. The idea was to combine the cellar of the structure with a real "Wine Refuge", where you can enjoy moments of relaxation and enjoy the breathtaking view, in an environment where large windows dominate the scene. 170 square meters of reception area, which derive from a project initiated by the owner and re-worked by Mazza: the pre-positioned reinforced concrete base has been maintained and adapted to the new project in a contemporary key. In contrast, the laminated wood canopy, covered in sheet metal. 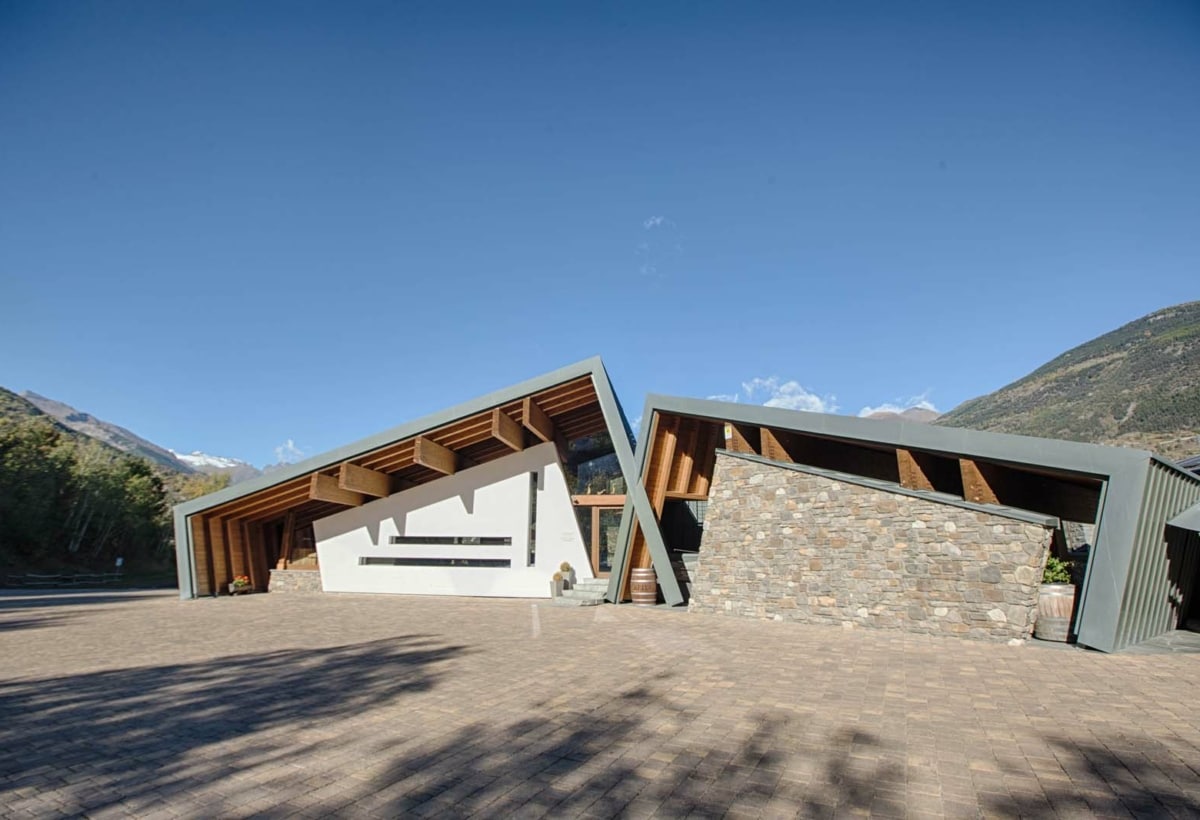 Essential, functional, extremely emblematic of what the passionate but always humble use of wine production is. The structure "Rocca di Frassinello" - Località Poggio la Guardia, Grosseto - was designed by Renzo Piano to "give a home" to the company's production process: innovation and genius are there, of course, but more than seeing each other from the 'exterior are kept in the heart of the structure. Renzo Piano conceived the plant by unhinging what it had been until then: if normally the production areas are developed in horizontal continuity, at Rocca di Frassinello everything (bottling, storage, logistics ...) revolves around the barrel cellar - a place that is emblematic of quality of the product, where the wine rests and improves. Square in shape 40m x40m it is therefore placed in the center and underground, so that humidity and temperature remain stable. Above this, an attic that from the outside looks like a large churchyard. On two sides the manhole covers from which the grapes fall by falling into the fermentation vats, thus avoiding the use of pumps that would cause stress to the grapes, compromising their quality. 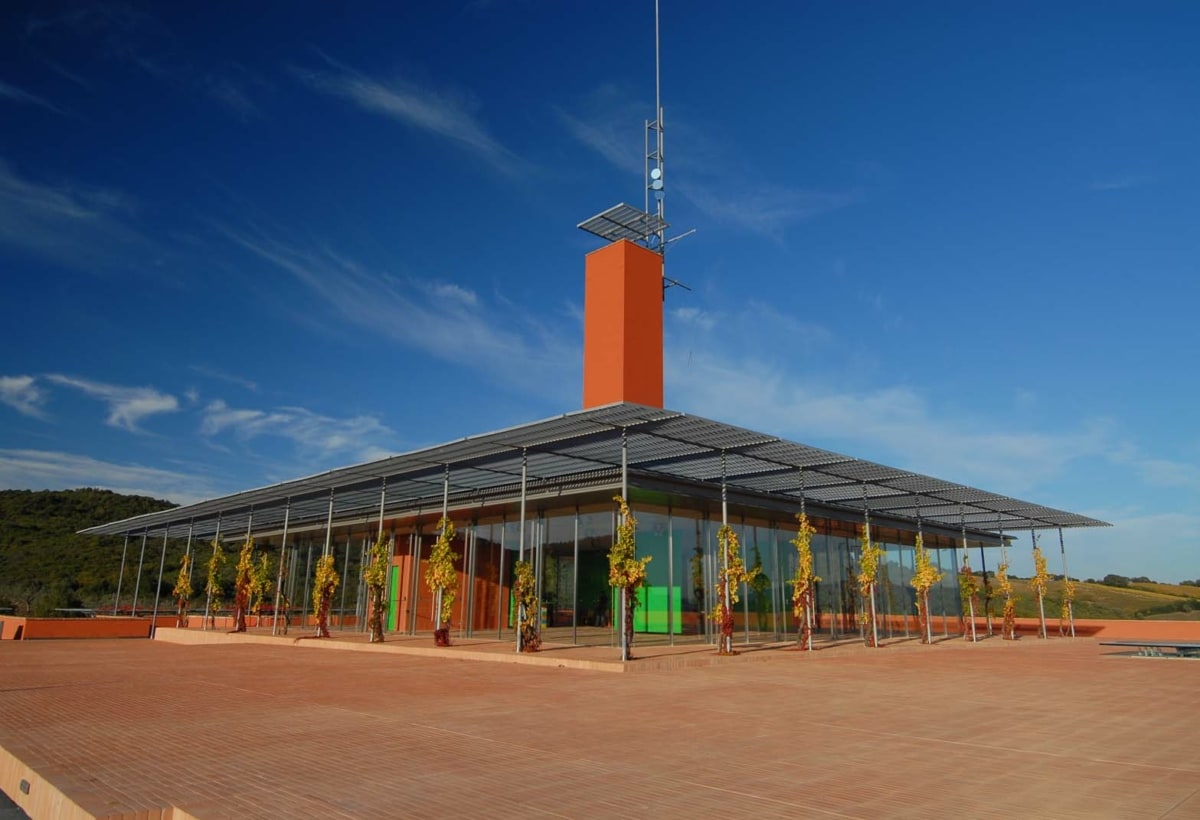 10
The churchyard of the Rocca di Frassinello - Courtesy Photo

It is recognizable in the signature, but designed to integrate with the territory. "Il Carapace" of Tenuta Castelbuono in Umbria, is what was born from the genius of Arnaldo Pomodoro for the Lunelli family. The intent was to obtain a true casket for wine, which would challenge the boundaries between architecture and sculpture without harming the integrity of the landscape in which it would be inserted. With the essential condition of being functional for production. It looks like a copper-covered dome, engraved with cracks and grooves that refer to those of the earth in which it is immersed, a symbol par excellence of the origin of wine. It is the first sculpture in the world in which one can enter, live and work, in the name of the obtained dialogue between nature, art, sculpture and wine. Flanking the structure is a red dart introduced into the ground and clearly visible from a distance, as if to sanction the presence of a work of art. 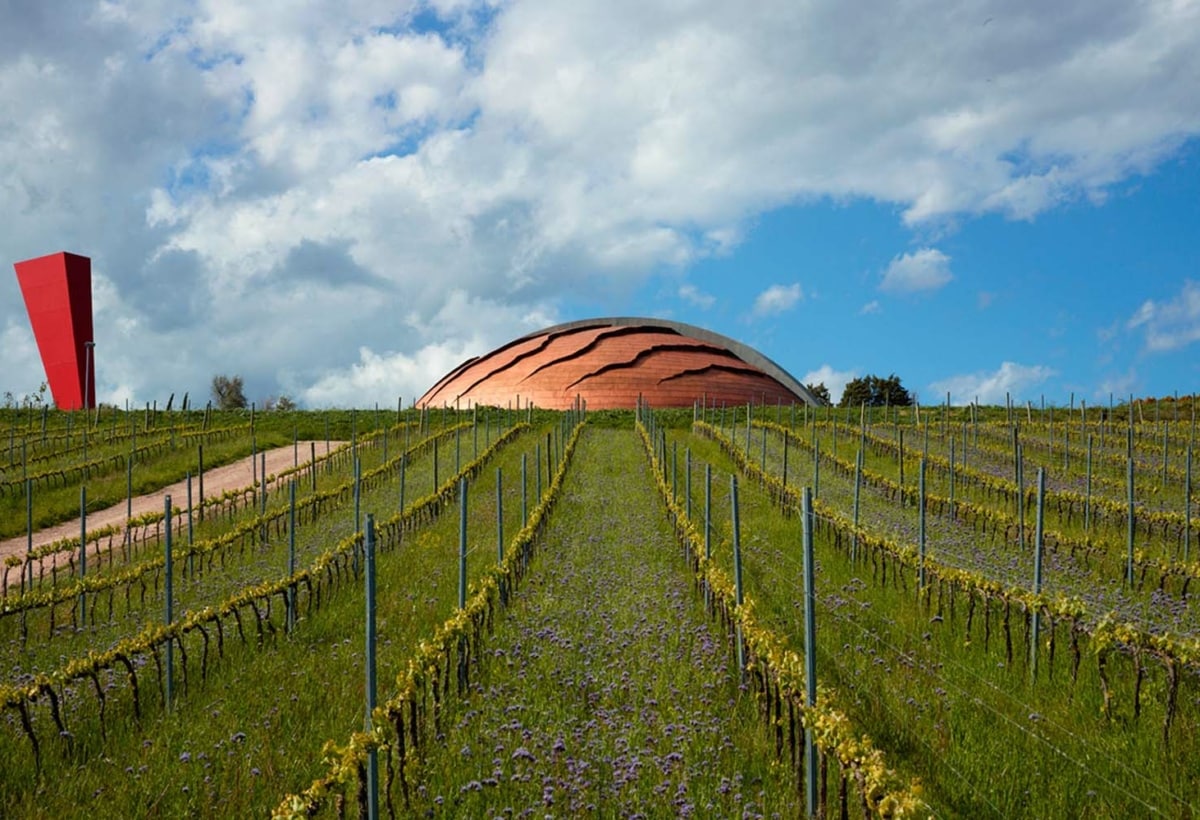 You immediately immerse yourself in the winemaking dimension, observing the winery of the Tramin di Tremeno winery from outside, in the province of Bolzano. Almost as if it were a signal as if to say: “we are here and we do this”, said in an exceptional way. The structure as well as the aesthetic project of the Tramin Winery are in fact designed to fully refer to the world of wine: on the outside the iron draws motifs on the glass that recall the rows of vines, the starting point of the entire design. Internally, and in general, everything is designed with a high energy saving perspective. The sculpture was created by Werner Tscholl, who worked on the pre-existing cellar without changing the division between the plant and the surrounding vineyards. The architect has been able to harmoniously synthesize past and future, wood and iron, glass and concrete, transparency and darkness in a single project. 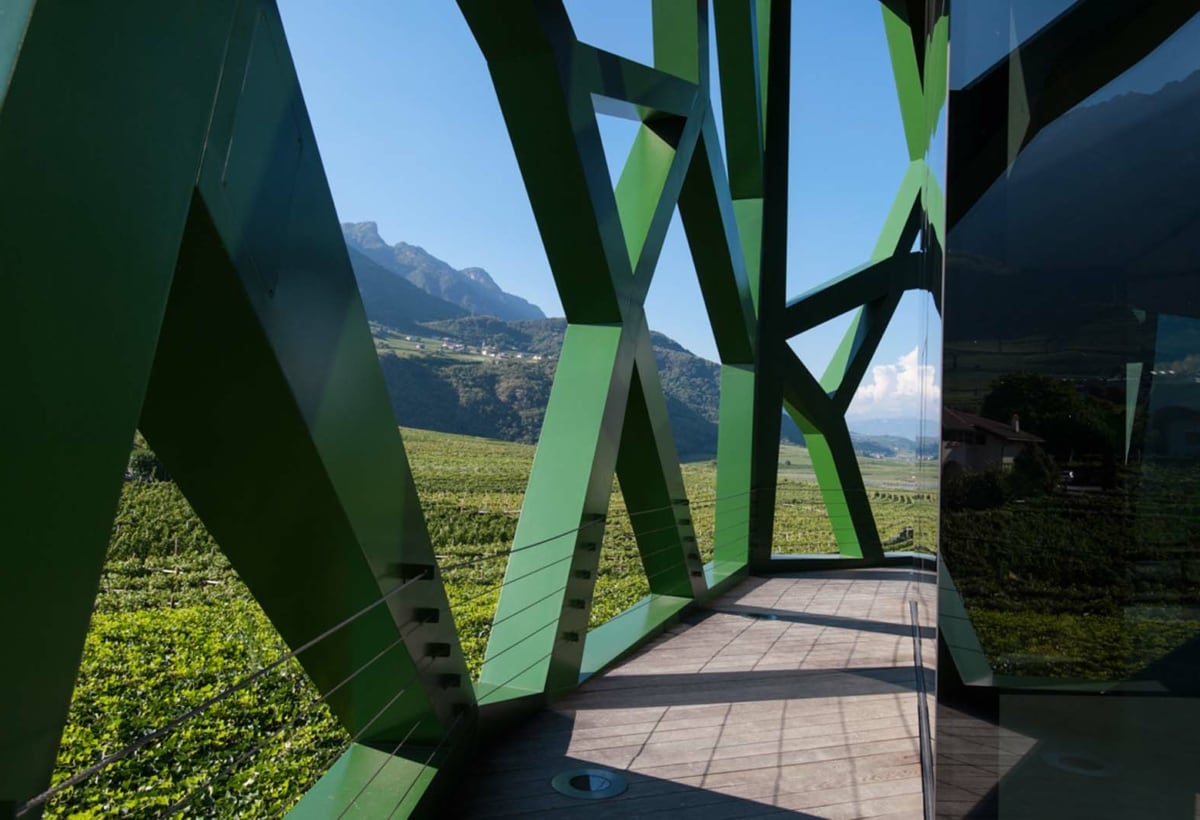 7
Cantina Tramin, the external structure refers to the vines and the relationship with the earth - Ph. Kellermeister Willi Stuerz

On the border between Marmilla and Campidano - a few kilometers from Sanluri - there is a structure with a traditional body that alludes to the essence of the Sardinian territory. Su'Entu is the winery that owes its existence to the dream of Salvatore Piloni, who has always been an entrepreneur, who after forty years of activity decides to return to the his, primordial, passion: the earth.

The project is by Mario Casciu | Francesca Rango Architetti, who worked by highlighting the inseparable link between the production structure and the territory, in a combination of culture, tradition, materials and architecture.

The structure of the cellar is now redesigned on the basis of the original building. The alternation between pure white plastered surfaces and walls covered in solid stone, rustic, as tradition dictates, immediately intrigues the eye. The side facing the courtyard is characterized by large windows that make the contact between the company and the land tangible: the view of the landscape also gives an all-encompassing brightness. Externally, the façade overlooking the courtyard is framed by exposed laminated wood beams.

The L-shaped plan forms the basis of a puzzle of volumes which, from any point of view you observe them, always lean towards the surrounding land. The extension is in fact horizontal and all the interior spaces, despite the volumetric illusion, are organized in a functional and interconnected way. 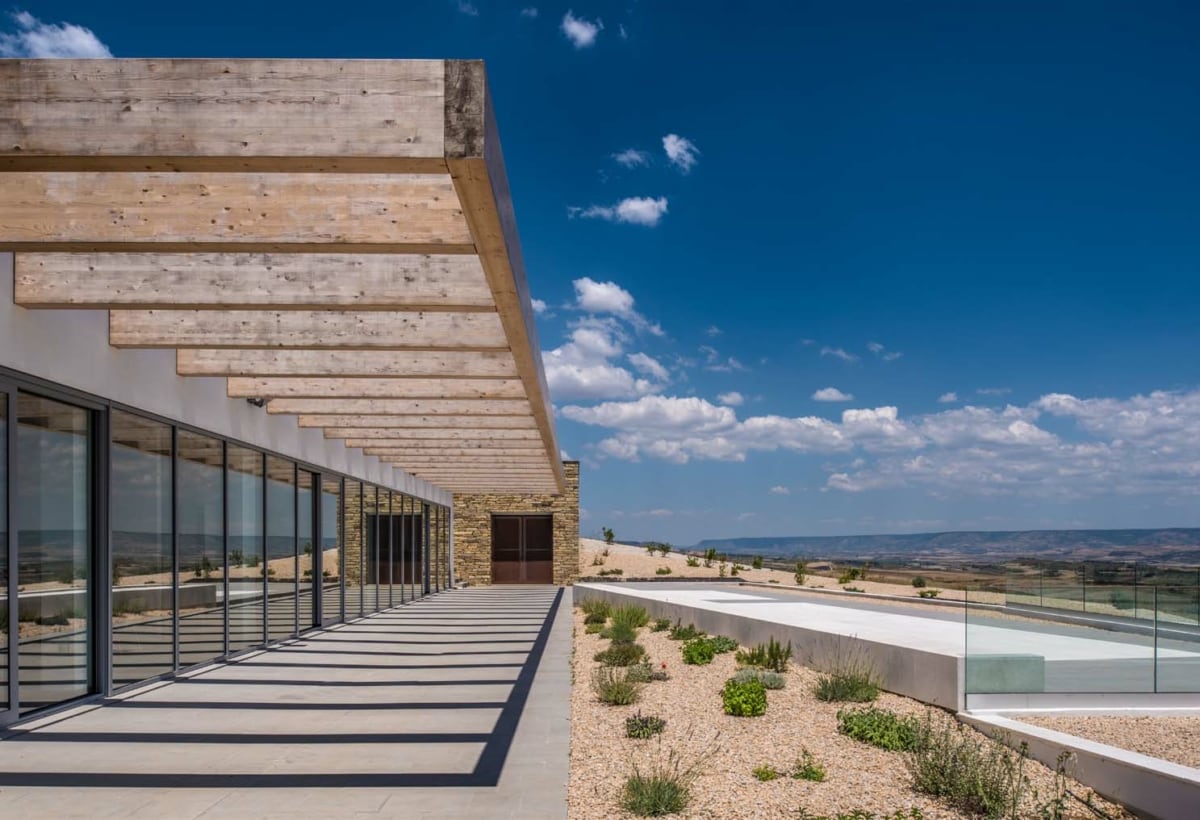 When ceramic is a woman