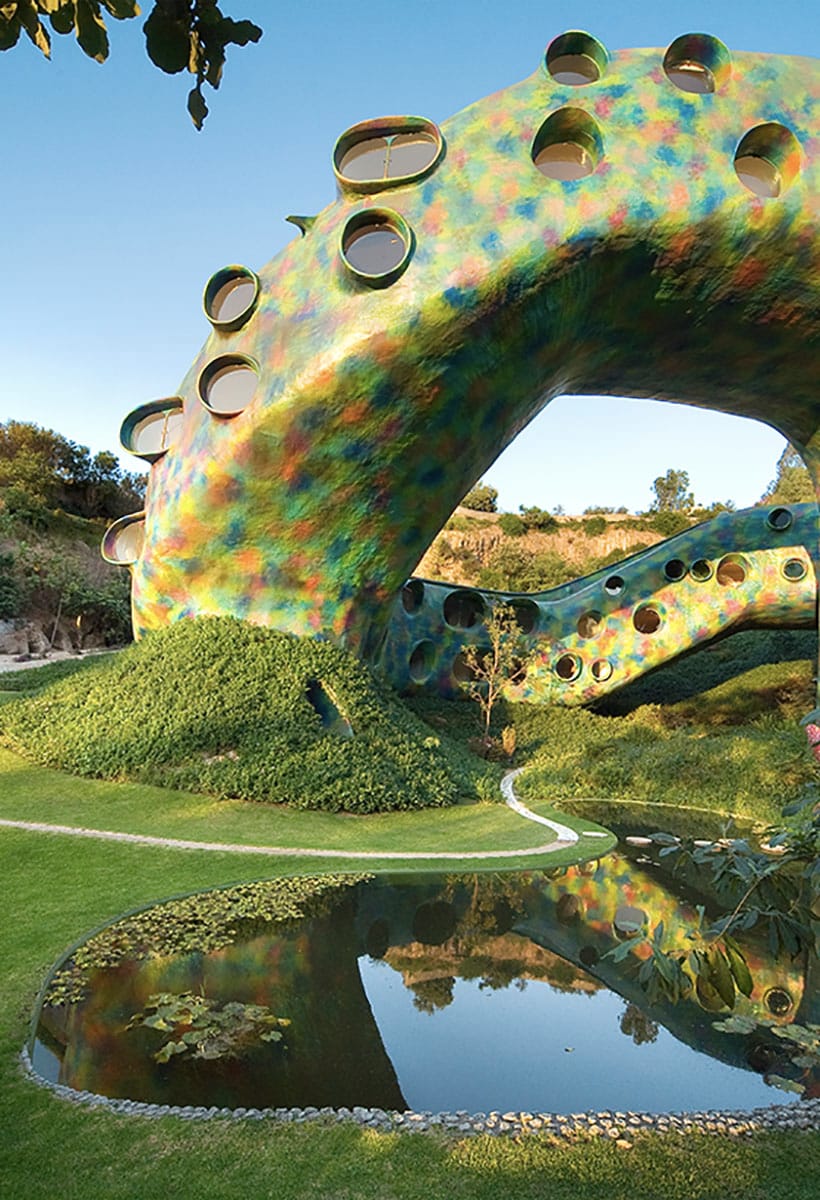 From the spaceship to the submarine, passing through a UFO. There are now almost 700 accommodations aiming for eccentricity, proposed by the Wow category of Airbnb. This is how the originality of buildings and furnishings attracts tourists, who are increasingly looking for extravagant experiences.

The Californian platform for online bookings for short stays Airbnb is undoubtedly one of the economic entities that has revolutionized tourism the most in recent decades, introducing the system of renting beds between private individuals.

It was 2007 when the young designer Brian Chesky and his fellow student Joe Gebbia (the following year, he will also join the Nathan Blecharczyk) decided to rent their San Francisco living room for a few nights during an important design festival.

At guests' disposal they placed their own air mattress, including breakfast: Airbed and Breakfast. A destination still available in the catalog today.

But since then, Airbnb has surpassed 6,000 employees and nearly $6 billion in revenue (Nasdaq data, 2021), bringing together 4 million hosts and over 900 million tourists. 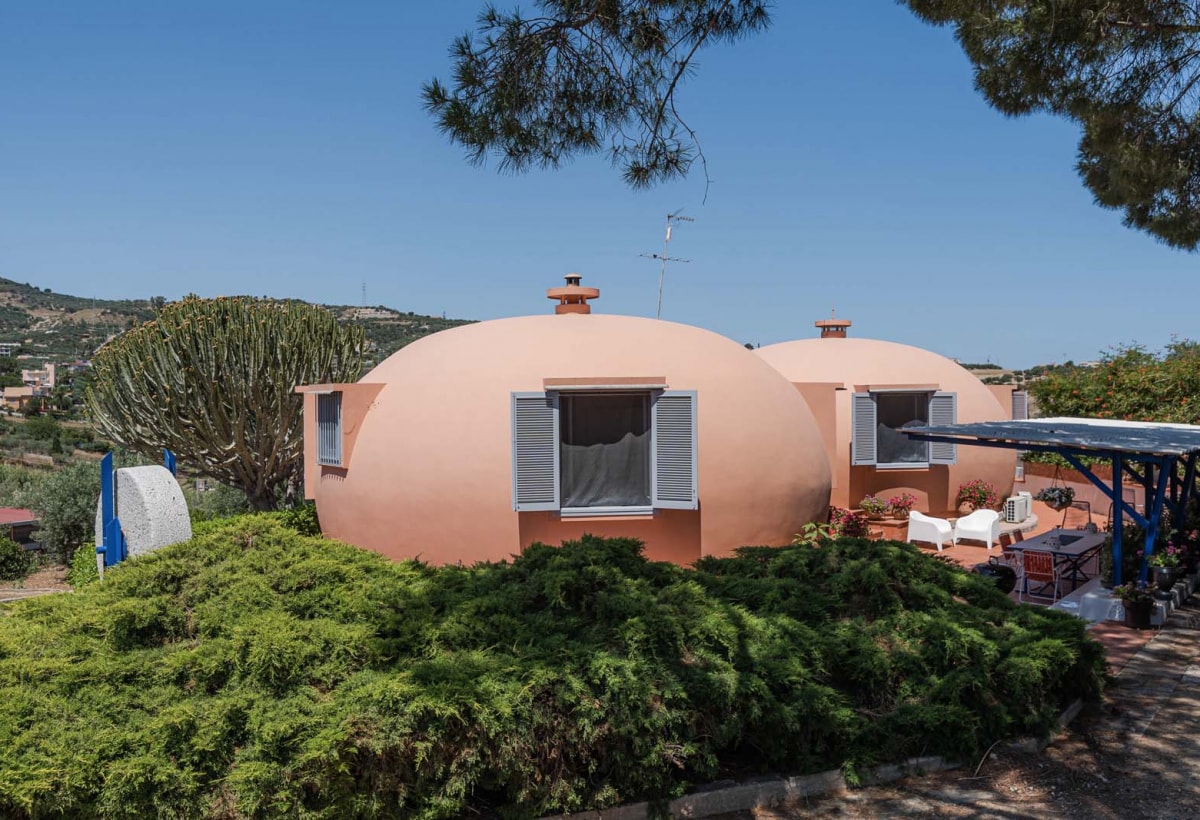 4
Le Cupole, Italy (Bellacera – PA). Rounded shapes, combined with simple furnishings and decorations by local artisans, this house on the hills of Santa Flavia, in the province of Palermo, offers a 100% Sicilian atmosphere.

Space for imagination, for rent

Under the motto of 'wonderfully strange', Wow! was launched in May among the 56 categories with which to search for one's astonishing stay on the site: symbol, a UFO.

A flying saucer very similar to the one to stay in Redberth, in the United Kingdom United.

Fulfilled the promise of a category that 'has no limits' here we find from the 6-ton potato with blush-colored interiors of Idaho, to the Mexican residential complex Quetzalcoatl, designed by architect Javier Senosiain in perfect surrealist style at Parc Güell. 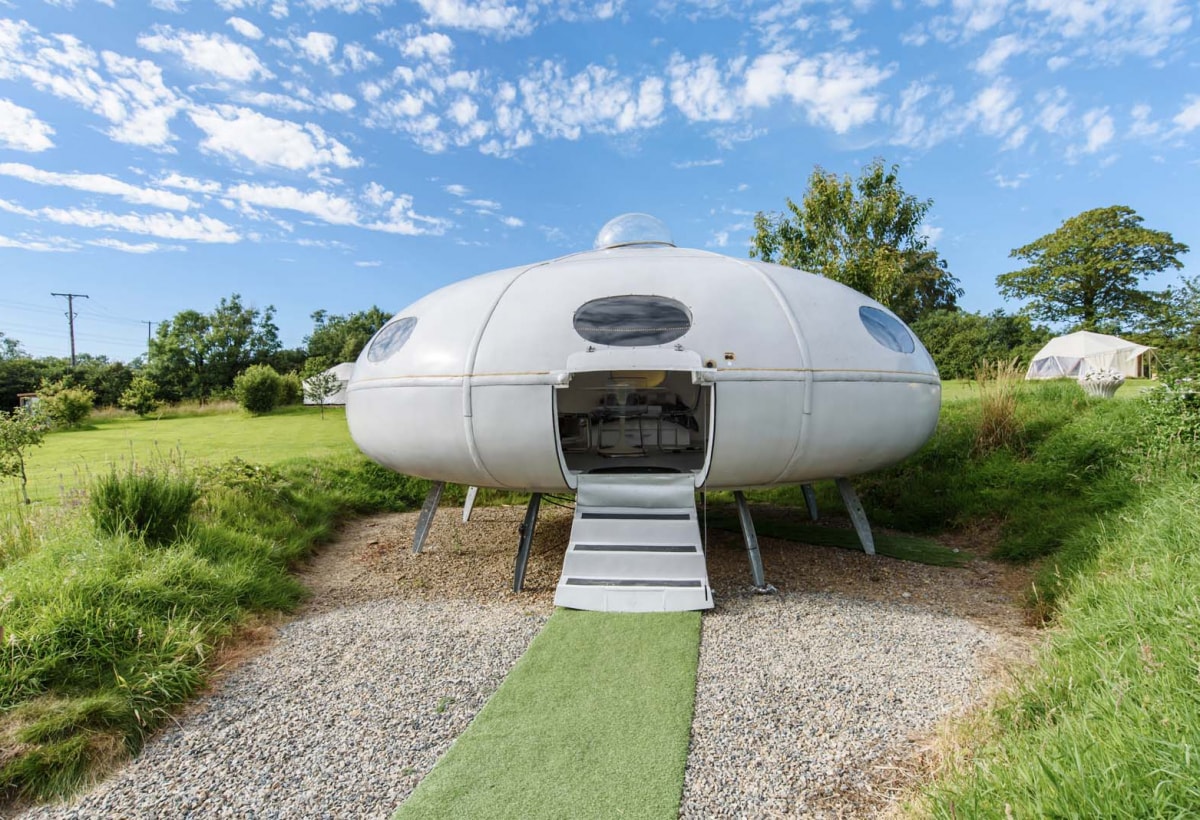 4
UFO, England. A UFO-shaped accommodation in the heart of Pembrokeshire, for an experience in the future... in full Eighties style (complete with video games of the time available).

"The houses are chosen for their unconventional shape" and "the accommodations make the most of the surrounding environment", they say in the Airbnb launch, quoting the boot-house in New Zealand in Nelson or the yellow submarine floating in a sea of redwoods in Marton.

But together with the more bizarre examples, for some bordering on kitsch, elegant buildings with refined furnishings also take part in the category.

This is the case of the Mirror Houses of Bolzano, which reflect the splendor of the Dolomites in a game of mirrors. 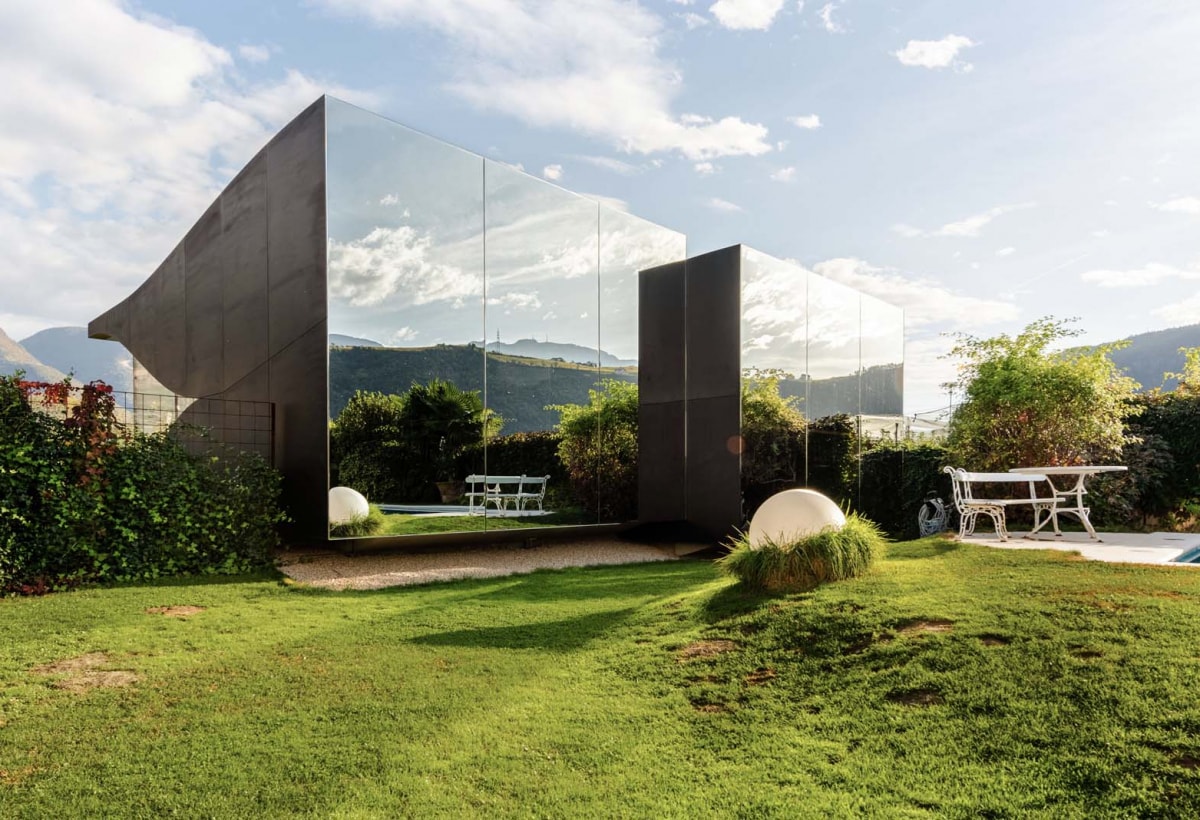 4
Mirror House, Italy (Bolzano). Large mirrored windows and essential lines (also in the interiors), this house is surrounded by a large garden with swimming pool, surrounded by nature among the apple orchards of the South Tyrolean Dolomites.

But how does the selection of Wow structures take place? We asked Giacomo Trovato, Country Manager Italy and South-East Europe Airbnb.

"The selection criteria of the category are originality, experience and sustainability. - he explains - The accommodation must be creative, unique and extraordinary, ensure an immersive experience for guests, have sustainable attributes from the point of view environment and consideration of the compensation of ecological issues.

It is also important that the accommodation reflects a number of aesthetic standards including: highly distinctive design elements and features, an unusual and/or surprising shape or style, a interior design that reflects the aesthetics of the exterior and inspiration from everyday objects, animals or places that are easily recognizable and interesting". 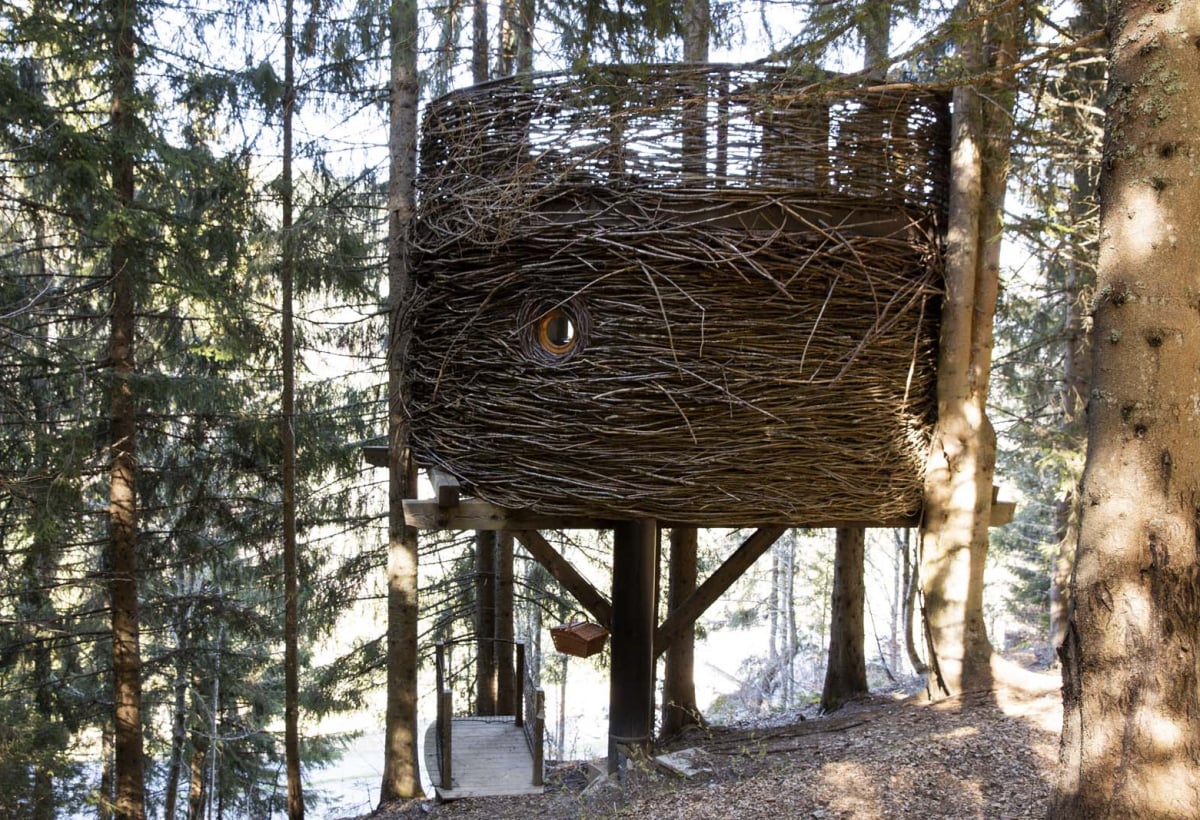 4
Nest, France. A tangle of branches outside and rigorously wooden furniture, this nest overlooking Mont Blanc is made entirely by hand, perfect for a 'wild' adventure.

How many facilities Wow! in Italy it is not a data available. On the portal, 63 hosts speak Italian, but only fifteen of them own an accommodation in the country. However, Italiano is one of the projects that has had access to the Wow! Fund.

The 32-year-old architect from Udine, Luca Beltrame, won the international competition (23 participating countries) with his 'Il Pino': a three-story tree house with breathtaking views, accessible only by water, in Tarvisio, in Friuli Venezia Giulia.

"I would like this project to become a small icon for an ecological way of experiencing tourism," he said.

Called to make new category housing available by next summer, the Wow Fund verdict was announced in mid-October. The jury also includes the designer Iris Apfel and the architect Koichi Takada. Overall prize, 10 million dollars: 100,000 dollars for each of the 100 selected projects. 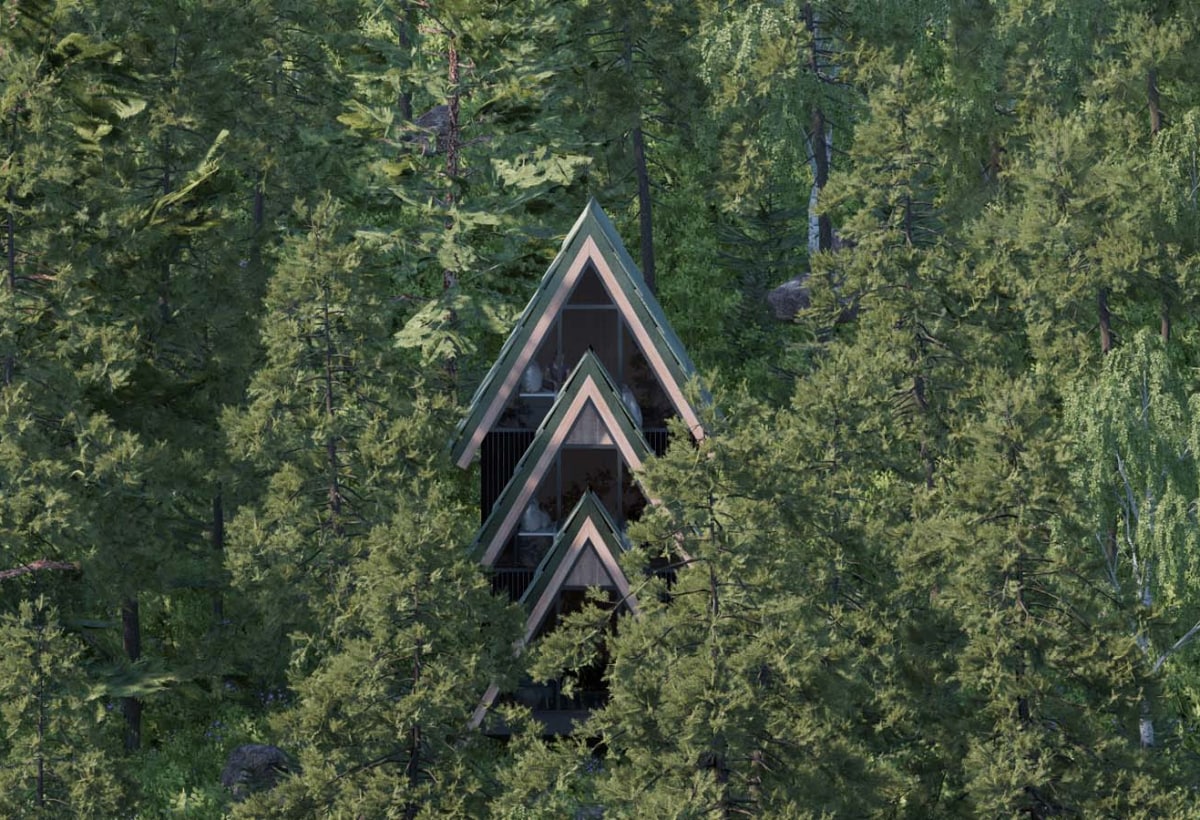 2
The Pine, Sweden. You can book "Il Pino" in Tarvisio, in Friuli Venezia Giulia in the summer. The three-story tree house, accessible only by water, was designed by architect Luca Beltrame and won the Wow Fund! The only Italian work awarded in the 100 projects from 23 countries in the world.

Ability to attract and business

"Creativity takes shape and boldness pays off" advertised by Airbnb.

The astonishment thus justifies costs per night which are around 200 euros, on average. But figures of more than 9 thousand euros per night can also be reached for an example of organic architecture such as Kellogg Doolittle within the Joshua Tree National Park (available as an Airbnb Luxe exclusive, but also on the map in the Wow! category).

A Californian estate - with sinuous lines and furnishings that conform to the millenary rock formations in the interior - designed by Frank Lloyd Wright's pupil, Ken Kellogg strong>, and handmade over 25 years by master craftsman John Vugrin.

The success of these 'amazing' accommodations in terms of public is not an easily quantifiable fact. The Airbnb policy prohibits the dissemination of analytical reports, with data such as turnover or total bookings. But they reveal that "hosting on Airbnb offers hosts an important economic benefit: in 2021, in Italy, a host habitually earned over 2,800 euros on the platform, while globally unique accommodation bookings in 2021 increased by more than 49% compared to 2019”.

This is how the experience of Kristie Wolfe, Superhost of Airbnb and member of the jury of the Wow Fund is narrated: "When the Potato Commission of Idaho he wanted to get rid of a 6 ton potato, I literally took it off his hands and spent $32,000 turning it into an Airbnb.

But I went from earning $13 an hour to $208,000 in less than three years, and I've invested this amount to build other accommodations that allow me to express my creativity and connect with hundreds of of people". 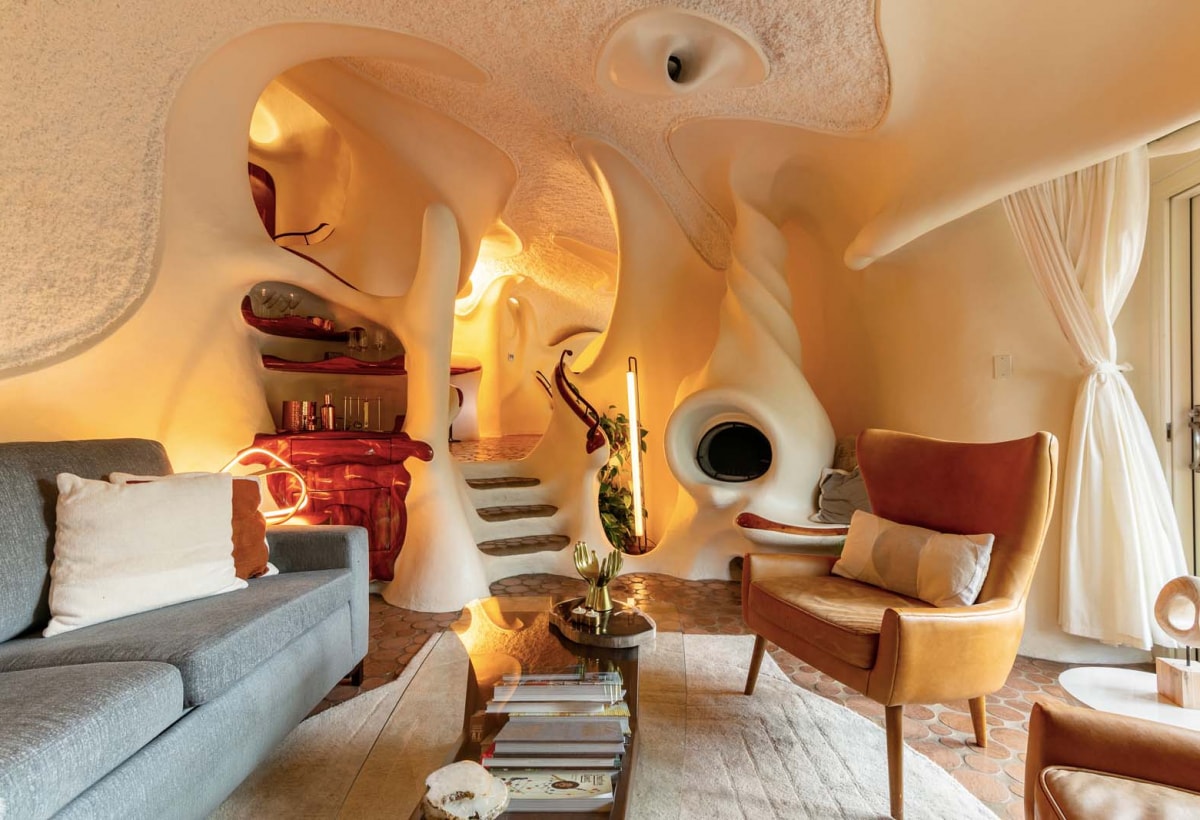 6
The Bloomhouse, Texas. As in a shell, a lodge that promises an "escape into fairy tales" thanks to the suggestive curved shapes of its exteriors, also taken up in its rooms and furnishings.

The objectives and market dynamics of this particular segment are finally clarified by the country manager Giacomo Trovato: "In the last two years, lifestyle has changed, becoming increasingly flexible and, As a result, Airbnb guests have begun to choose for their stays unusual spaces that have turned into real travel destinations.

Airbnb categories, launched last May, were born to offer a new way to locate these spaces.

Among these, the category Wow! is designed for those who want to stay in the most unique spaces in the world, offering even more options for travelers looking for the truly unexpected and special experiences. 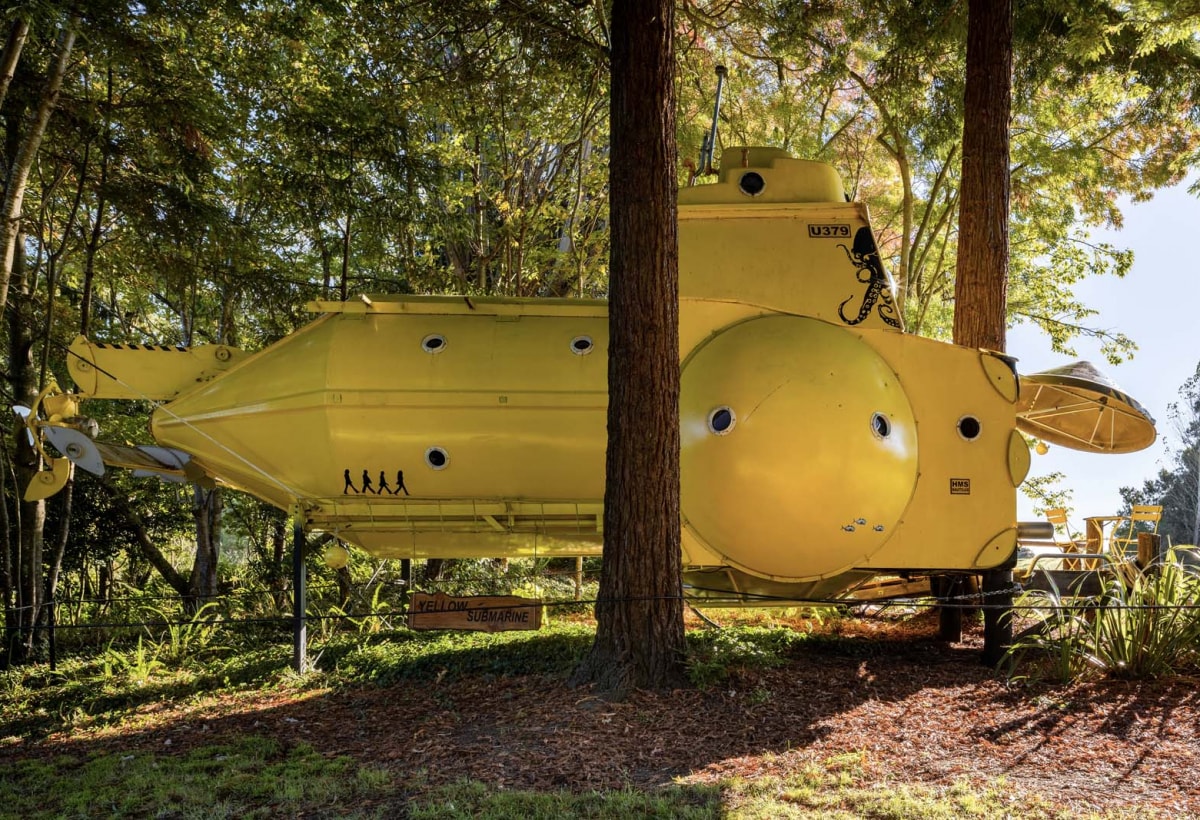 5
Yellow Submarine, New Zealand. Small spaces and no possibility of wifi (but they write “you will thank us for this, the children will forget their devices), in this 60s yellow submarine nestled in the woods.

The leverage of amazement generated by these accommodations plays an important role: just one month after its launch, the Wow! it has been used by users 2.5 billion times and has also made it possible to discover places that otherwise they would not have even noticed.

For this reason this category also acquires relevance in the promotion of a responsible and sustainable growth of travel.

Airbnb's flexible search tools have an impact on travel dispersion, according to our new report How Airbnb Supports Sustainable Travel In Europe.

The new trend is to book stays, no longer in the most popular destinations, but in less known destinations. 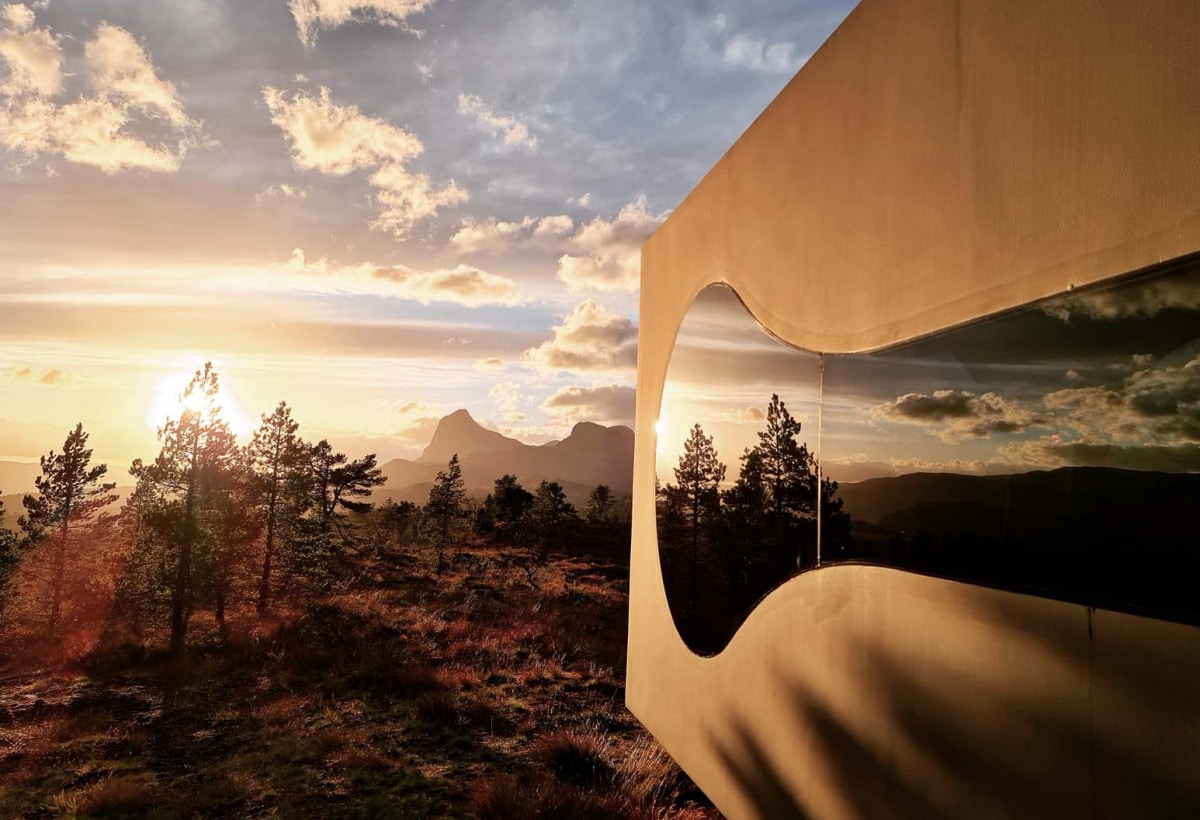 4
Birdbox, Norway. A box reachable with a 15-minute walk to escape the frenzy of the city and enjoy a breathtaking view of the snow-capped mountains thanks to its porthole windows.
#Architecture #stories2023-en