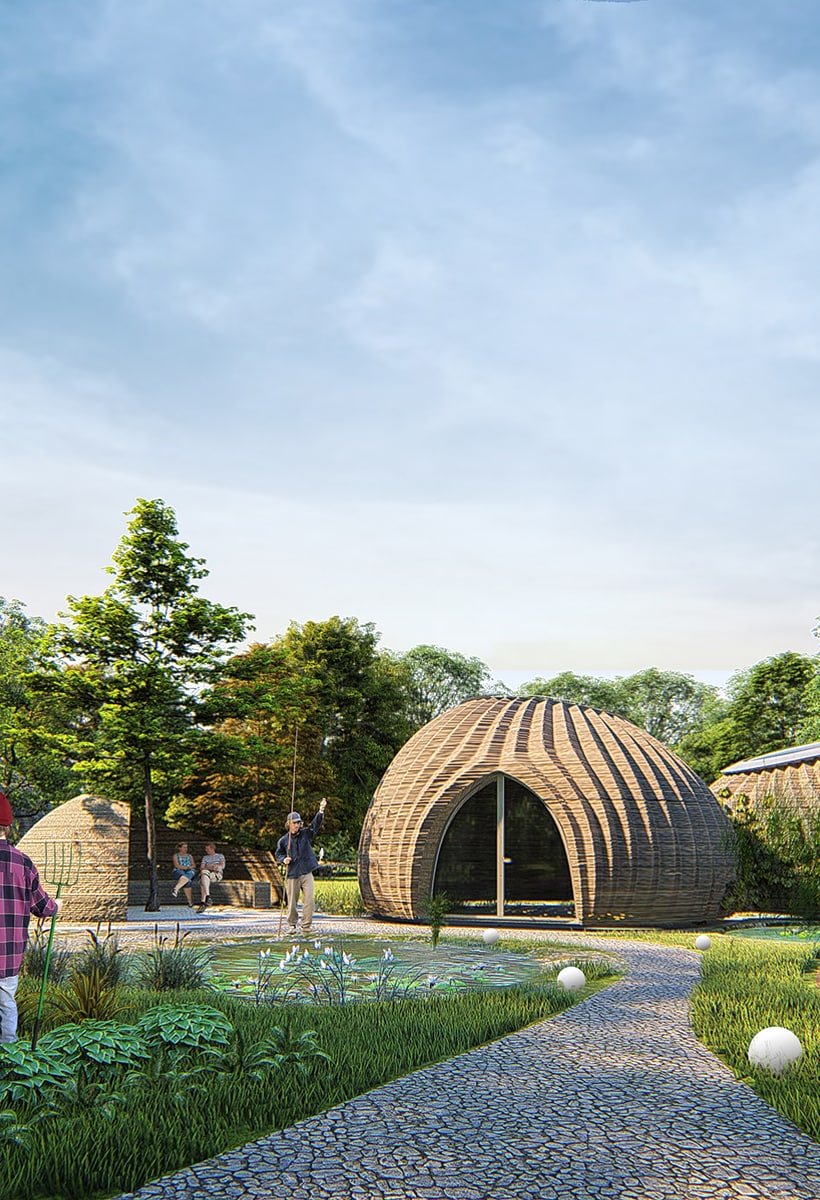 Building houses using local raw soil and a 3D printer: a fascinating idea that Mario Cucinella turned into reality after years long project developed with the School of Sustainability and WASP. The purpose? To test the validity of construction models adaptable to the different bio-climatic conditions of the globe, in order to reduce the impact of buildings on the environment

“Sustainability is closer than we think,” says Mario Cucinella. This is why he believes in the potential of Tecla, the result of a four-handed experimental project between SOS - School of Sustainability, MC A, WASP of Massa Lombarda by Massimo Moretti: the first multi-3D printed prototype of a house built entirely of raw excavation soil that at the end of its life cycle will return to the earth.

"Tecla demonstrates how, not by looking for innovation in the material but in the research process, one could build zero kilometer and recyclable homes, entering into the real challenge of sustainability", explains the designer. “Transforming raw materials that have undergone industrial processes and produce pollution and CO2 already during the construction phase, and calling them green is an oxymoron. Tecla's concept is based on the fact that it is no longer necessary to transport material as it is possible to use only the land of the sites where you will go to 3D print. And this already means a huge ecological and economic reduction in the impact on the environment".

Of course, this housing model, named Tecla in homage to the identity characteristics of its DNA (technology and clay) and also in homage to an imaginary city, described by Italo Calvino in his novel The invisible cities as a "continuous urban evolution ”, It will not solve the problems of the city or of a generation.

"But it can be especially interesting for the countries most in difficulty, where, even under the pressure of population growth, there is a need for new built spaces and there are no raw materials or resources", continues Cucinella. "There, instead of shipping containers, metal sheets or anything else, it would be nice to bring technological innovation, that is, the best we know how to do, by sending technologies to the site, such as a printer, with which to create everything. In the end, the project is to find a way to create a true empathy with the climate and the environment, because this is what dictates the rules, imposes the form and type of architecture: it's a story as old as the world".

This 'shell' that has acquired the aesthetic-architectural value of a house of about 60 square meters, consisting of a living area with kitchen and a sleeping area with bathroom, enclosed in two raw soil shells made expressive by a fluid and uninterrupted up to the roofs, where a circular skylight conveys the zenith light inside the rooms, a system provides for the collection of water and the recovery of all gray water, also to irrigate the greenery outside, has already been designed to potentially adapt to the bio-climatic conditions of each place.

And this is its plus.

"It all started in 2019 taking a cue, as often happens, from one of the master's theses of the students of SOS - School of Sustainability of MC A that the studio has optimized with years of work and research on shapes, on wall thicknesses, declined in an insulating layer and a ventilating layer that define the optimal thermal mass of the envelope according to the climate, on the layouts”, says the architect. 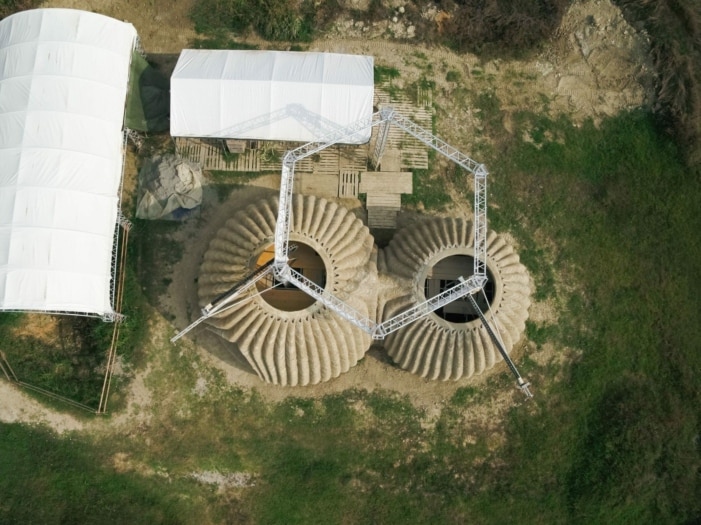 For now, the first phase of 3D multi-printing of the Tecla envelope in the WASP technology park in Massa Lombarda (RA) has been carried out with the contribution of different partners. Mapei studied the clayey materials and identified the key components within the raw earth mixture to create the envelope in the 3D printing phase, Milan Ingegneria designed the self-supporting structure. Ricehouse provided technical advice on biomaterials deriving from rice cultivation waste that affected thermal performance and living comfort. Capoferri has engineered and produced the windows; Frassinago oversaw the green setting project. The lighting project, developed both internally and externally with the aim of obtaining maximum flexibility and sustainability of the intervention, was developed by Lucifero’s.. Finally, Ter Costruzioni sponsored the construction. 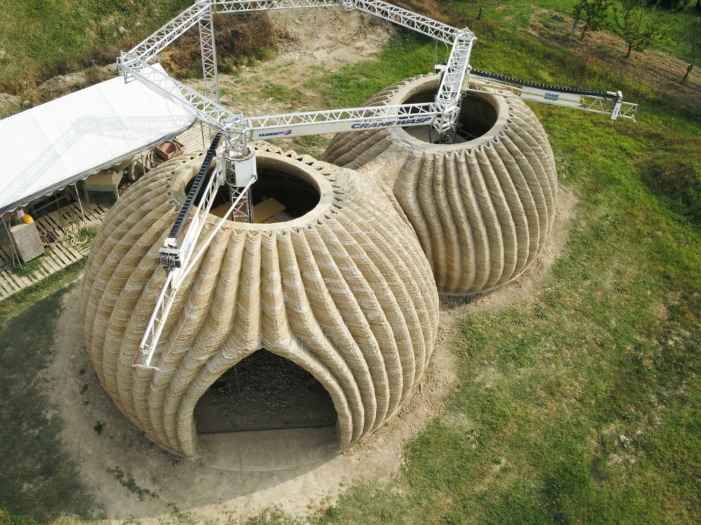 The 3D printing phase lasted three months, WASP estimated 200 hours of printing, the equivalent of about 8 days of work, the use of 7000 machine codes that translated design, for a total of 350 printed layers. of 12 mm, 150 km of material extrusion and 60 cubic meters of natural material excavated on site.

The furnishings reflect the circular philosophy of the house: transformable, reusable, recyclable. Partly they were 3D printed in raw earth along with the walls, such as the drawer furniture, the bed, the kitchen module. They are partly part of the MC D - Mario Cucinella Design - for Recycling line; others are pieces of SOS - School of Sustainability. Discarded chipboards were used for the wooden table. For the floors, a natural texture was chosen resting on the gravel base with beaten earth. The return to the origins in the key of re (evolution) has begun.

The garage of Mr Design Miami

The house that breathes