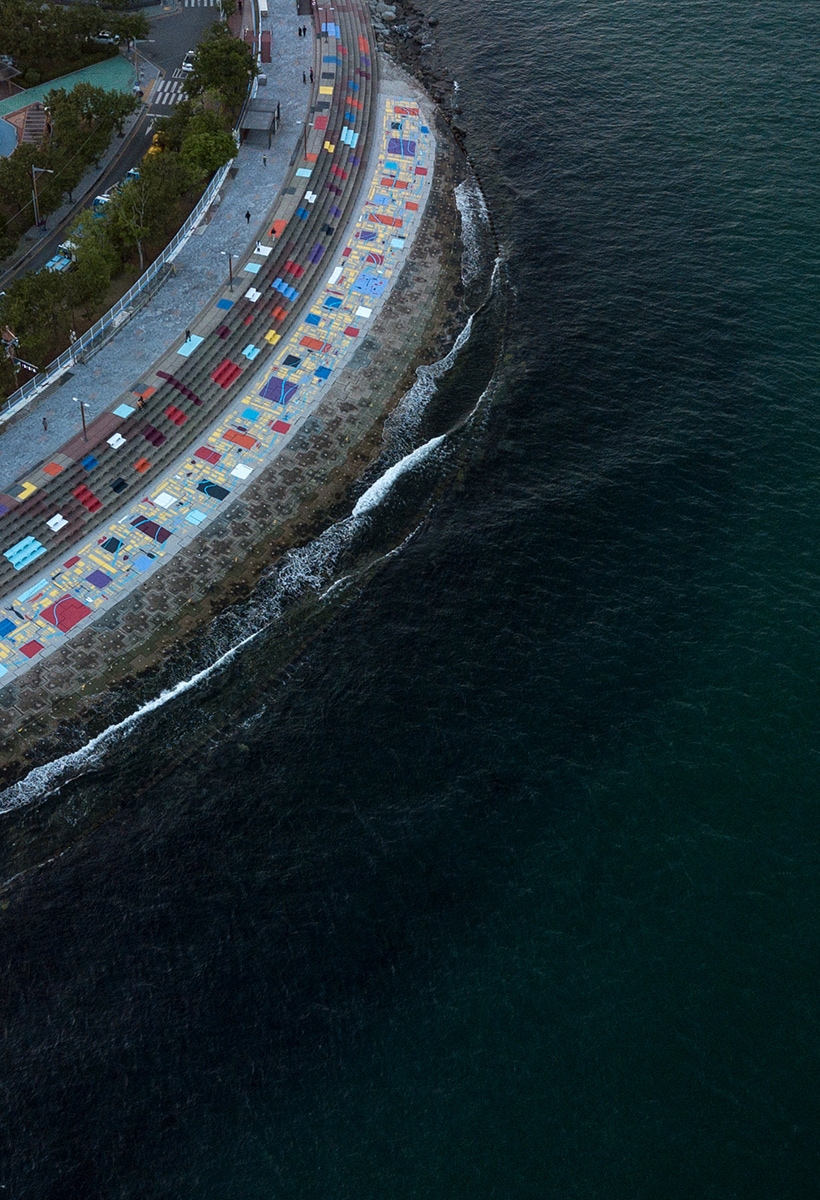 In South Korea, colorful marine-themed 'urban carpets' - with Italian design by Migliore + Servetto Architects - redesign the city of Busan as if it were a sort of collective home

Inaugurated in Busan (South Korea) in May, Waterfront Door/ Into the Ocean is a large urban graphic intervention that extends along 500 meters of the coast in the Suyeoung district. Migliore + Servetto Architects studio has collaborated with the Art SoHyang art gallery to involve 40 Korean artists to conceive a huge marine pattern in which the creation of rest areas – in full respect of social distancing – becomes an opportunity to redesign the waterfront. 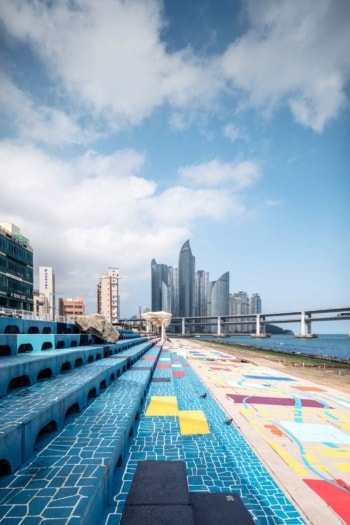 As part of the project for the redevelopment of the Millak Waterside Park promoted by the Korean Ministry of Culture, Sport and Tourism, the studio of Mara Servetto and Ico Migliore created a colorful pattern that refers to the marine world, involving 40 local artists in the creation of the layout that translates the design of the Migliore architect onto the macro scale of a portion of the waterfront. 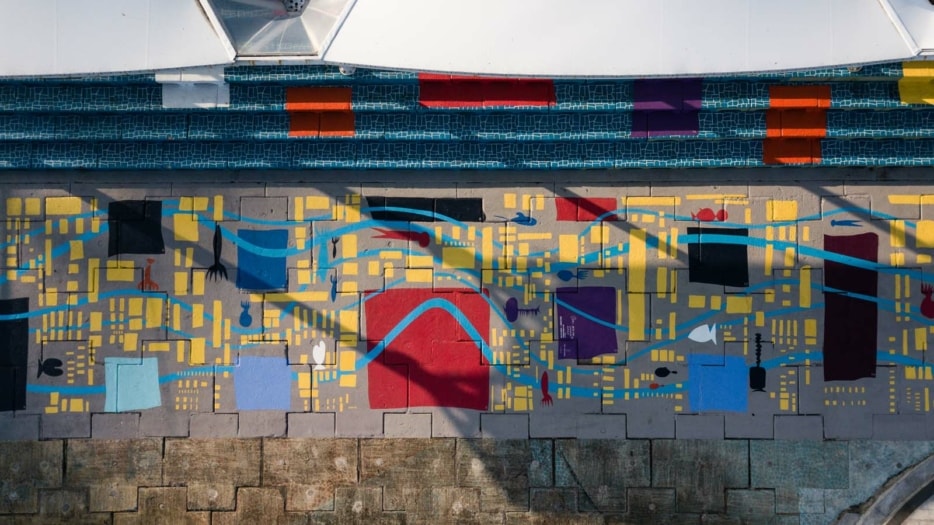 The drawings itself marks the pathway along the coast and suggests a safe distance for those who may stop here. Developing from the macro to the micro level, it interweaves the design of the rest areas within the continuity given by the wave sign and marine elements. The rhythm of the narration develops from five 4x4meter-large wider areas that constitute the same number of thematic squares, each one characterized by a specific colour and drawing to punctuate the pathway, offering a useful reference point for orientation. 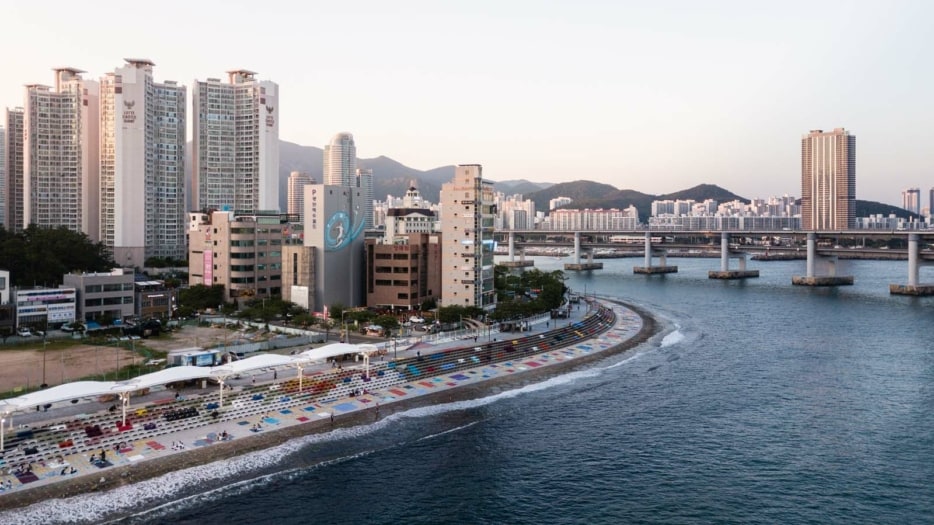 The pattern is composed by structuring itself around the larger thematic areas, from which it spreads into a series of further signs, such as the squared elements that define 2x2 m rest areas, marked by a variegated color with bright and numbered tones to identify immediate the different points of the route, facilitating orientation. Then there are the smaller but characterizing graphic signs that refer to the marine population of the ocean in front: sharks, octopuses, hammerheads that roam the waves of this imaginative graphic ocean. 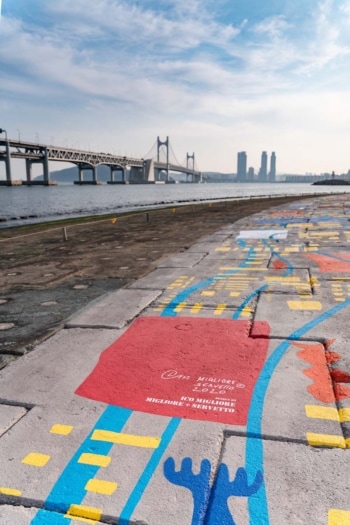 The result is a dynamic space whose appearance changes according to different times and seasons, a space that invites people to inhabit it, and shaped it. A space to respond to respond to the changing needs of the pandemic context which are claiming more and more open-air spaces aggregation while always remaining respectful of social distancing when required. 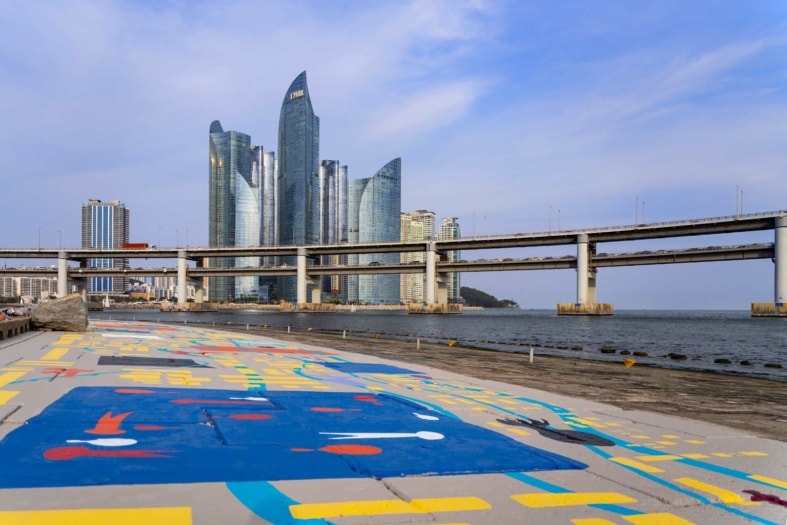 The one designed by Migliore + Servetto Architects is a public project - artistic but also functional - which generates 'urban carpets' capable of looking at the city as a 'collective home'. And redesign it.

A cylindrical architecture in Mexico

Green offices: a net plus energy building in Stuttgart