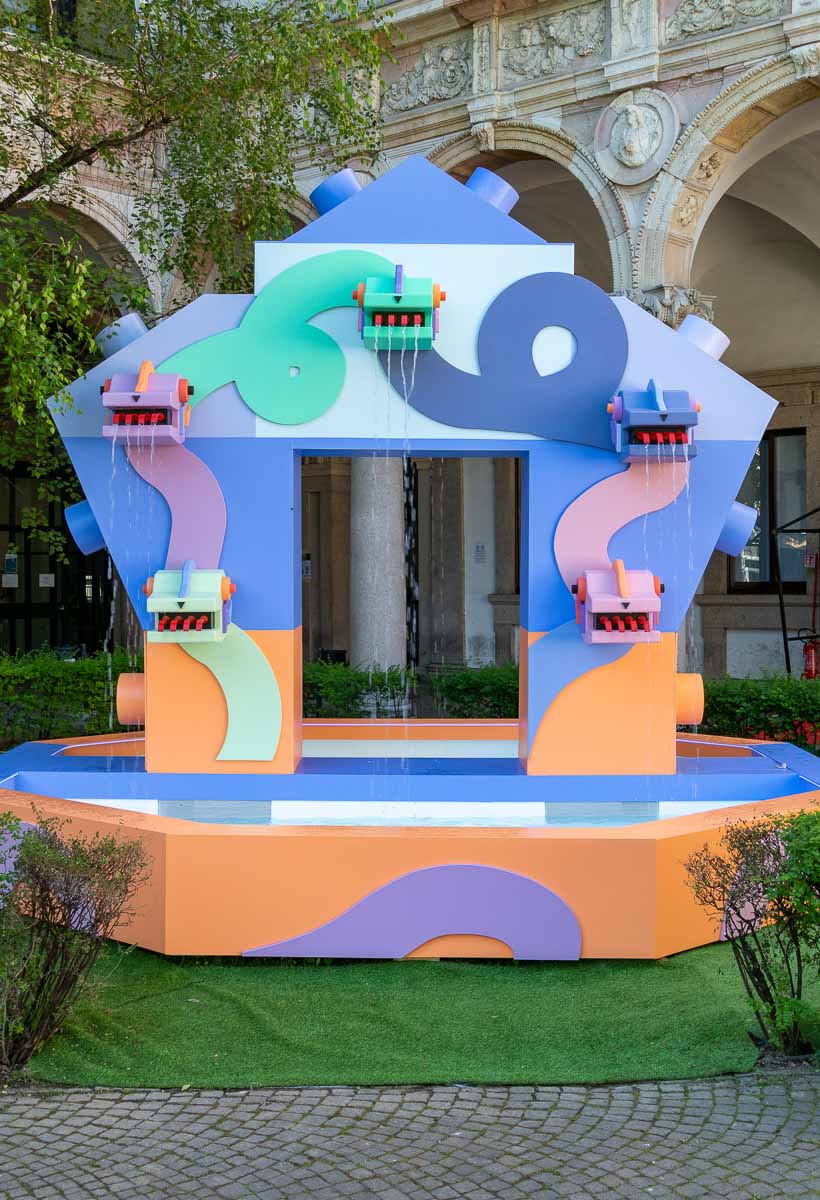 The Voice of Hydra

The Voice of Hydra

Water, regeneration, change and interaction: these are the keywords of the futuristic fountain conceived by Elena Salmistraro.

The partnership between Elena Salmistraro and Guglielmi Rubinetterie, manufacturer of innovative tap and fitting collections, is inspired by the idea of water as an element of regeneration. Regeneration means rebirth and renewal and, like baptism, it is a concept linked to water. Water leads us to the image of Hydra, a creature from Greek mythology with nine heads and the ability to regenerate itself.

In Elena Salmistraro’s imagination, Hydra casts off its monstrous nature and changes into a playful symbol of life represented by a large, multi-coloured fountain. La Voce di Idra (The Voice of Hydra), positioned in the corner flowerbed of the Main Courtyard, is an octagonal pool five metres wide and divided into two by a pentagonal portal four metres high to form two symmetrical basins.

Illuminated by Ledvance Smart+ WiFi LED lights, the fountain is covered with painted plywood panels and features three-dimensional dragon’s heads. The water emerges from voice-activated taps shaped like dragon’s tongues by Guglielmi Rubinetterie, in a visionary and futuristic testimony to the innovation, style and convenience of the company’s products. 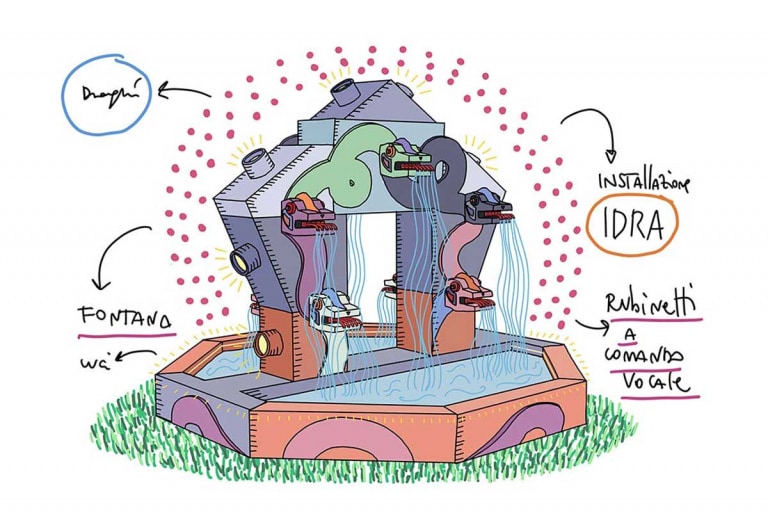 A project by Elena Salmistraro in partnership with Guglielmi Rubinetterie. Cortile d'Onore - Università degli Studi di Milano - The Voice of Hydra installation created by Elena Salmistraro for Guglielmi Rubinetterie, in the corner flowerbed of the Main Courtyard, is a fountain composed of an octagonal pool. The entire structure is made of wood and covered with industrial plywood panels, treated to withstand moisture and water-painted. In the centre of the pool, at the point of the portal, there is a machine for water circulation and management of the Ledvance voice-activated Smart+ WiFi LED lighting system. The fountain features voice-activated taps shaped like dragon’s tongues, which produce water at the sound of a voice.
#Design Re-Generation 2022