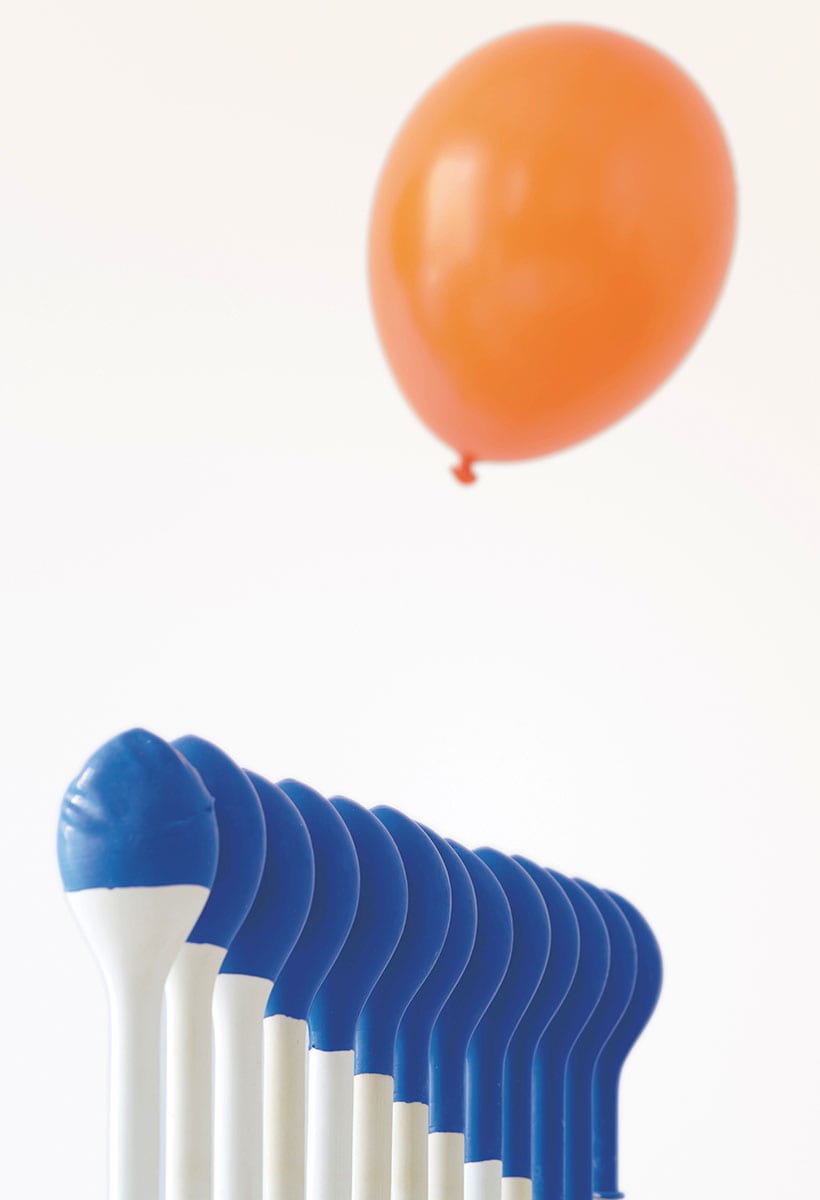 An exhibition on materials: between design, science and technology

An exhibition on materials: between design, science and technology
In the travelling exhibition Created in Italy on industrial scenarios, Odoardo Fioravanti, Giulio Iacchetti and Francesca Picchi spotlight our country’s productive excellence. Starting with materials

Delving into the world of materials means getting out of the design field and moving in neighboring and substantially daunting territories: science and technology. The paths are unexpected, because they force us to use a different system of thought. This is the challenge met by Giulio Iacchetti, Francesca Picchi and Odoardo Fioravanti to curate the exhibition “Created in Italy. An Aptitude for the Impossible” a survey of companies that produce innovation in terms of technology and industrial vision. The Directorate General for Country Promotion has produced this exhibition that will travel through the network of Italian Cultural Institutes in the world (after a first stop in December in San Francisco, the next iteration will be in Melbourne). 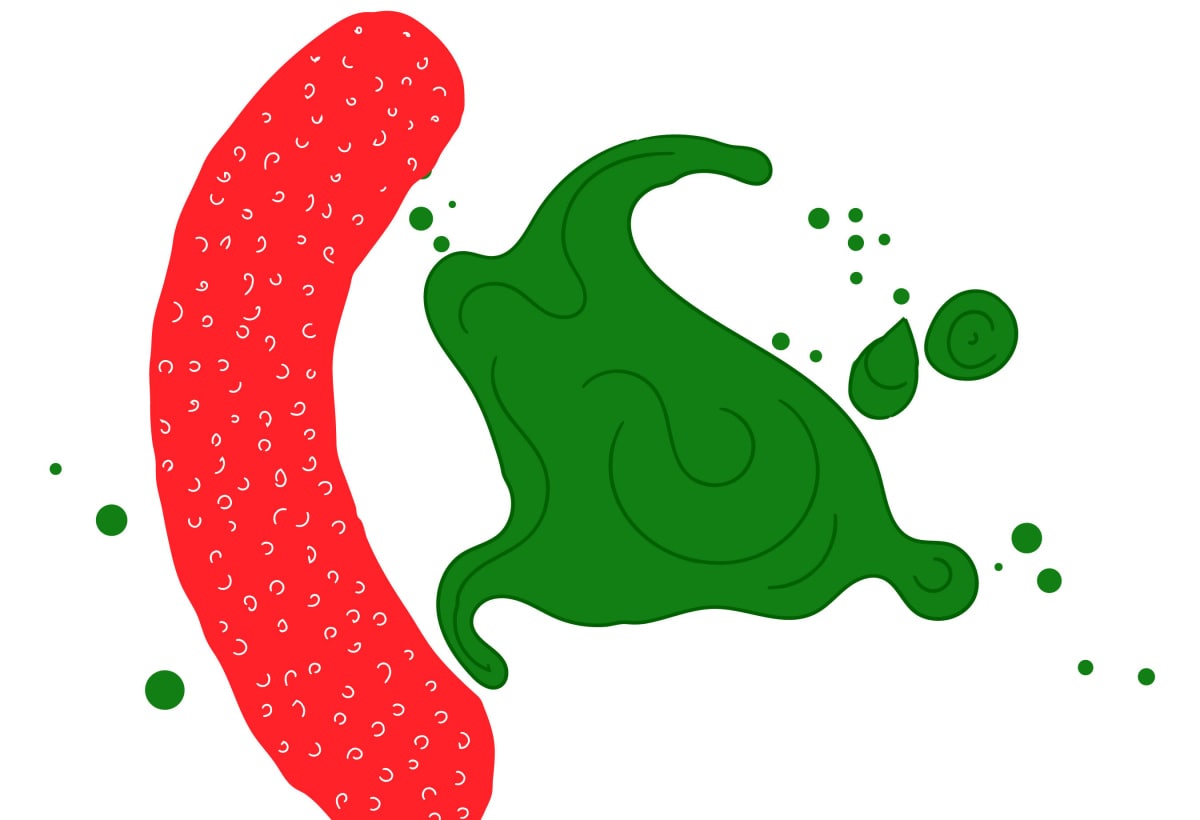 2
“Created in Italy. An Aptitude for the Impossible” is the exhibition organized by the Directorate General for Country Promotion to bring together the best technologies Made in Italy. The illustrations are from the exhibition catalogue, and were made by the studio Propp.

The aim is to talk about Made in Italy not only in terms of artifacts, discovering two basic things: that the Italian industrial panorama is (also) made of technological excellence; and that the companies involved are historically and inseparably linked to the ability to compensate for error, defying a lack of significant resources for research, while generating progress through faith in the value of experimentation. How did “Created in Italy” get started? Giulio Iacchetti explains: “The selection attempts to represent all of Italy, from Friuli to Puglia to Sicily. No fee was involved for the companies, just logistical support and the free loan of their exhibits. We curators had total freedom, and the presence of companies connected with design (Pedrali, Magis, Foscarini) has the aim of narrating the stories of outstanding products.” 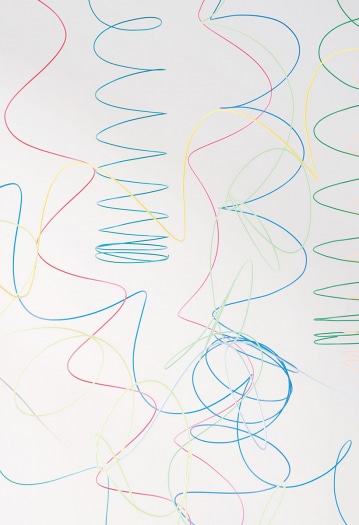 Most of the players involved are high-tech industrial companies that excel in the making of surprising, useful and sustainable products. Such as Gemar, a leader in the production of biodegradable latex balloons, at a pace of 6 million units per day. Or Petroceramics, a spin-off of the Geology Department of the University of Milan, which has been working for fifteen years on a process of Liquid Silicon Infiltration (LSI), which has a key role in the design of carbon-ceramic materials for use in extreme conditions such as those of spacecraft. Another case is that of Terre Davis, a company of reference in the production of red clay for tennis courts, obtained by grinding up debris from the demolition of agricultural and residential structures typical of the Po Valley. Or Fizik, which produces saddles with programmable liquid resins, shaped by a digital system that exploits the projection of ultraviolet light. Eumakers, on the other hand, is an initiative of Sfregola Materie Plastiche (compostable bags for urban trash collection and special refuse) aimed at reutilization of waste for the production of raw materials utilized by 3D printers. Finally, Directa Plus is the company that produces Grafysorber, a graphene-base device that decontaminates water, removing petroleum and hydrocarbons, with an absorption capacity of 90 times its own weight. 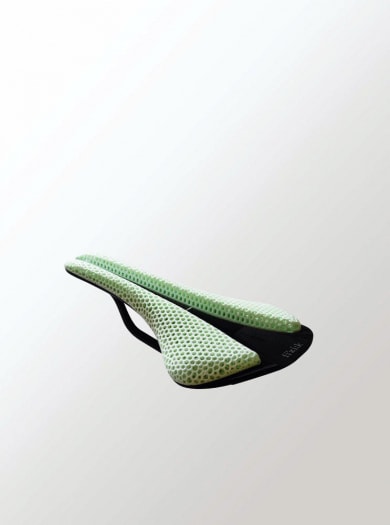 The Antares Versus Evo Adaptive saddle is made by Fizik and offers a preview of a type of individually adaptable products.

Attitude to the project

The detection and selection of these companies and their products by a trio of design professionals is quite unusual. Not one of the brands has anything to do with the world of ‘design.’ But the two worlds do share a certain attitude, and there are similarities between them. This is aptly explained by Telmo Pievani, a philosopher of science and evolution. In 2021 he published Serendipity: the Unexpected in Science (Raffaello Cortina Editore), the result of research commissioned by the European Research Council to understand the role of the unexpected and of error in scientific and technological research and development. Pievani starts the book by telling an old Persian fable: three wise men set forth from Serendip to explore the world and learn new things. The unexpected is their greatest teacher, in the end. Hence the concept of serendipity, already utilized for some time to define a process that starts from a question and finds an unexpected answer, which might be incomplete but is still functional for an effective, new approach to various problems. 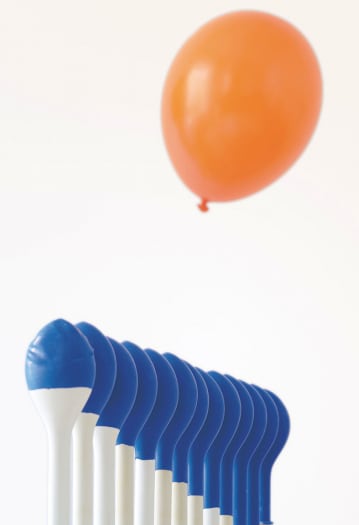 Gemar produces six million balloons per day in biodegradable latex, making it the European leader in its field.

Though known to science, theorized by philosophers and documented by examples, serendipity is still surprising. Because it is useful only when we are capable of grasping what is unpredictable, perhaps even wrong, but also generative. The stories of Italian brands offer unmistakable examples of serendipity, seen not only as a scientific model but also as a typically Italian ability to use intuition, seizing opportunities and creating needs, desires, visions. The big favor Iacchetti, Fioravanti and Picchi have done for the world of design with their research is to find analogies and resemblances in the modus operandi of completely different sectors. Materials are the technical-scientific frontier of design. But we must have designers and entrepreneurs who are well-versed in serendipity, to understand the unexpected uses and purposes of new materials. 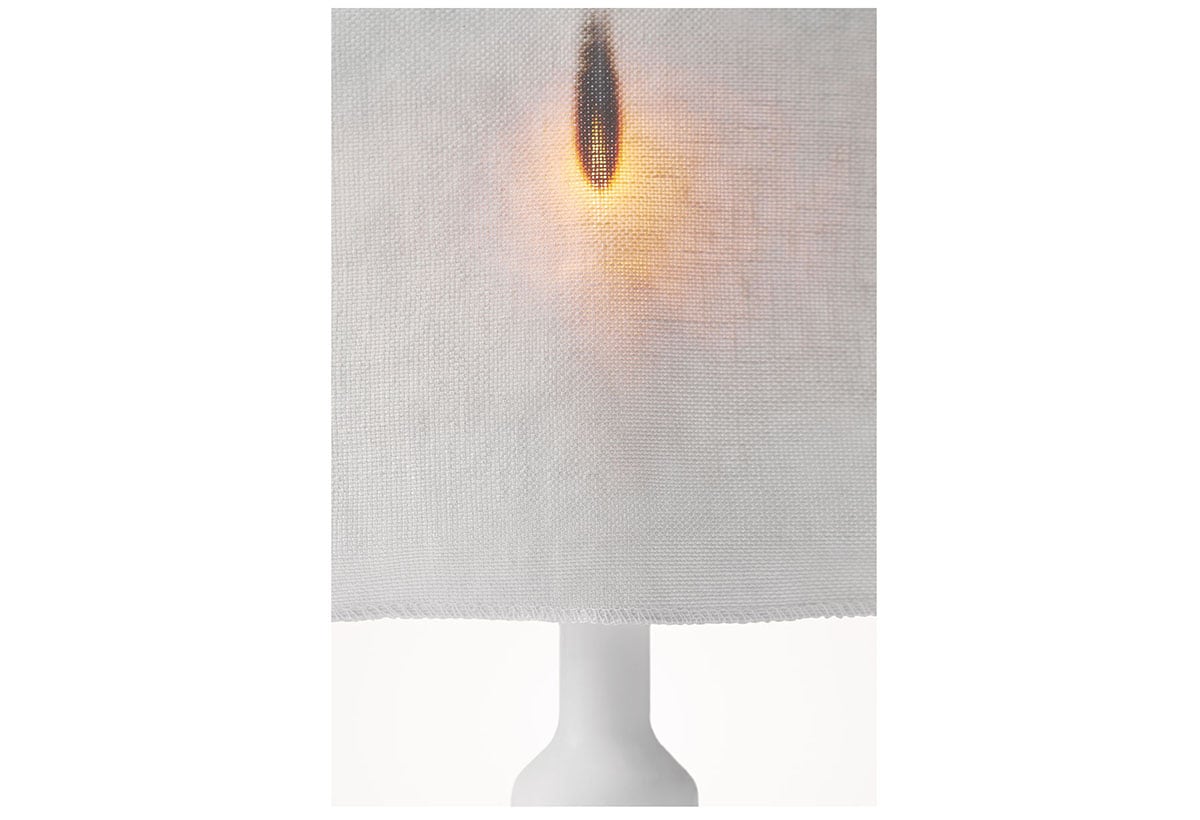 2
Coex is a spin-off of Torcitura Padana and Gruppo Zanolo, founded to develop a naturally flameproof and biodegradable linen or cotton fabric.

The paths of made in Italy

The tenaciously followed pathways of Made in Italy are opened up by the availability of investment of time and resources, to see where it all leads. This is a privilege that is constantly decreasing for those who work on research in a more formal way. The deployment of economic resources on the development of new materials drives a focus on expected – not unexpected – results. This is why the stories narrated or indicated in the catalogue of “Created in Italy” are milestones, vivid examples of creative processes and contexts that speed up invention. The themes that emerge are in dialogue with the contemporary world and open up a horizon where reuse, sustainability, care and repair are key terms. Something, in spite of the complexity of the various specializations, has caught the eyes of the three curators of “Created in Italy,” and it is the signal that powerful affinities do exist, a proximity that can be cultivated through mutual curiosity. 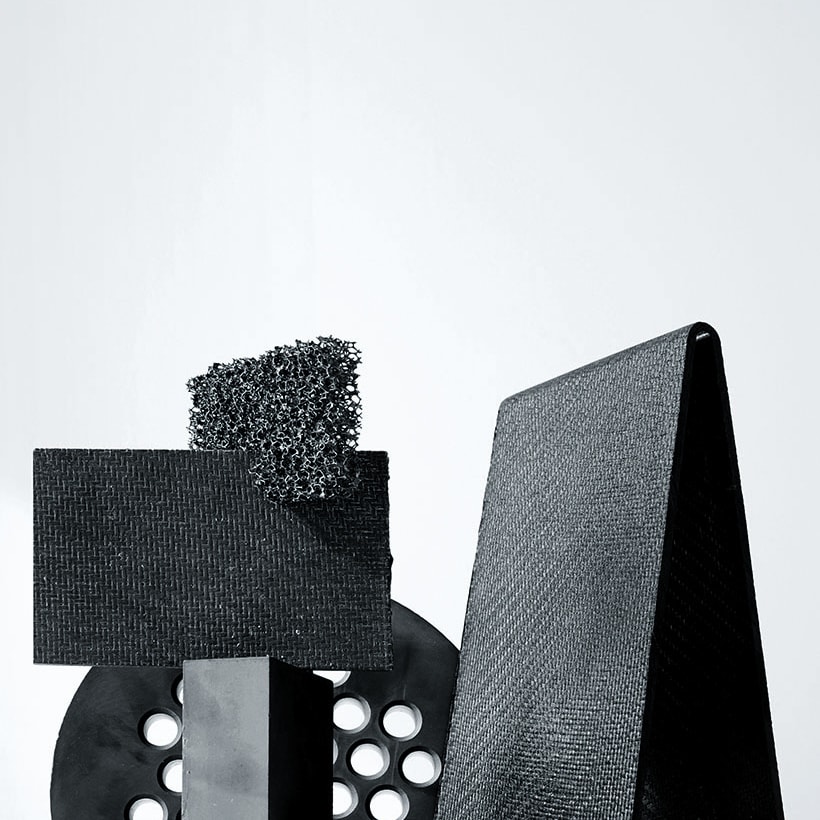 2
Petroceramics has developed a compound for the production of thermal protection systems in the reusable aerospace vehicles of the ESA.

The qualities of graphene

It is a complex path that requires a certain amount of patience. An example: Directa Plus, which uses graphene, a material that exists in nature, but one that has also earned a Nobel Prize for two scientists who have used it to create the world’s thinnest artificial material. It is stronger than steel, it conducts electricity better than copper, and it can be shaped like plastic. Its applications are still indefinite, but it is used in many production sectors, from textiles to batteries. Giulio Cesareo, co-founder of Directa Plus, studied production processes in the United States and returned to Italy with an industrial model in mind that would eliminate the presence of chemical agents, in favor of a process of plasma expansion that makes graphene a non-polluting material. 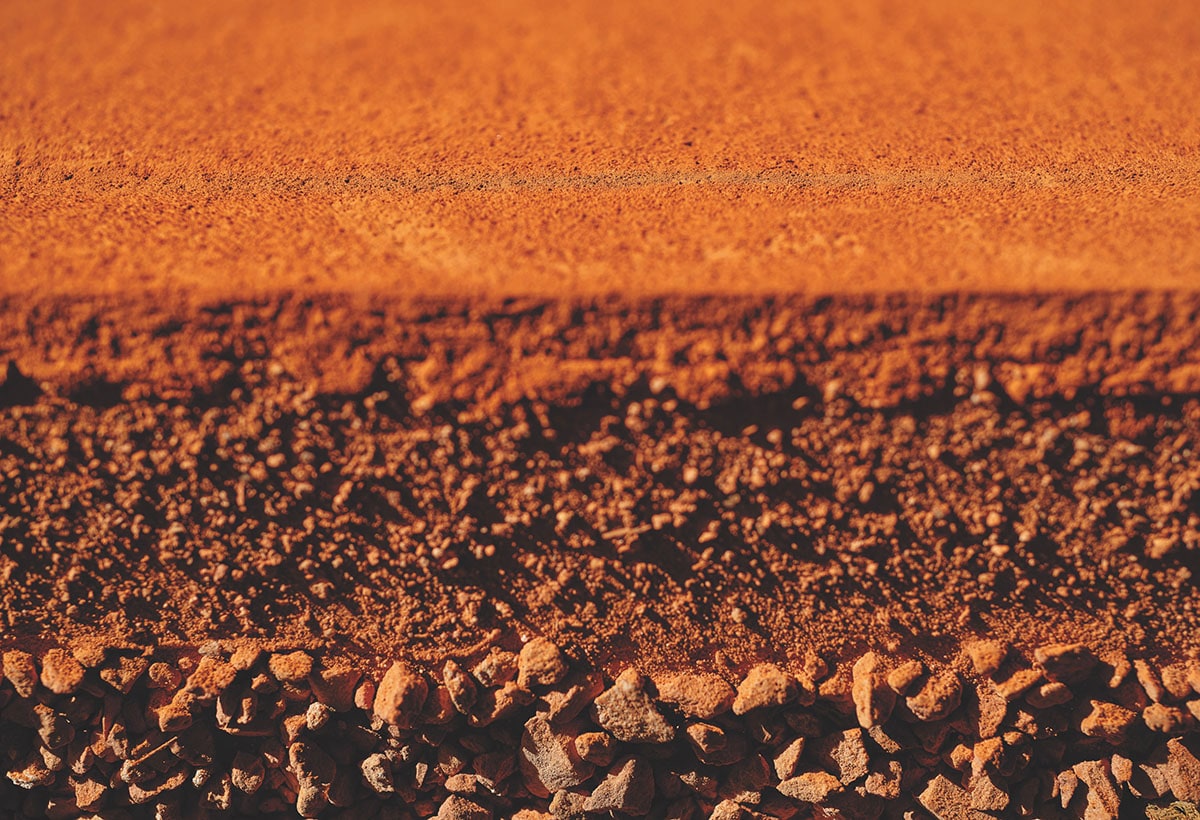 It is used for a device that purifies water of hydrocarbons, but the invention of Giulio Cesareo also has other possibilities and potentialities to be explored. And, as Enrico Morteo explains in the introduction to the catalogue, “at times it will suffice, in that abundance, to isolate one element and to develop it, making it the key to a new project path; on other occasions, a well-known technique can turn out to be innovative in a different sector.” The conclusion: it is often enough to move horizontally, to construct a dialogue between unexpected territories, or to introduce new languages in apparently solidified, established sectors.