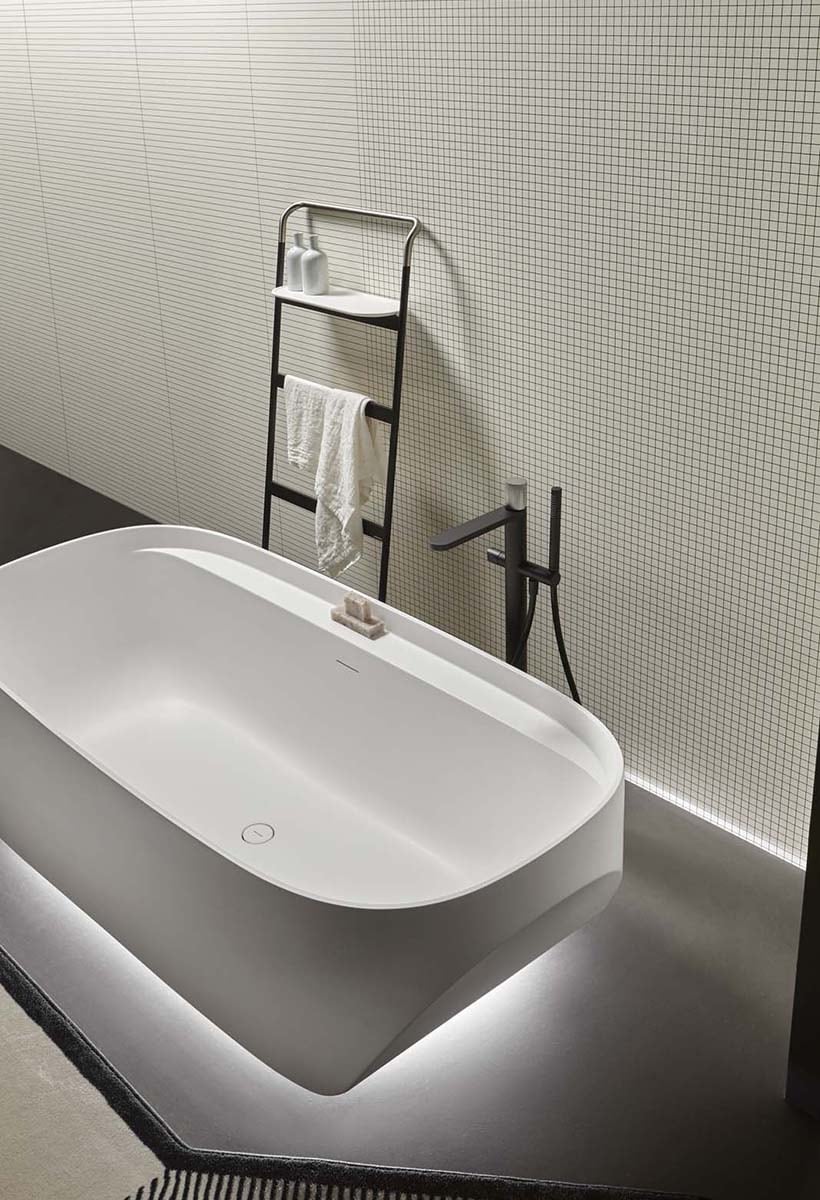 antoniolupi: light in the bathroom, courtesy for guests

antoniolupi: light in the bathroom, courtesy for guests

Two sculptural creations, created to integrate light into the bathroom project, the result of a twenty-year long partnership between an excellent company and a refined designer. antoniolupi deepens the thought of the bathroom as an increasingly personalized and customizable place with the Sled bathtub and the Fluido washbasin by Carlo Colombo. 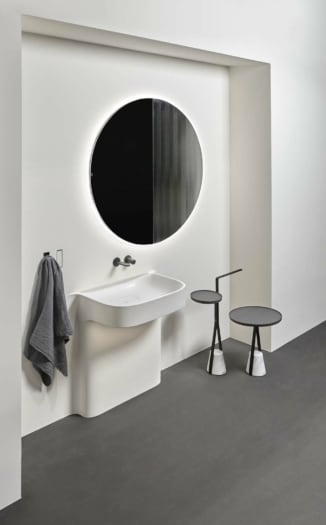 In the Fluido washbasin the light is positioned under the washbasin courtesy light. The bottom position also draws the outline of the column.

Andrea Lupi, creative director of antoniolupi, how did the briefs for Sled and Fluido come about?

"These are two projects presented at the last Cersaie, both designed by Carlo Colombo, a designer with whom I have been collaborating for over twenty years. I asked Carlo to think of a bathtub that had two well-defined design characteristics: light and a large support surface. This is how Sled was born, which has a fluid and soft shape, but depending on the angle from which you look at it, it appears different. The two inclined cuts make it look like a sled raised off the ground, an effect emphasized when the light is on. Light is an optional that I think is very important. During my numerous travels abroad, a courtesy light is always on in hotel rooms. This habit in Italy has never taken place, but with my products I am trying to offer this option to those who want and appreciate it. For this reason, an aesthetic and functional perimeter LED light is inserted in the base of Sled. The same concept is at the basis of the Fluido washbasin, which is born in the wall and exits from it. A fluid effect, from which it takes its name. The light instead of being positioned above the sink, as in other products, we have positioned it under the sink as a courtesy light. The position at the bottom also draws the profile of the column ". 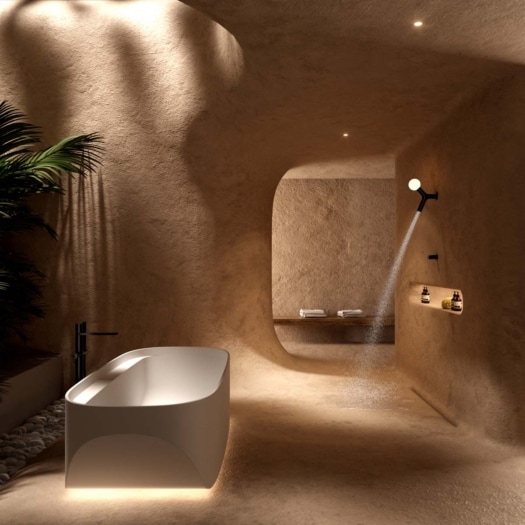 An aesthetic and functional perimeter LED light is inserted in the base of Sled.

You've been collaborating with Carlo Colombo for twenty years, was it normal to think of him for these two briefs too?

“Each product has its own soul and each designer has his hand with very precise characteristics (architectural, decorative, minimalist…). In relation to the type of project I want to carry out, I rely on the designer who is most in line with my needs. In the case of Sled and Fluido, Carlo Colombo was the perfect person who was able to harmonize my requests by creating two elegant and functional products. Its products are always extraordinary and even after many years they remain appreciated and modern ". 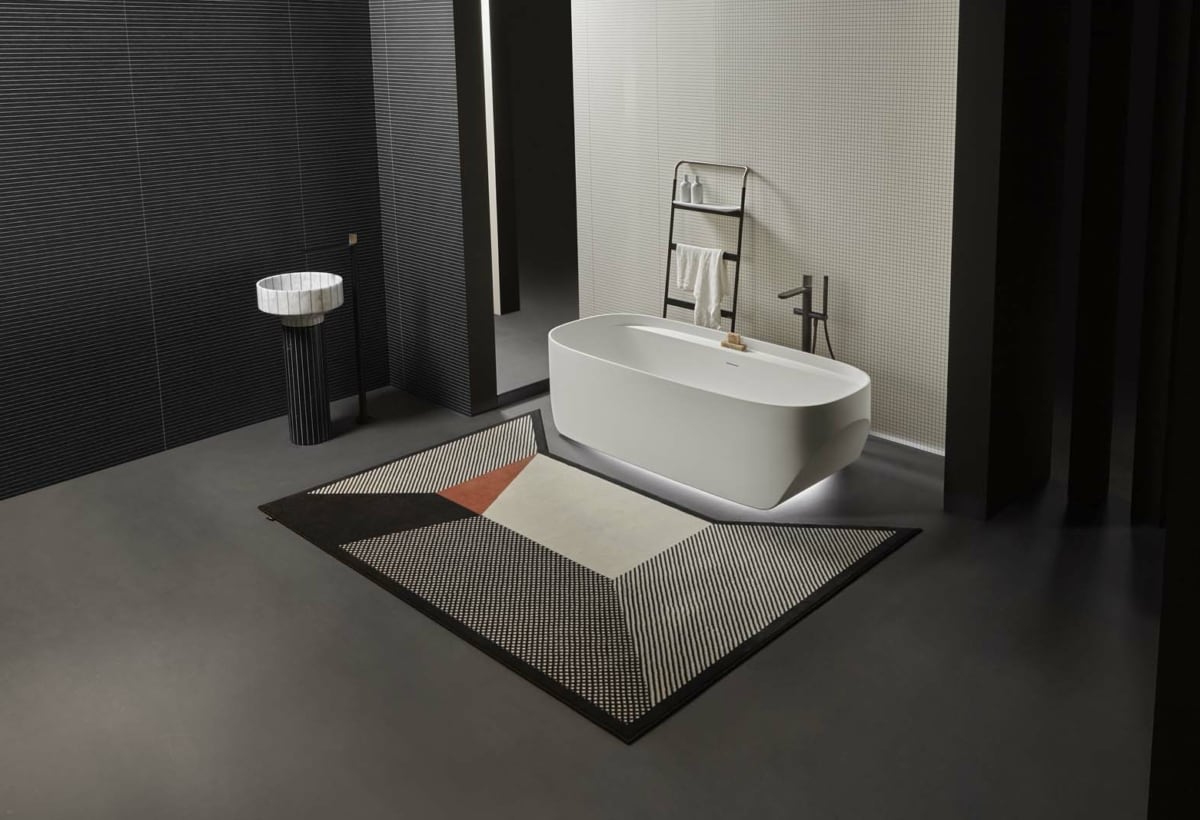 2
The two inclined cuts make the Sled tub look like a sled raised from the ground, an effect emphasized when the light is on.

You are not new to incorporating light into your projects, just think of Apollo by Brian Sironi, the shower head that is also a source of light. What does the inclusion of lighting in a piece of bathroom furniture represent?

"In addition to having inserted a support surface along its entire length, the peculiarity of the Sled tub is precisely the light, to date there are no other tubs on the market with the insertion of the perimeter light element at the base. Many antoniolupi products have an incorporated luminous element and light has become the protagonist, for example the Apollo shower heads and the whole family of Meteo shower heads, more than ten years ago, make light a primary element. One of the peculiarities of antoniolupi is to create innovative products that stand out on the market for their design and research on materials. Objects that invent new fashions and create new habits such as keeping the courtesy light always on in the bathroom ". 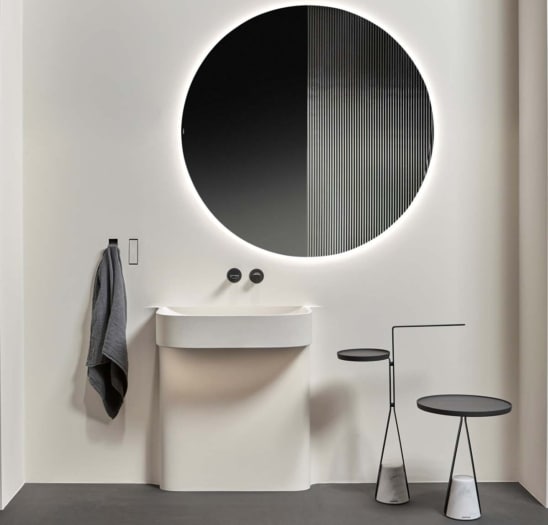 The Fluido washbasin is born in the wall and exits from this: a fluid effect, in fact, from which it takes its name.

The bathroom has now become a place of experimentation for shapes and materials. How important is the design thought of a specific designer to interpret your materials?

“The concept of well-being has been in the bathroom for several years, for example multifunctional shower heads are objects that integrate more features and experience more functions. Experimentation for antoniolupi means innovative and unusual materials for the bathroom. In addition to the solid surface and the latest generation resins, antoniolupi also uses eco-sustainable and recycled materials. One of the latest products we presented is the Borghi washbasin, in which the use of recycled cork for the washbasin column is a unique innovation. Collaboration with the designer is essential for the success of a project. The designer must be able to interpret the company's thinking and make it concrete in a tangible object. The designer has the role of making an idea become matter ". 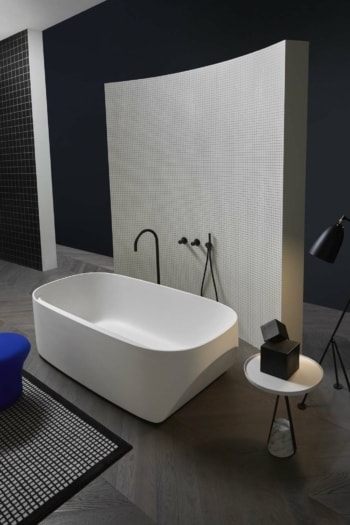