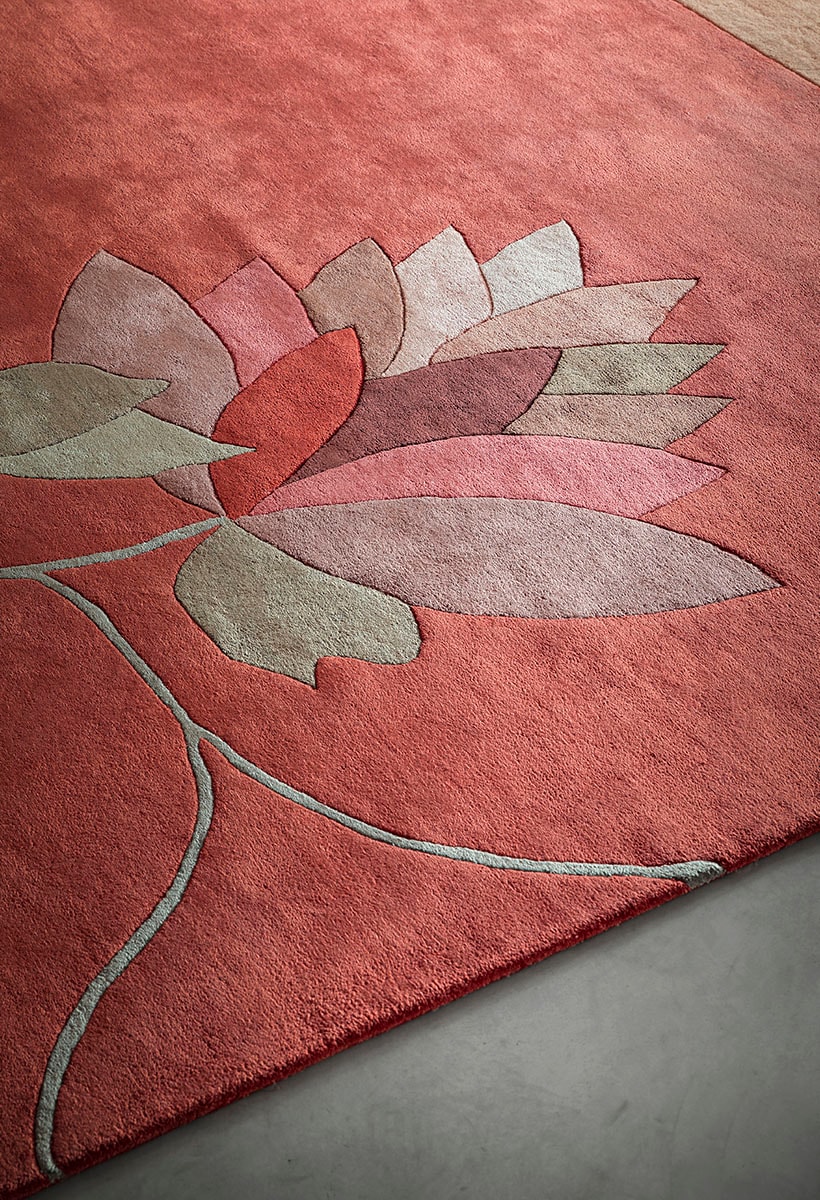 Besana Moquette
Ryu by Laura Pozzi for Besana Moquette. An ancestral Asian weave mixed with the psychedelic lines of the seventies

“With this textile project, I’m addressing a mixed public. A public, not necessarily a connoisseur of design, that will enjoy the interaction between minimalism and decoration, between simplicity and imaginativeness,” says the designer Laura Pozzi, who devised Ryu forBesana Moquette. The carpet is notable for the research into design that defines its structure and decoration. “I started from the Bingata weave that has existed in South East Asia for many centuries. I interpreted two of the 7 traditional designs, mixing them with the psychedelic lines that influenced art, architecture and design between 1968 and 1974.

The result is Ryu and Kyu, two rugs, hand-tufted, different twins in the same style.” Then for both the designer studied and recovered a historical decorative memory, which has influenced centuries of weaving down to the present day, through the firm’s most iconic fabrics, combining these patterns with an essential geometric base. Ryu, in particular, is a handmade carpet made from viscose and wool (72% and 28% respectively).

The workmanship is particularly complex: to produce it, a piece of canvas is attached to the loom and the pattern with the chosen colors is reproduced on it; each area of ​​the carpet is then assigned a number to represent the different colors to be used. Then with a special pistol known as a “tufting gun” the tufts of chosen color are inserted. Finally a silicone or latex glue is applied to the back to attach the tufts to the support and a layer of latex is spread over the back of the carpet. This process creates a carpet that is no longer just a furnishing complement, but an item that characterizes the living area combining sophistication, elegance and artistry.

What is it?
Ryu is a carpet poised between simplicity and fantasy.
What is the design concept?
The starting point is the Bingata weave that has existed in Southeast Asia for many centuries. The design effort was to interpret two of the 7 traditional pattern by mixing them with the psychedelic lines that influenced art, architecture and design between 1968 and 1974.
How is it made?
Ryu is a hand-tufted rug, crafted manually from viscose and wool.
How is it produced and where?
There are a number of craft phases: on a canvas applied to the loom the pattern is reproduced by marking the chosen colors. Then a special pistol known as a “tufting gun” is used to insert tufts of the chosen color through the support. They are made in India by a loyal partner capable of guaranteeing quality and efficiency.
How is it manufactured?
The manufacture of this model calls for competence, sensitivity and notable manual skill.
What makes it special?
The choice of a geometric base between Verner Panton and Psychedelia, deliberately softening the tones, ensured Ryu’s completely contemporary styling, which makes it much more than a furnishing complement, as a carpet with very high decorative value.
What is it like?
Delicate, distinctive, elegant.
#Design #Furniture

Tectona, an invitation to the summer