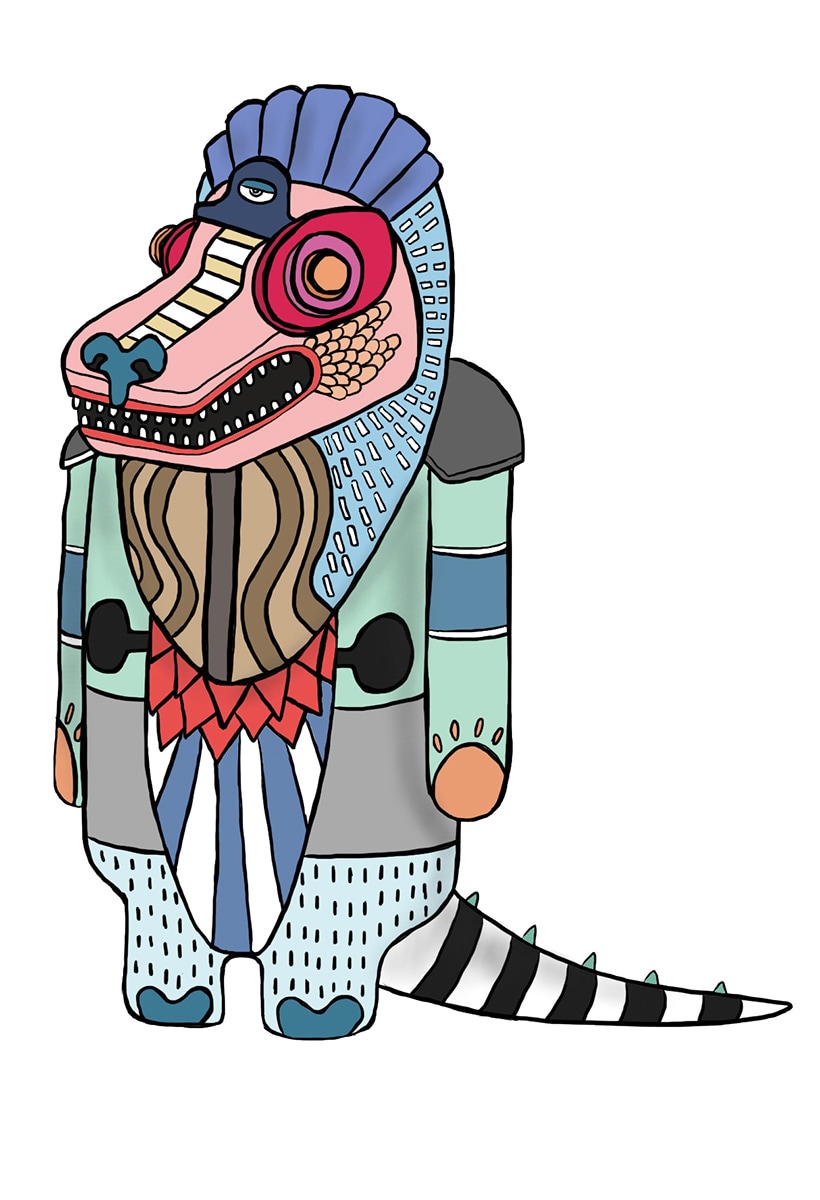 With the installation Amor Fati created for Cappellini during Designer’s Week, Elena Salmistraro confirmed her visionary power. A free, substantial graphic sign to send a message of courage and acceptance to the design system

Even beautiful things can have frightening origins. The mind, like culture, is a dense, layered place, full of trap doors and secret passages, offering surprising resources but punctuated by ancestral fears. Precisely this ambiguous mixture provides the raw material for the creative process. This has been demonstrated for some time now by Elena Salmistraro, designer, artist and illustrator of worlds that draw on our subtle anxieties to give rise to visual acrobatics that find landing points in a range of different brands, such as Cedit, Moooi, Disney, Huawey, CC-Tapis, De Castelli, Bosa, Alessi and many others. 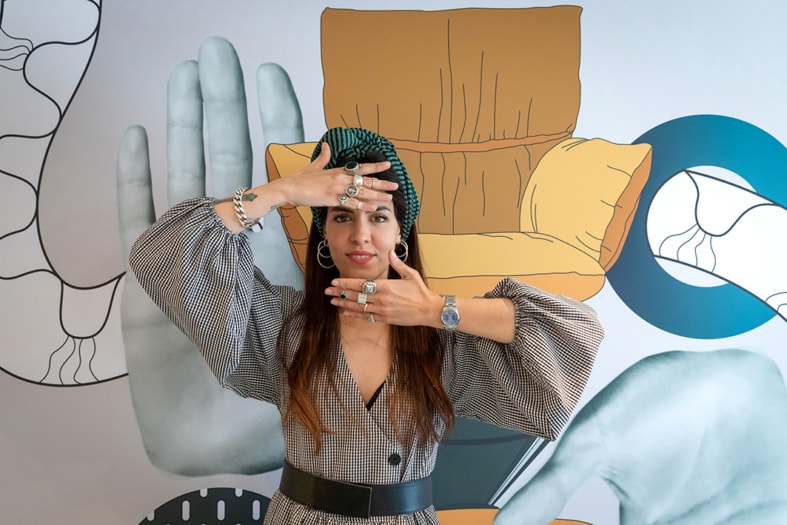 Elena Salmistraro adds graphic content, in the midst of her drawings.

It takes great visionary power to do this. A ‘design’ that is not just a means, but the very substance of the creative act, a transfiguring force that generates life and monsters, as in an eternal springtime. It is no coincidence that the words ‘mother’ and ‘material’ are etymologically connected: the Latin mater, the mother, is she who literally ‘makes herself’ into a body to give to the child, ‘extracting’ a part of herself. This is the same primordial force that pulsates in the earth, which in classical Greek has two names: Chthonia, the abyss, going downward, and Gaia, the earth’s surface facing towards the sky. The former is arid, dark, resistant to cultivation. The latter is flourishing, fertile, productive. But they are two sides of the same coin, because the dark seething of Chthonia feeds the sunny creativity of Gaia. And all this is closely intertwined with design. In myth, when Zeus weds Chthonia, he covers her with a “grand cloak” embroidered with landscapes, forests and hills, which form a smiling face, thus creating Gaia. This embroidered veil is the ‘design’ of the earth (the design of things, if you will), thanks to which Chthonia is transfigured into Gaia, and the molten mass takes form. 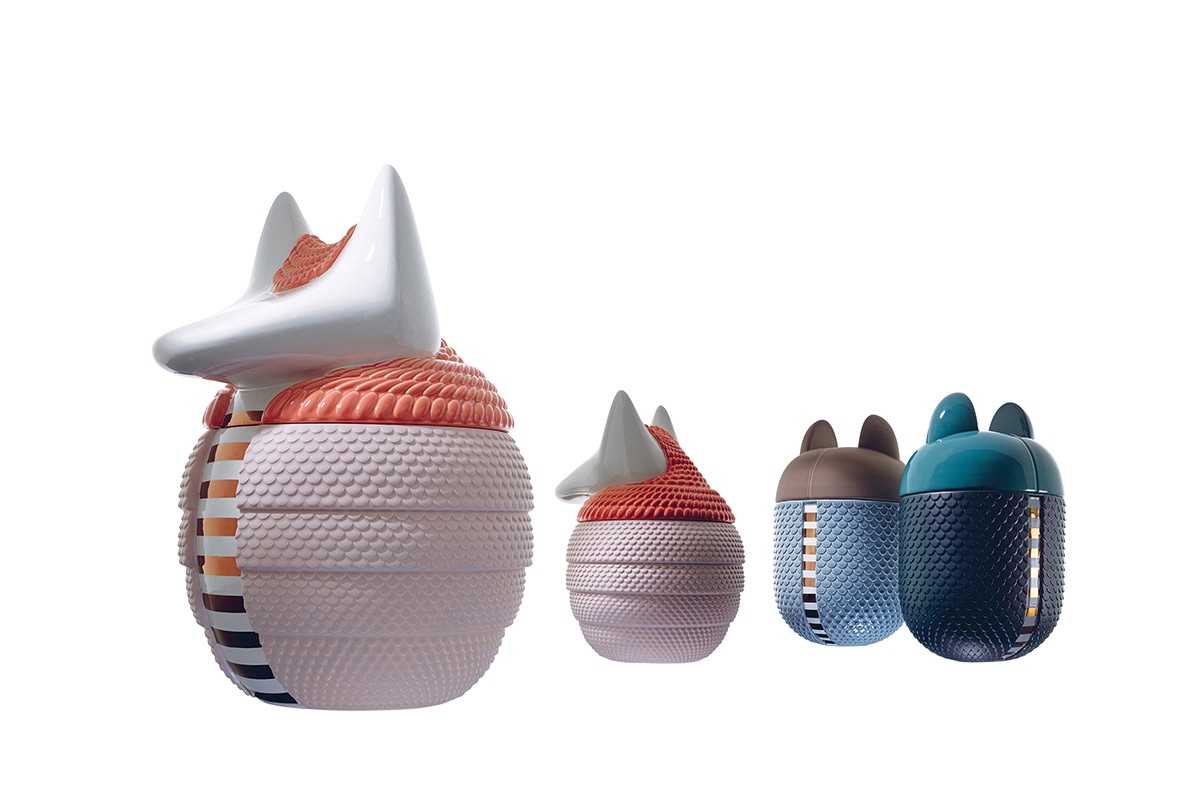 4
The Loricato (armadillo) and Khepri (beetle) ceramic vases for Bosa.

The dualism of Gaia/Chthonia, emphasized on a psychological plan by the conscious/unconscious dichotomy discovered centuries later by Freud, is fundamental to understand the creative source that dwells in humanity. Elena Salmistraro tells of how she began drawing to ward off the fears of childhood, which are terrifying as long as they remain without a visage, but can be transformed into benevolent companions as soon as the drawing grants them form. Hence her most famous creatures, like the primates for Bosa, the griffons for Altreforme, the Biscione for Apple. Projects in which the ‘verticality’ of psychological-cultural layers is joined by the ‘horizontality’ of globalization, in which everything is available, though remotely, in a continuous, dilated present. Were we to attempt a chemical breakdown of the phantasmagoria of Salmistraro, we could find references that range from the lightness of Altan’s Pimpa to the sanguine dramaturgy of Frida Kahlo, visionary Baroque ferment to the expressive immateriality of Japanese manga, all the way to the heraldic mystery of playing cards. 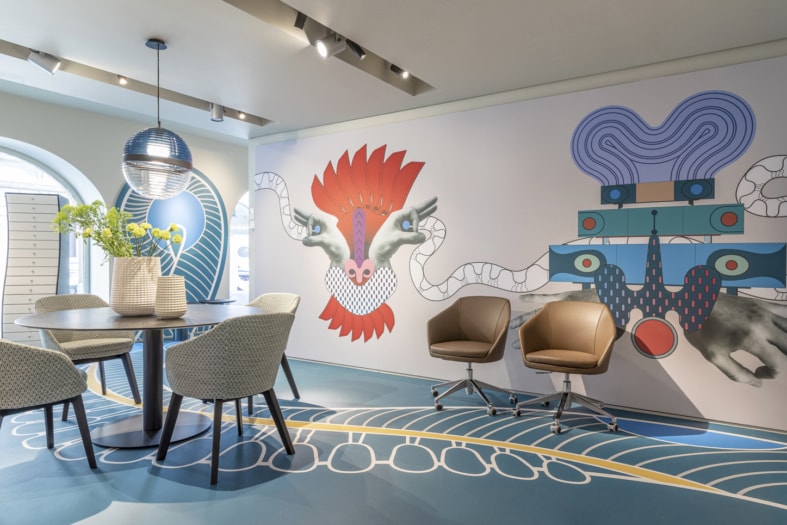 The installation Amor Fati in the Cappellini showroom on Via Santa Cecilia in Milan, a visionary narrative of positive acceptance, incorporating the sophisticated, timeless tones of the new products.

In all this, in spite of the graphic virtuosity, the form is always under control, the silhouettes contoured, the colors well segmented. There is density but not crowding in this visual primordial soup, from which objects and exhibits burst forth, like the one made for the Cappellini showroom for the launch of the new collection during Designer’s Week. A clean, minimal collection for which Salmistraro provided a pyrotechnical counterpart, a sign to fuse the past and present of the Milanese brand. The selected theme, Amor Fati, alludes to the positive acceptance of destiny, starting with a quotation from Nietzsche, to the effect that one should welcome and embrace one’s own fate, whatever it is, because only in this way is it possible to become what one is. A choice that takes on the connotations of a true ‘statement’ directed towards design culture in the annus horribilis of the pandemic. It would be a mistake, Giulio Cappellini explains, “to think that things will go back to being the way they were. This is the beginning of a new reality in which we have to learn how to live, from now on.” 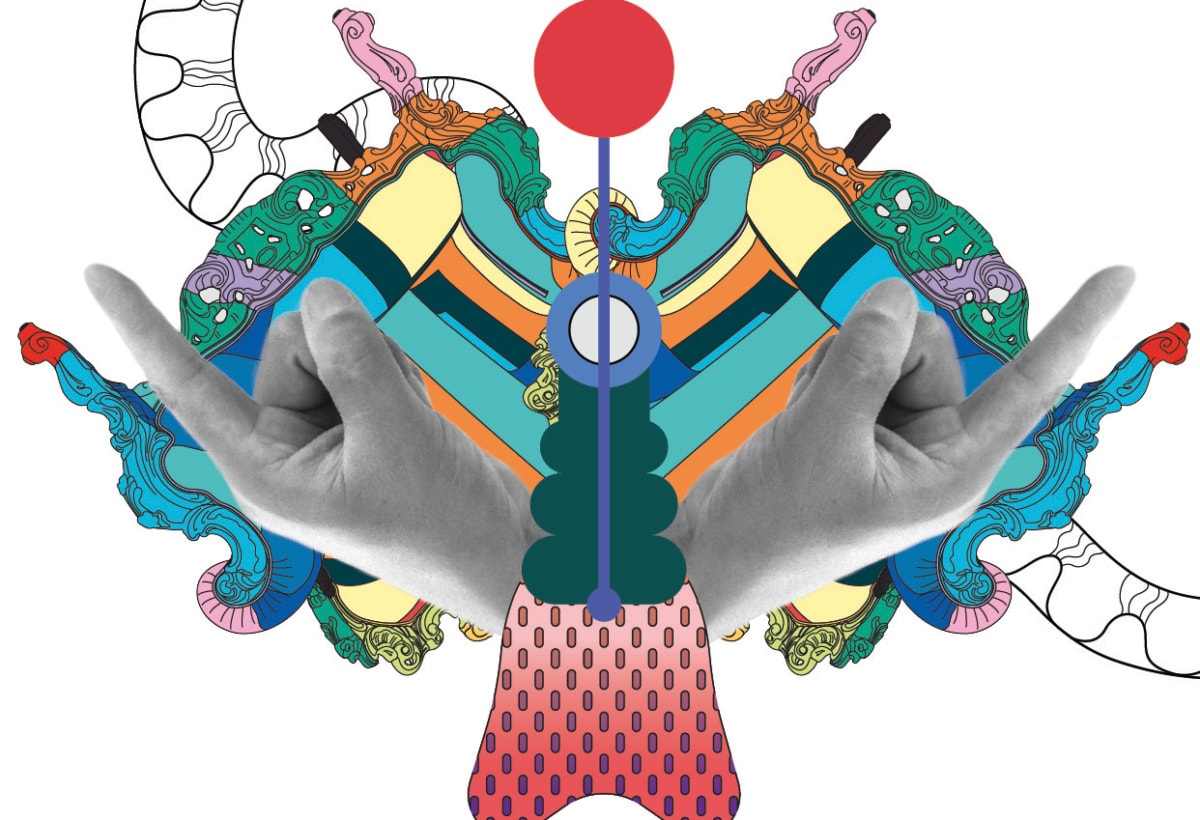 5
A drawing inspired by Alessandro Mendini.

Salmistraro’s project thus represents a ouroboros, the snake that bites its own tail and wraps in its coils both the images of the iconic products of the brand and the new objects presented at the showroom, marking a point of no return of a pre-pandemic past, which has to be accepted precisely as ‘passed,’ opening to a new present in which Italian design will again have to become what it is: not just product but design culture. Drawing again on etymology, we see that in Greek the realized work is ergon, while the force that makes it is en-ergeia, the generating energy that brings the work into being. Italian design is energeia, not ergon. It is surging tension that connects the dark world of Chthonia and the designed surface of Gaia, the gloomy depths of the world with the speed of images and communication. A concept it is even more important to remember in a year that instead of immobile mobility should be one of mobile immobility, like that of the serpent that continues to feed on and generate itself.

Le Bolle by Paola Navone for Midj: the Mediterranean in the garden

Arper explores the space between public and private

The performances – scenic – of design

Midj, design that always looks ahead