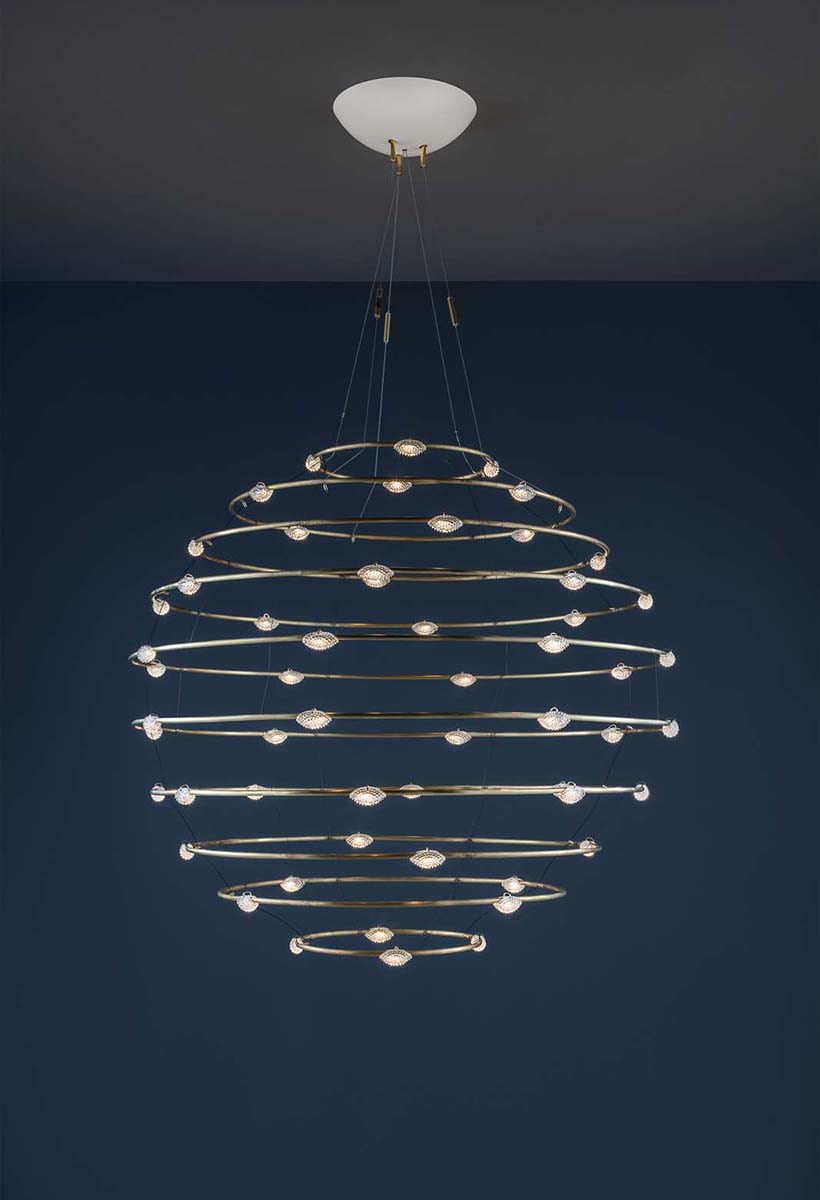 Petits Bijoux by Catellani & Smith: a marvel of lamp

Petits Bijoux by Catellani & Smith: a marvel of lamp

Catellani & Smith is light capable of telling a never banal story. It happens when research is transformed into the pleasure of doing

Over 30 years of history unfold in a linear discourse that addresses the theme of light without ever being taken for granted. Objects that attract attention, not destined to disappear, obedient in the domestic space. Yet it is easy to describe them and follow the creative thread that led them to be "produced". We are talking, for example, of Petits Bijoux by Catellani & Smith, a lamp that describes a suspended and hypnotic movement. It might look like a spiral, but instead it is a sphere made of metal circles joined by thin, almost invisible threads. The electrical part is also reduced to a minimum, not hidden, but camouflaged. 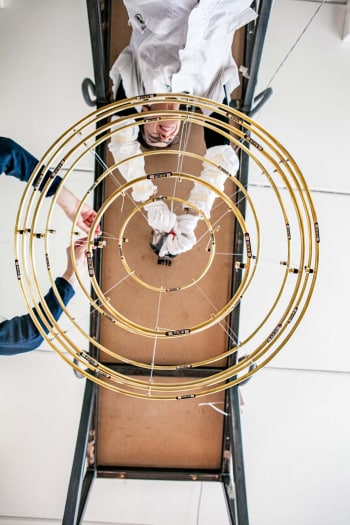 The regularity of the formal trend is interrupted by small transparent covers, which hide the light source and introduce a hyperdecorative pause. A little as if in the repetition of everyday life we ​​let ourselves be surprised by the wonder of the precious details. Petits Bijoux celebrates the perfection of universal geometries, with the circle as a metaphor for infinity, a dear and recurring theme in Catellani & Smith's production. Petits Bijoux, like all other models, was born in the company's creative and artisan research laboratory, whose goal is always to break down the technical limits to freely explore formal inspiration. 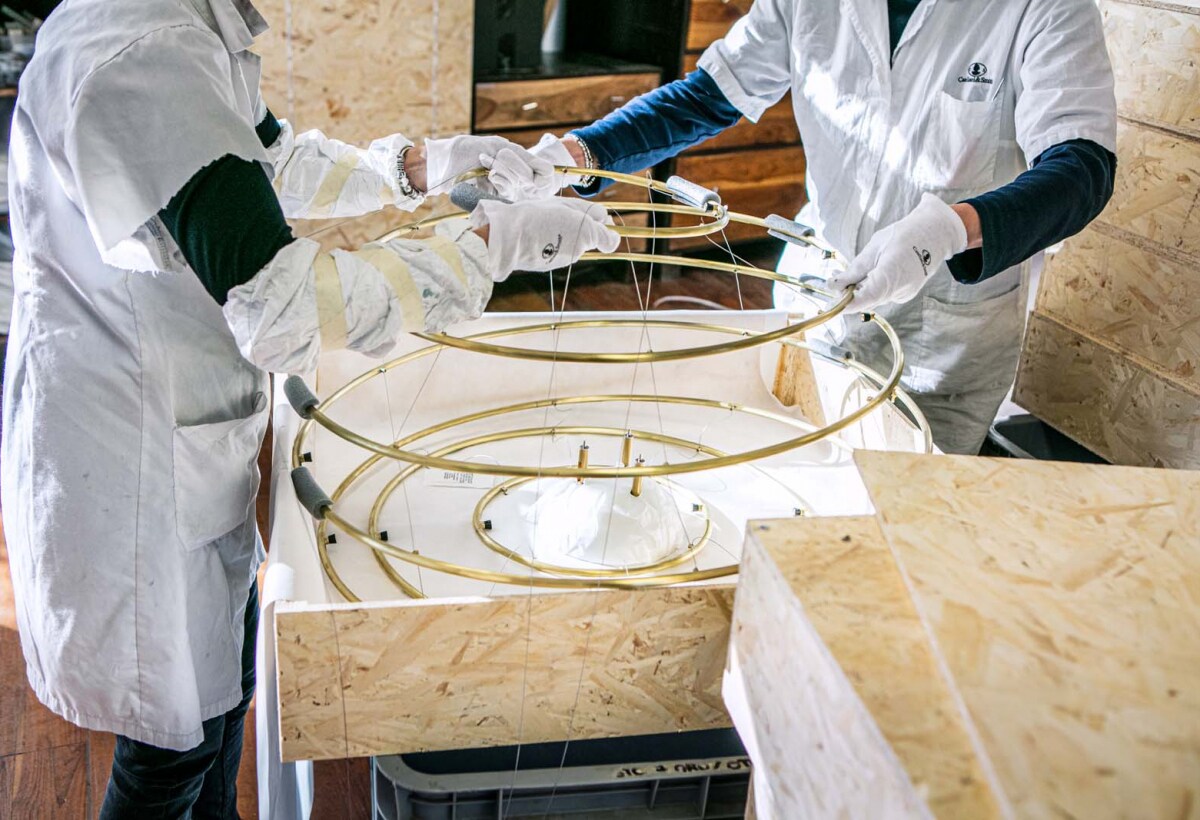 In the introductory text of the Catellani & Smith 2021/22 catalog, Enzo Catellani traces the history of his company. It is an openly assertive speech, which confirms a bold and perhaps somewhat anarchic entrepreneurial attitude: "I do what I like". All the design work of a brand that has a series of successful products behind it, although far from any common categorization, shines through. Because what Enzo Catellani likes is above all the result of a passion that has turned first into a job and then into a business. So much so that at the time of the birth of the brand in 1989, to avoid having to admit to being the entrepreneur and the designer, Enzo Catellani invents a partner, the elusive Mr. Smith. Logan Smith was actually the name of Enzo Catellani's horse. A little gag that helped to nurture a strong but also very ironic narrative, the kind of attitude that allows you to work calmly on each new project. Without taking the design market and the pursuit of the product / novelty too seriously. And for a company that is more than thirty years old, the Catellani & Smith catalog is there to demonstrate the willingness to carefully reflect on its own design and entrepreneurial actions. Piece by piece, thinking about the steps that are taken and the projects that are put into production, because each lamp says something meaningful and important.

Always and forever, beauty according to Edra

Not.O is born: design made in Sicily