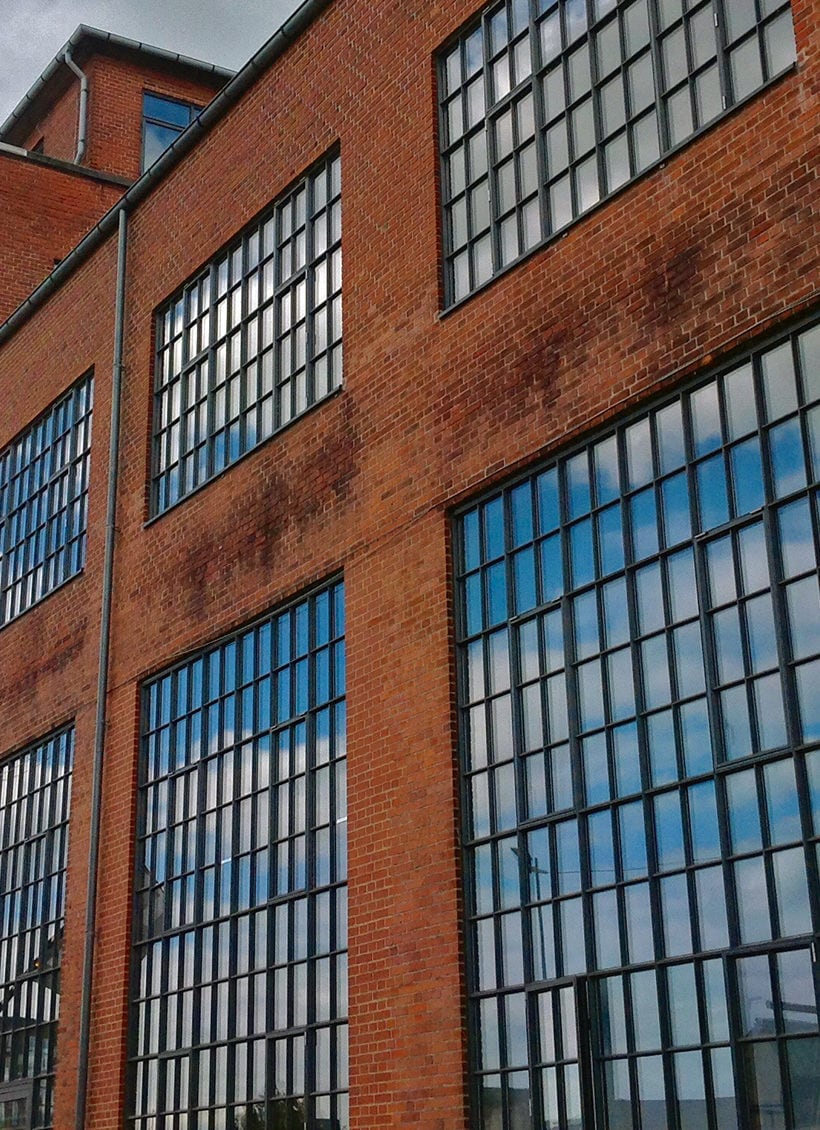 A banner with the inscription Big hangs at the entrance of the old red brick building, in a converted industrial area in Valby, a few kilometers from Copenhagen.

This is where the 42-year-old (but already award-winning) architect Bjarke Ingels has decided to create the headquarters of one of the most prestigious architecture firms on the international scene.

“We moved here three years ago,” says Enea Michelesio, an Italian architect, one of the young designers of the Big team in the Danish capital. “The space is a former factory that made beer bottle caps. A monumental volume that we have converted as a studio, trying not to alter its spirit, exploiting its distinctive characteristics.”

And in fact the traces of the industrial past are visible everywhere: from the big red hooks hanging from the ceiling, once used to move the pallets of bottles, to the massive chains that controlled their movement on steel tracks, still dangling amidst the roof trusses.

The studio is divided into two wings. The first, accessed directly from the entrance, reaches a height of 12 meters, with large windows that give the space a truly extraordinary light and sense of space, and contains the work area with the desks of the designers (about 200) and a large zone for breaks and lunches, with an adjacent kitchen. The second wing is perpendicular to the main space: it is cozier, a more ‘secret’ place in which to work on competitions, also hosting the model-making workshop.

The models, on different scales, in different materials (there is even one entirely made with Lego bricks) are the true protagonists of the studio. As a whole, they form a sort of miniature multiethnic and multigeographical city: we move from New York with the ‘sail’ (VIA 57 West) on a scale of 1:50, a sort of tower-iceberg that has just appeared on the Manhattan skyline (the building was opened in October), to the new Lego House, a sort of giant toy that will rise in the small Danish city of Billund, defying the laws of gravity (there are no structural pillars), all the way to the monumental waste-to-energy plant, which has been transformed into a 90-meter mountain to offer the inhabitants of Copenhagen ski runs and hiking trails, surprisingly organized on its roof.

“The models are very important for us,” Michelesio explains. “We make lots of them: it is a bit like working with Lego bricks, which Bjarke likes very much… you can try out many solutions before reaching the definitive form of the building. Which is therefore the result of various attempts… some are successful, others don’t work. In short, this is where we ‘build’ ideas, on a small scale, to test them and observe them through a long process of selection. An open, never dogmatic creative ‘path’ that is an integral part of the Dna of Danish society.

As could also be said of the spirit of cooperation, utilization and sharing of all the ideas that arise in the teamwork. In our studio,” Michelesio continues, “the creative process is not influenced by hierarchies: anyone can suggest an idea, and express their opinions. In the studio here in Copenhagen there are people of 30 different nationalities. The same thing also happens in the office in New York, with a staff of 200. This is our strength: bringing out the best of different cultures. Because you have to be different to have different ideas…”

A winning formula, evidently, as demonstrated by Big and its history of success.

Text and photo by Laura Ragazzola