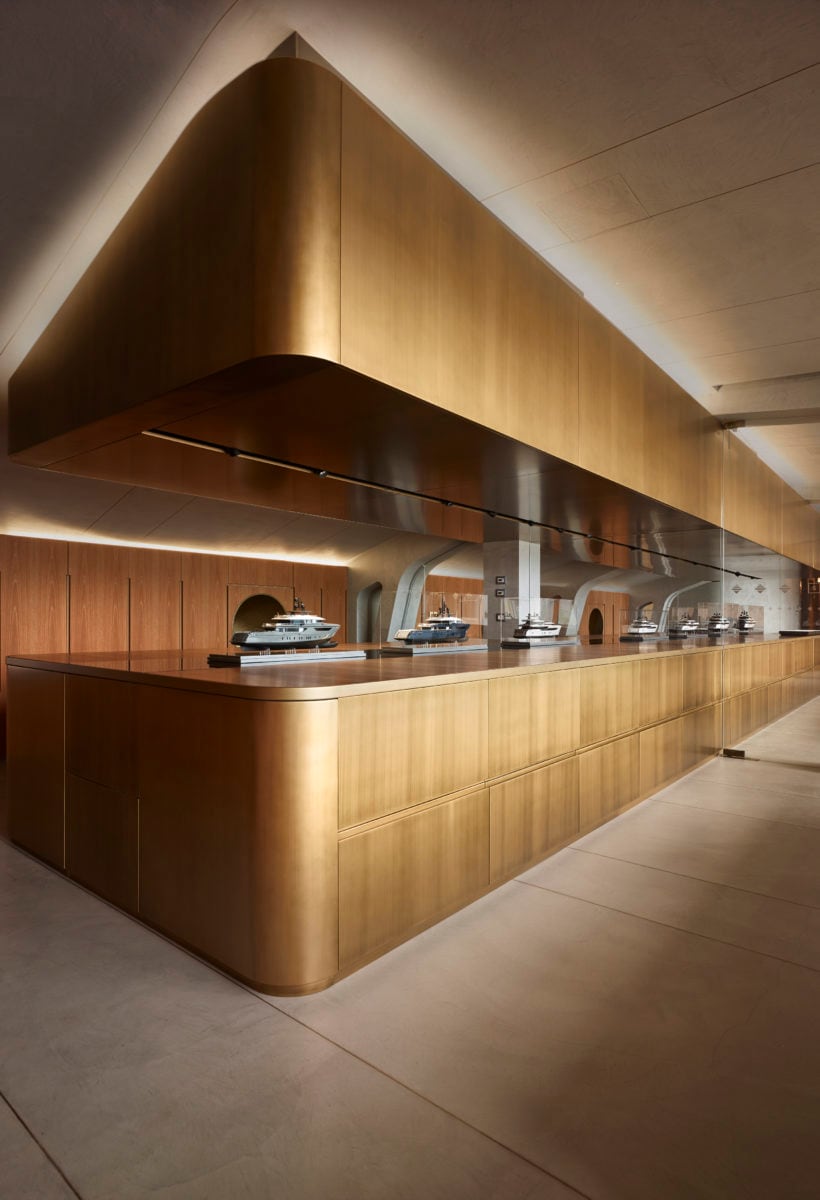 A ship for Archea Associati

#architecture
A ship for Archea Associati
In La Spezia, the new headquarters of Sanlorenzo has been inserted in a linear building from the 1930s. An interior design that translates the imagery and atmosphere of exceptional yachts onto solid ground, narrating the history and know-how of a famous Italian shipyard

Perhaps it was the linear, long, regular typology, the harmonious rhythm of the facades, that suggested the approach of the studio Archea to this building from the 1930s, previously containing the offices of the San Marco shipyard. The architects have interpreted the site as the hull of a steamship of days gone by, translated into architectural form inside the city.

The building with its striped base, moldings, cornices and portholes shaping the figure of the facades is on three levels, two above ground, clearly indicated by the windows on the main facade, to which a third level has been added, partially concealed by the pitch of the roof which resumes its flatness in the middle, while the back reproduces the internal arrangement, with windows aligned in three bands that run along the entire length of the building.

°
Founded in Florence in 1988 by Laura Andreini, Marco Casamonti and Giovanni Polazzi, Archea is a design studio in which over 80 architects work, operating in the Florence, Rome and Milan offices. In 1999, Silvia Fabi, coordinator of the study design activities, joined the founders. Thanks also to the collaboration with the partner companies of Beijing, Dubai and San Paolo, the studio has realized works of Architecture, Design, Interior Design and Graphic Design, all over the world. The interests and research activities of Archea Associati move from the landscape to the city, from the building to the design and, despite being focused on architecture, the projects range from graphics to publishing - with the direction and editorial staff of the international architecture magazine " Area ”- from exhibitions to applied research.

The facades and their original configuration were handled with great care during the renovation of the entire construction, which had been abandoned and in a state of ruin for many years. The painstaking restoration has recovered or reconstructed the original moldings; the color gray (that of the Sanlorenzo company) has been interpreted in the lime stucco finish, applied in multiple coats.

The windows, transformed and updated as single panes, become large ‘rectangular portholes’ thanks to the brass used for the new openings and for the profile of the casements, creating an effective contemporary counterpoint with respect to the historical facade. 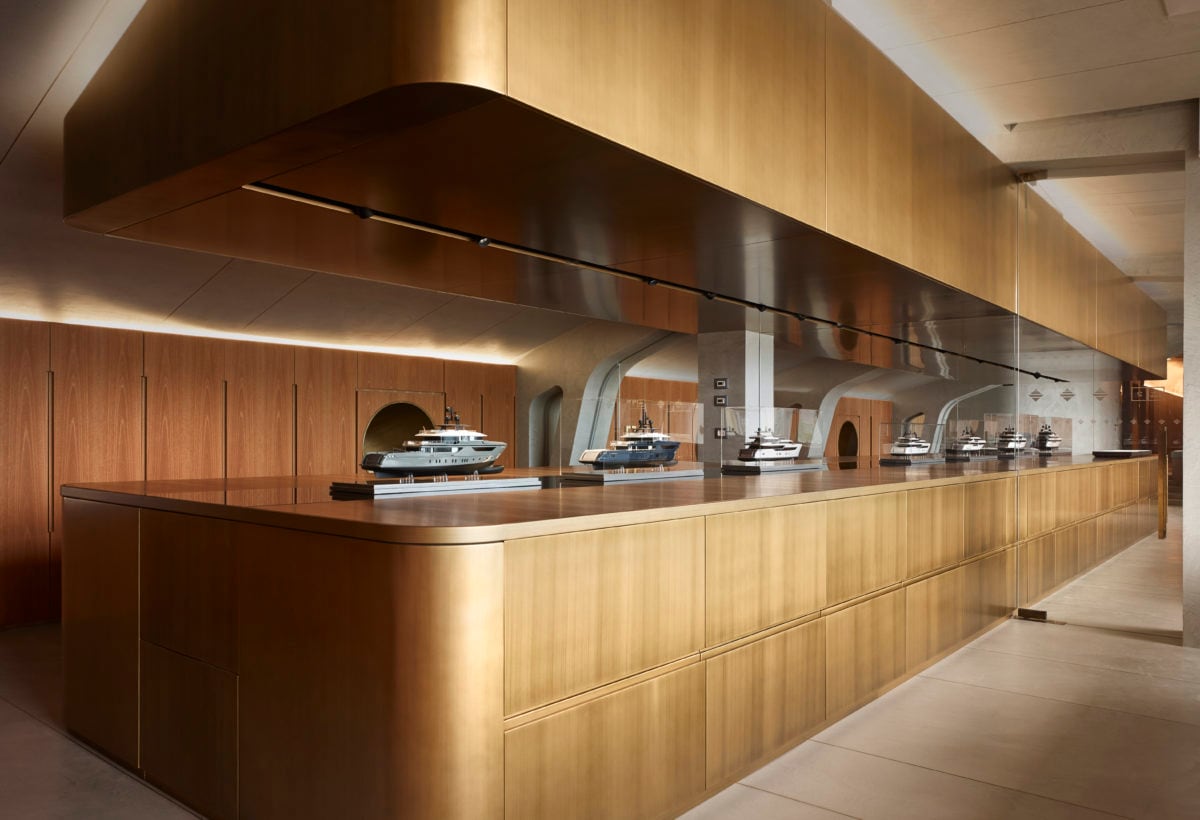 10
The custom display case containing the models of the yachts of Sanlorenzo, on the upper level of the building.

This material is also seen in the C-shaped element that marks the entrance, grafted onto the rear facade, and it is directly developed in the solution of an iconic canopy-portal that reflects the forms and construction technologies of ships, reflecting the philosophy of the brand, balanced between tradition and modernity. 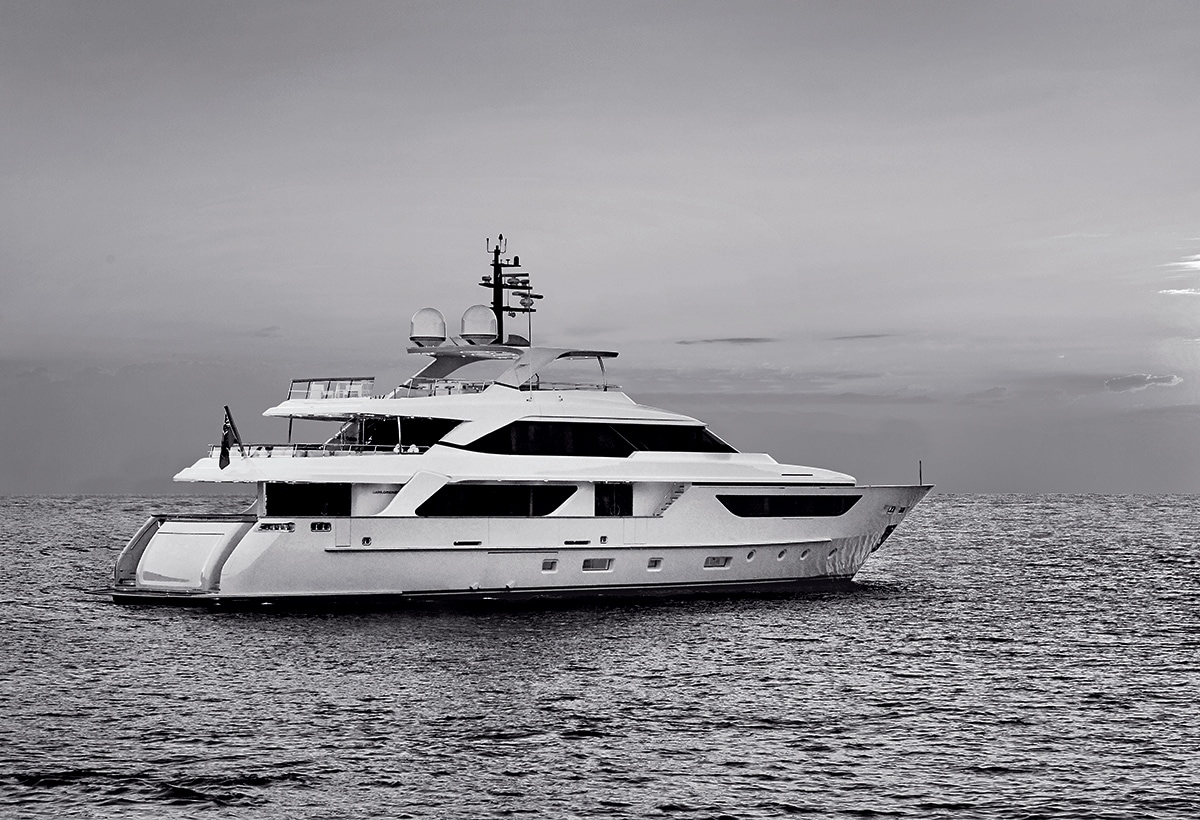 9
SD126 is a fiberglass superyacht by Sanlorenzo with a 4-deck semi-displacement hull that combines the best technologies with the excellence of the most sought-after craftsmanship. The result is an impressive model for spaces and dimensions, but with lines that explicitly recall the harmony and elegance of the SD line. The SD126 is characterized by a layout that perfectly combines modern lines with evocative forms, which recall the great cruise liners of the 30s.

The ground floor contains the reception area and the waiting rooms, the offices of the naval commanders and the surveyors, and spaces for the shipyard technicians. The first floor is for the sales and management offices, meeting rooms and the technical division. The staircase, like that of a big ship, is lit by a dramatic skylight, which with a disheveled bundle of luminous threads descends into the central space and unites the three levels of the headquarters. 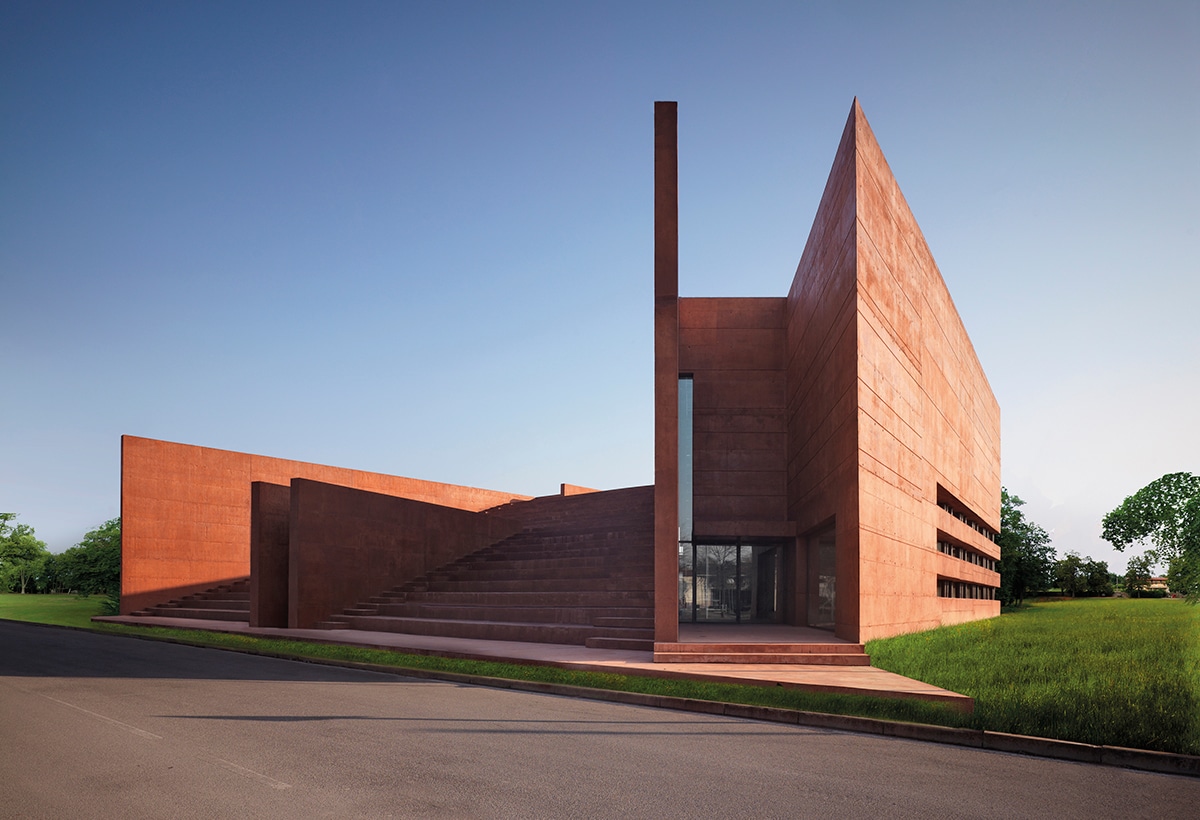 On the upper level, with a spectacular view of the Golfo dei Poeti, a large showroom features a room for material samples and a showcase for the Sanlorenzo yacht models. This is a flexible space that can be subdivided into two smaller independent rooms. The same level hosts the executive offices and the secretarial spaces, the sales offices, a guesthouse and a kitchen for working lunches.

This zone has the clearest references to the seagoing theme, suggested throughout the project by similarities and reinterpretations, never simple caption-like references: the structural configuration of the roof with exposed inclined beams on both sides, like a sort of overturned hull; the solution of the long corridors paced by walnut paneling with brass details, with ceilings that curve to meet the walls, as in the cabins of cruise ships.

The lounge areas, lit from above by skylights, suggest the image of deck skylights on board; in the bathrooms, portholes have been created in the round openings at the top of the facade. The custom fixed furnishings have rounded lines as well. Everything is controlled by a light, brilliant overall vision, as on a ship, reflecting the spirit and quality of construction of the Sanlorenzo shipyards.