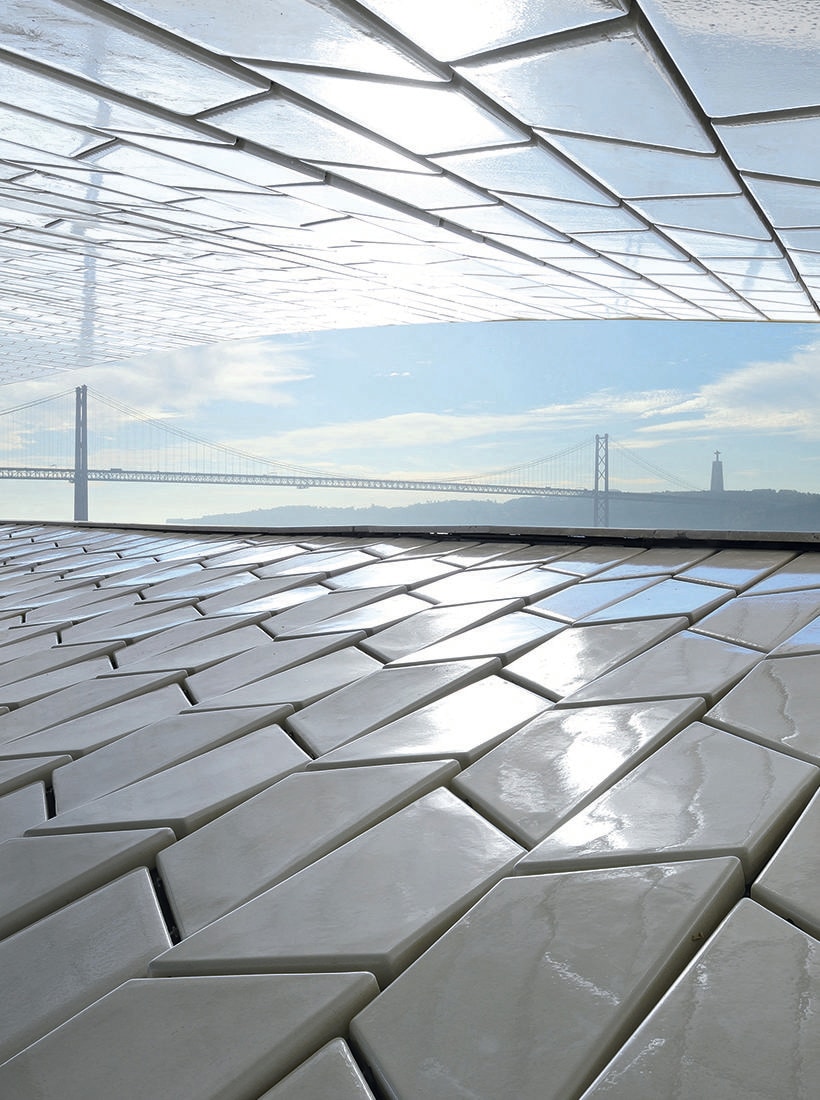 There is a woman behind the futuristic MAAT – Museum of Art, Architecture and Technolgy Amanda Levete is of Welsh origin, and is a star in the ranks of women architects.

The museum opened in October on the banks of the Tagus River in Lisbon is just the latest prestigious project she has done with AL_A, her London-based studio: after the MPavilion in Melbourne, she is now working on the new wing of the Victoria & Albert Museum in London, slated to open next year. After years as a partner of the famous experimental studio Future Systems, since 2009 Amanda has worked on her own. With winning results. As she tells us in this exclusive interview.

When and why did you decide to become an architect?
My first encounter with architecture dates back to the year I began to study art: I was struck by the fundamental role of this discipline in the development of civilization. A new world opened up for me, where I found everything I consider to be of value.
For me, architecture represents an extremely rich field, which beyond the creative aspects is connected with questions that have to do with many different areas, from society to economics to politics. And more. Architecture also becomes something that forces you to ask yourself questions, to challenge clichés, to get off the beaten track, and to achieve goals you have set for yourself.

Your studio has received some very prestigious commissions. What are the factors behind this success, in your view?
First of all we have the good luck to work with fantastic clients. The shared ambition was to get beyond the material aspect of the project, to shift the playing field, to generate a positive effect, to get beyond the building and involve the whole community, the whole urban context.
Second, it should be emphasized that our work is always the result of a relationship of collaboration and sharing. The studio AL_A is composed of a team of four directors (including me) who come from three continents. Each of us works on all the projects, precisely in order to give the work that wealth of solutions that comes from a range of different viewpoints.
Our design approach always try to balance intuition and strategy, starting from a base where innovation, collaboration, rigorous research and maniacal attention to detail can coexist. In every project, no matter how small, we try to push the debate forward, whether it is designing a new production technique or an innovative material, finding an analytical response to a problem, or pursuing a social goal.

Let’s talk about MAAT: what is the central idea? And what, more in general, is your idea of a museum?
MAAT is a museum facing the Tagus River at Belem, the district from which the great Portuguese explorers set sail. It is a powerful yet ‘gentle’ building that softly extends over the water: its cultural mission is to explore the intersection of contemporary art, architecture and technology.
It hosts a program of exhibitions and public events that focus on the interaction of these disciplines. Always with an eye on the urban fabric, Lisbon and the Portuguese territory. The exhibition spaces are subdivided into four galleries and designed to be places of discussion and participation. With an accent on flexibility, to monitor how the relationship between art and viewer, between the museum as institution and the audience, can change over time.
Finally, the idea of the museum as urban spaces is very important to us: just consider the fact that the MAAT offers over 7000 square meters of public space. The roof, in particular, has been designed as a place open to all, a sort of ideal connection with the heart of the city. In the daytime, in fact, it provides panoramic views of the river; at night the perspective changes, and it becomes an outdoor cinema. Another space has been created along the riverbank, where the overhanging roof creates a pleasant shaded zone.

The MAAT was opened on 5 October 2016, with a great turnout: are you satisfied with the results?
Yes. The response has been extraordinary, much better than we had imagined. On the first day alone over 80,000 inhabitants of Lisbon visited the museum. This confirms the efficacy of the vision of the EDP Foundation (a non-profit foundation that is part of the EDP Energias De Portugal group, ed), which put the accent on the physical and conceptual connections between the waterfront and the city center.
I hope the building becomes a sort of magnet to attract the inhabitants of Lisbon to this area that has been neglected for years, but has great potential. There are still some operations to be completed: the footbridge over the railway, the roof garden, the education spaces and the restaurant zone (ready for the spring of 2017, ed). But most of the facility is ready.