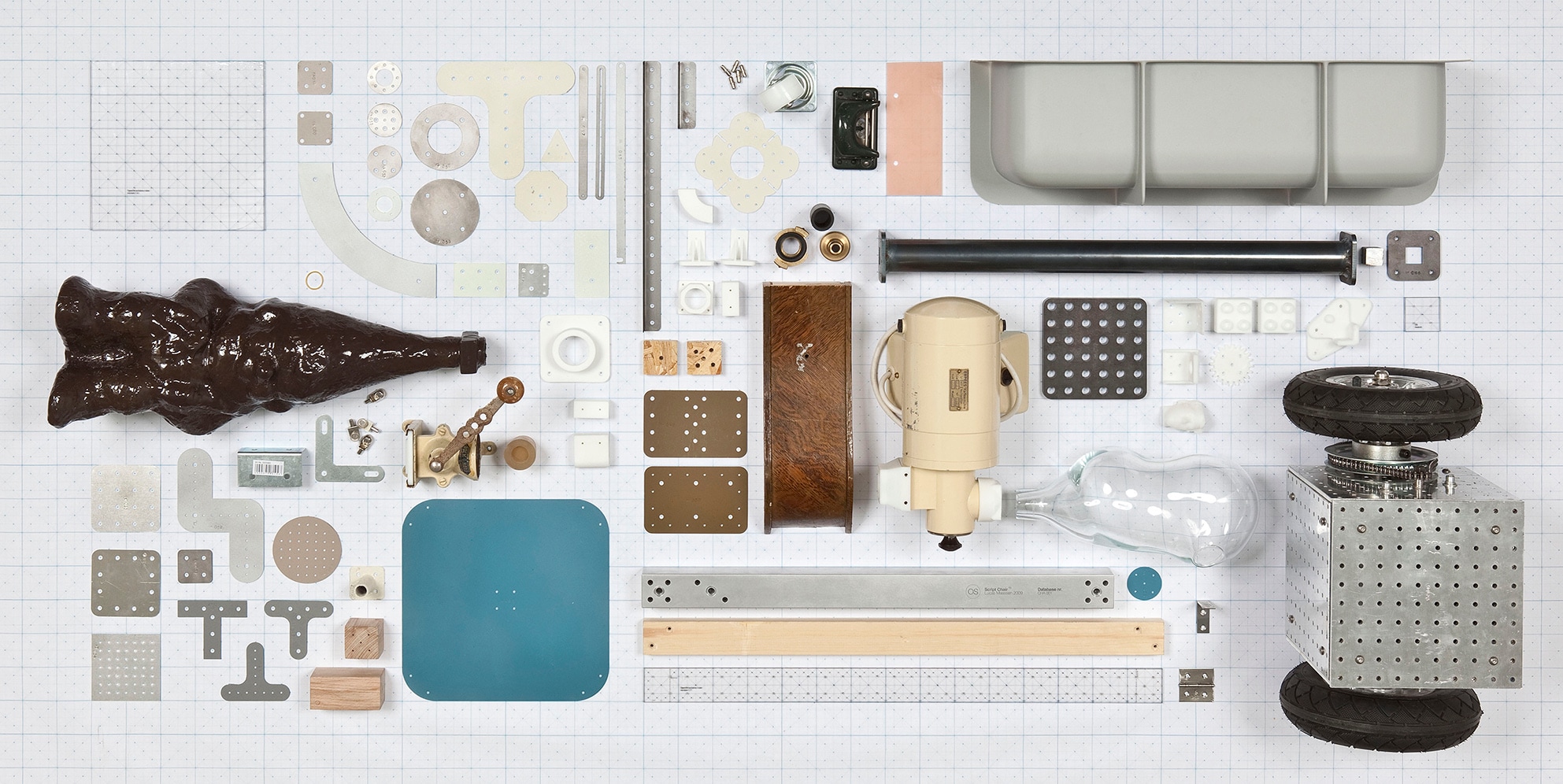 Design and Social Media. We are connected 24 hours a day through Internet and social media. This influences our relationship with objects and the dynamics of the production chain. But the revolution is not so much about products as about the way they are experienced, the involvement of the user. We talked about this with Stefano Mirti, professor of design and architecture through new media and strategic consultant for web, digital and social spheres.

In recent years we have seen exponential growth of networks and social media. What type of influence has this had on the language and practice of product design?

Entire business chains have been disrupted. Just consider music or phenomena like Amazon or Airbnb. The revolution cannot be stopped. But from this viewpoint, product design is not on the front lines. The most interesting cases are those in which new media are used to support and expand traditional production modes. Lego, for example, has gotten through the crisis with a strategy hinging on the web and on the relational systems of social communities. Nevertheless, this intelligent use of the digital serves to continue to sell the same little plastic blocks.

For product design, the changes in progress generate niche phenomena, like start-ups that launch merchandise using crowdfunding, or multinationals that let consumers personalize objects – first of all, Nike. In absolute terms, however, taking sales as the parameter of reference, these phenomena were marginal ten years ago, and they still are marginal today.

The changes are lined more to the expansion of possibilities. If I am in Milan, I can buy something on Amazon Prime and receive my purchase in one hour. Ikea lets me design the whole home on my own, thanks to a very simple interface. Lulu lets me print a book with infinite choices (formats, bindings, number of copies, etc). Consumers get the idea that it is possible to have everything, at low cost, and very quickly. Without ever going outside.

Are there new expressive languages?

Facebook and Instagram are redefining our visual imaginary. The revolution is so strong that we don’t even realize what is happening. If our use of images is channeled by Instagram, our imaginary will be different from the one determined by illustrated magazines in the 1960s. When Garage Italia launches the 500 Star Wars, it triggers a very strong viral phenomenon with the goal not of selling cars, but of generating brand awareness regarding the 500 and Garage Italia.

How does the relationship between object, user and experience change in design 2.0?

It gets disrupted. In the world of social networks the community is the message. Designers and manufacturers who are not able to establish a dialogue with users cannot keep pace with new demands for symbolic value.

In the present phase we are faced with an old system composed, for example, of industries based on infrastructures, production plants and bureaucratic-financial practices, and a ‘new’ that corresponds to hyperdigitalized environments, smartphones constantly connected to sensors and apps. What are the scenarios for the future of product design?

The new does not erase the old, nor does it make it obsolete. It simply defines a new level. The challenge is not to design the sofa of the future, made of sensors and remote controls, but to continue to design a sofa using the force of digital media to engage users in the various phases of design and marketing of the product. To use new media to continue to make timeless product design. It is an unavoidable challenge.

A new industrial revolution is in progress, connected to the technologies of digital making, prompting communities of designers in the world – connected by the web and social networks – to develop a new kind of design practice. We talked about the shared practice of Open Design with Serena Cangiano, researcher at the visual culture workshop at SUPSI in Lugano (University of Italian Switzerland) and author of a book soon to be published on this subject.

What is Open Design, when was it defined, and what were the first cases?

Open Design is digital product design whose source documents are made publicly available so that everyone can study, modify, distribute, prototype, make and sell an artifact on the basis of that documentation. It comes from the definition of Open Source developed by Bruce Perens at the start of the 1990s, which has to do not only with access to the source code of software, but also with a series of criteria that specify what is possible or not possible to do with the code distributed on the web.

Open Design translates the principles of Open Source Software into the world of physical objects: it is a translation initiated by the open hardware community, then absorbed by product design and architecture. Among the pioneers of Open Design I would mention Ronen Kadushin, an Israeli designer, who in 2005 began to apply open source models to his design creations.

Going back in time, we find the Dom-ino project, in which Le Corbusier proposed an open furnishing system, a platform where users would complete and co-create the design. Later, we have the “Proposal for Self-Design” of Enzo Mari in 1973, and the book Nomadic Furniture by Victor Papanek in 1972, a catalogue of furnishing solutions whose specifications were made available to encourage people to build things themselves. But shared reproducibility was still a theoretical and political assumption, since the Internet was lacking to make the concept become concrete.

Is this a kind of design without designers, where the concept of authorship vanishes?

No, quite the opposite. I believe that there has never been another time when the authority of the designer was so strong. Until now we have talked about design in terms of the names of large companies or design stars. In the context of Open Design all designers have the chance to make their own solutions known, without having to pass through the system of industrial manufacturing on a large scale.

Making Open Design does not mean losing control over your project, it means consciously deciding on the modes of interaction with a community: you can release source files as a 3D model, or define a tool of parametric co-design that permits others to generate variations on that model. Those who operate in Open Design use platforms that permit visualization of the evolution of the project, and the contributions of the community.

They know they have access to libraries of solutions that can be reutilized without asking for authorization. Therefore this approach “makes it possible to avoid designing the same things twice,” as Alastair Parvin, one of the founders of WikiHouse, puts it. It lets people focus design activity on the creation of systems rather than the implementation of functional or purely stylistic solutions. This perspective keeps the contribution of design to the ‘Commons’ from becoming something self-referential, while the sharing of design resources stimulates practice and reinforces the design community.

Creative Commons licenses: what are they and how do they work?

Internet is a wild place for creative content. Creative Commons licenses were developed as a response to the digitalization of content and its distribution on the web, offering legal solutions that define the conditions for authorization to use a resource, respecting intellectual property. But they should not be seen as an alternative to the system of design copyright. New protocols try to integrate authors’ rights in CC+ licenses, including permits that specify what can and cannot be done with an artifact of open source design. If Creative Commons licenses permit protection of the creation of a designer or not is an open issue, but closing off the project with a patent is not an answer.

What role do the social networks play in the development of Open Design practice?

Interacting with the online community is one of the main activities of those who develop open source projects: the inventors are also the moderators of the interactions among groups of persons online. Social networks are also the tools to connect the players of a future manufacturing chain or to find the kinds of know-how needed to make a product. Open Design thrives on the concept of knowledge networking, and social networks help to connect those who are interested in a product, on various levels.

What are the commercial opportunities and the new business model of Open Design?

The mass production model is in crisis. And the opportunities offered by digital manufacturing technologies are there for all to see, with the related possibility of customized, on-demand production. Where business is concerned, it is still hard to understand if the numbers are right to pass from project manifestos to new factories of collaborative design. The present panorama offers glimpses of interesting alternatives, such as the Open Desk project, for example. In Open Design there is no one killer application, a winning technology to penetrate the market; it is the open source logic that makes it possible to prototype and test business models.