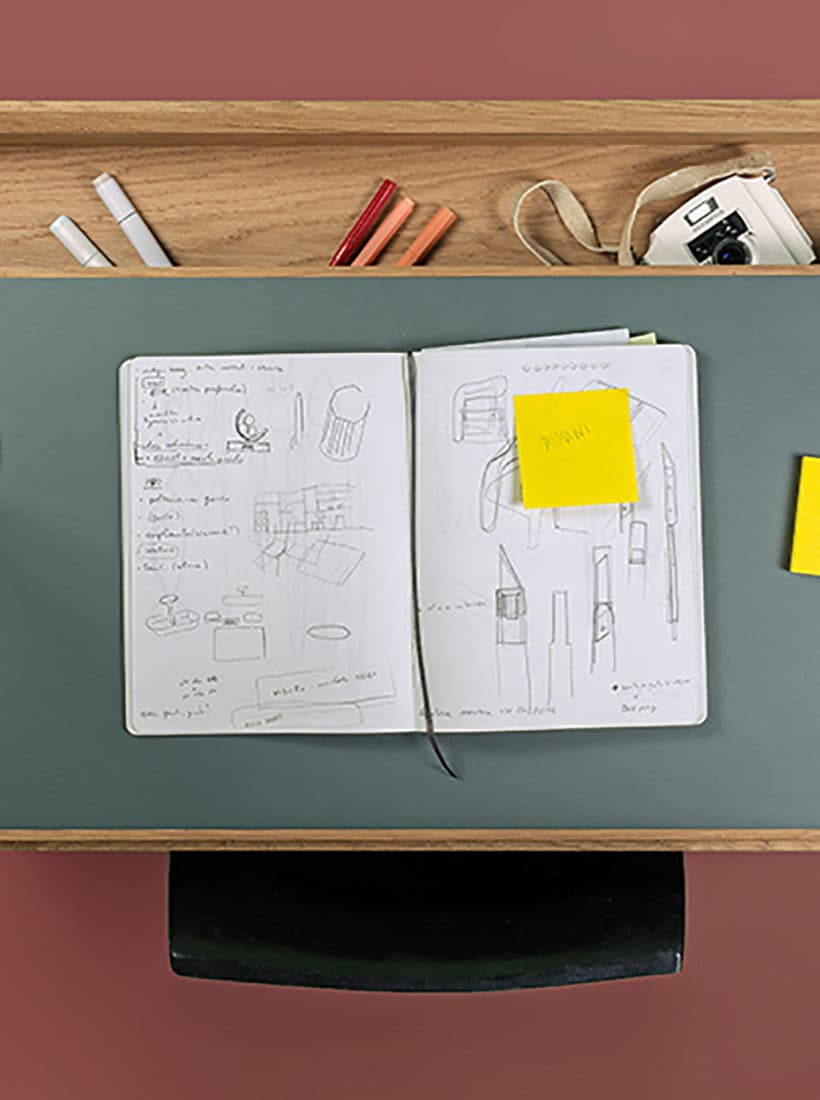 Every so often in this age of open possibilities and fantastic illusions, you can still find someone who knows what they want, and calls a spade a spade: “I am a designer-designer, not a designer-entrepreneur, not a designer-artisan, not a designer-startupper, absolute not a designer denizen of social networks. I design for companies, for an effective production process, to make products that have the aim of being sold and doing their job properly.”

So says Alessandro Stabile, born in Milan in 1985, with a degree from the Design Department of the Milan Polytechnic in 2007, followed by a masters in 2008 at SPD.

During the masters program he covered his tuition by winning a competition held by Ferrero to encourage consumption of Nutella combined with fruit, and the competition of Bixy for an electrically-assisted bicycle. After graduation, he began a fruitful and still ongoing collaboration with Giulio Iacchetti as a product designer and project manager.

In 2011 he took the leap, founding his own studio, and began to get good results in just a couple of years: in 2013 he was selected by the Italian Cultural Institute in New York as one of the “Top Ten Young Italian Industrial Designers,” and in 2016 two of his projects took first and second place in the Young&Design competition.

His favorite project is an object ‘in the Castiglioni style’, a small lock without distinctive traits, which like the electrical switch by the famous Castiglioni brothers can be seen everywhere. Look closely and you can notice it on vans while you’re waiting for a stoplight.

Capable of working with and signing with others, but also of taking full responsibility for a project, he combines works of apparent simplicity like the Kappa display with more technological creations like the travel lamp or the pen made with 3D printing, all the way to small but forceful changes like the Avio table or the Pilotis kitchen.

Made with an aluminium skeleton, Pilotis seems to respond to the need to have a more normal, light, mobile life, in which the kitchen is not an epochal investment, and if necessary you can knock it down and set it up again someplace else, without having to call in expensive specialists. Its raised design is also a plus for hygiene and the performance of the increasingly widespread floor-based heating systems. A real designer-designer!