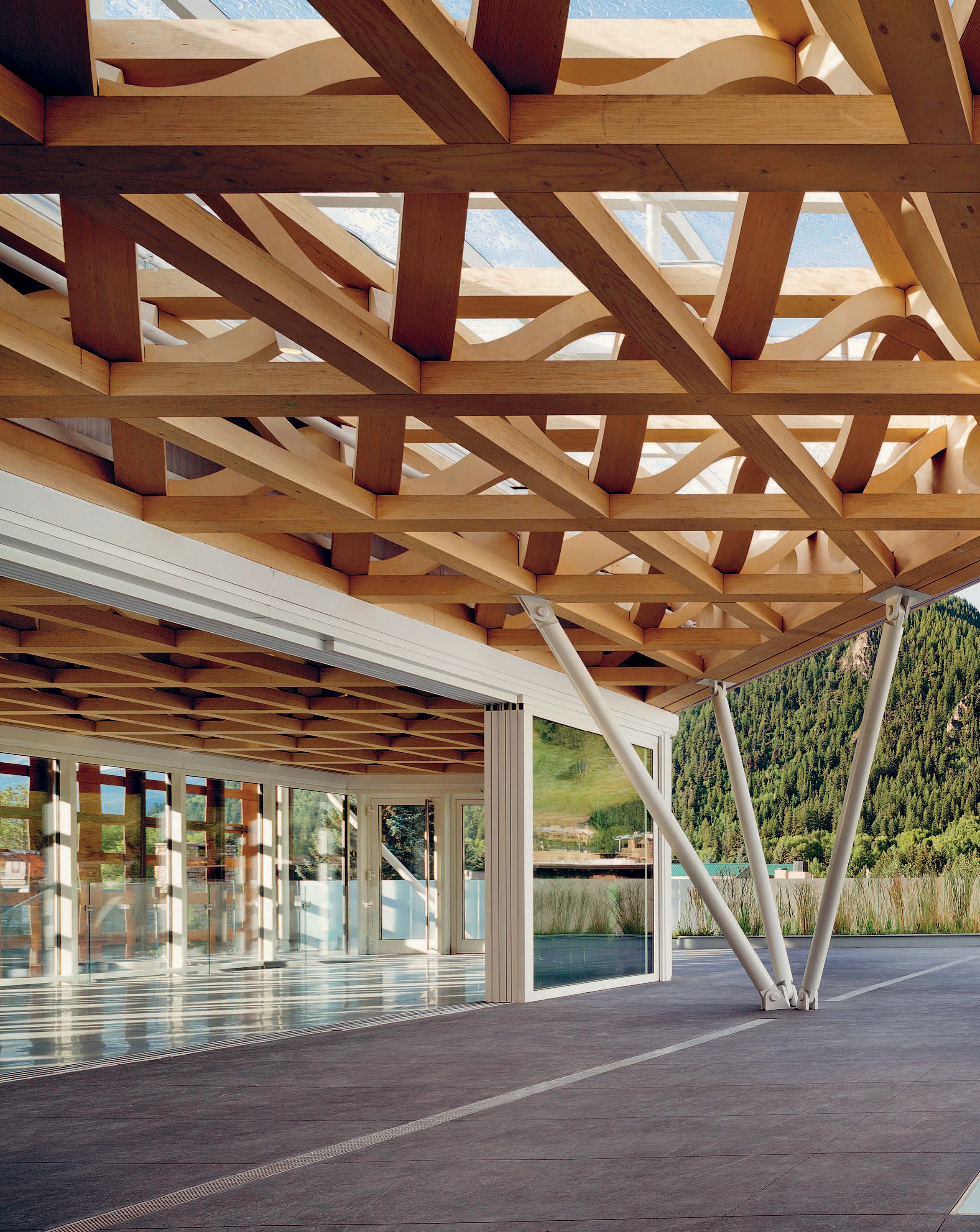 We meet him after he has been taken by storm by a crowd: the architect Shigeru Ban, winner of the Pritzker Prize 2014, has just concluded his lecture at the Milan Polytechnic, for a large audience of future architects and engineers (in November, during a stay in Italy). Ten minutes of sincere applause, flashes from cameras, selfies and autographs, the complete starchitect treatment.

Actually, the Japanese architect – 58 years old, a degree from American, at the Southern California Institute of Architecture, with a studio in Tokyo for almost thirty years (he opened in it 1985) – is what we might call and anti-star, par excellence. He doesn’t care for slogans and labels, and stays out of the spotlight (though he is always ready for encounters with young people).

He is no big fan of interviews, either, and when he talks about his work he tends to brush off even the most obvious questions about his projects. So when we ask him why he has decided to concentrate much of his efforts on humanitarian projects (“When tragedy strikes he is often there at the start,” declared the jury of the Pritzker Prize), Shigeru Ban replies, “No, that’s not true. I have not worked only on ‘emergency houses,’ I have also designed residential, cultural, commercial buildings… I have always tried to balance private commissions and social projects in my work.”

And the distinctive feature of his architecture – the pioneering, innovative use of unusual materials like cardboard and bamboo – forms a trait d’union for all his projects: from the ‘paper church’ in New Zealand to the very recent Aspen Art Museum in Colorado, a glass cube inside a ‘nest’ of woven wood.

“The fact that I use natural, raw and humble materials doesn’t make me feel particularly close to the issues of ecology,” Shigeru Ban says. “Today it is a fashionable topic: everyone talks about it. But I began to build houses in a sustainable way long ago, back in 1986… Let’s say this is the path I took from the start of my career, and that doesn’t mean it is the best path for the future… It is simply my method, my personal attitude for approaching the questions, the problems of a project, to try to solve them.” In other words, sustainability is an intrinsic part of his architecture: his works use products and constructive systems that strive to be in tune with the environment, the specific context, the place.

Just as has happened in Aspen, the exclusive Colorado ski resort, where a contemporary art museum establishes a 360-degree dialogue with the mountains, the ski trails and the beautiful pine groves. “I wanted to create a place that puts art and landscape together, a relationship between the goals of a museum that shows art and the needs of a natural context of great beauty, like the Aspen ski resort,” Shigeru Ban explains, talking about his first museum in America. “So I have opened the inside of the building to the outside, so visitors can enjoy the magical view of the mountains from inside the galleries.”

The visit to the museum is influenced by this choice, as the designer emphasizes: “I have put the entrance foyer of the museum on the roof. In a certain sense, it like a way of recreating the experience of skiing: you go up to the top of the mountain, you see the amazing view, and then you descend, through the woods to the valley.” So after having reached the top of the museum on a flight of steps (there is also a large glass panoramic lift) to enjoy the panorama from a large terrace, visitors can begin their ‘descent’ towards the galleries and emerge, after the visit, at street level.

Even the roof, formed by wooden beams assembled without metal joints, has an undulated shape, again an allusion to skiing and the characteristic movement of the slalom, which has an impact on the museum itinerary inside, through the six galleries. Wood is also used for the grid that wraps the glass cube on two sides, another chance to blend the building into the striking natural context of the Rockies.

But the Aspen Museum has not overlooked the humanitarian commitment of its designer, honoring him with a major exhibition of the temporary works of architecture he has created in places struck by natural disasters or wars, during the last twenty years of his career. “Because in extreme situations, feeling a responsibility towards society can help to create better architectural projects,” Shigeru Ban concludes.

Images of the exhibition “Shigeru Ban: Humanitarian Architecture,” installed for the opening of the museum in August. The show featured actual-size models of some of the Emergency Houses created by the Japanese architect over the last twenty years: from the wood and bamboo structures to those made with cardboard tubes, to the tents for the UN Refugee Agency.
The lobby at street level, containing the museum bookshop.
Plans of the first, second and third (roof) levels of the museum, which also includes a basement level
The staircase divided in two by a glass wall, creating an outdoor ascent (along the woven partition) and an indoor route.
The staircase with continuous treads and risers in concrete regulates access to the terrace and all the levels of the museum: it extends between the glass surface and the woven wooden screen. On the upper level visitors can enjoy a cafe open to the terrace.
Exploded axonometric
The outer facade of the museum, supported by a metal substructure (above), is made with woven ‘ribbons’ of plywood (Prodema), forming a sort of maxi-basket: it protects the six galleries inside the entirely glazed cube, filtering the sunlight.
The dramatic terrace facing the landscape. The roof is made with a structure formed by interlocking wooden parts, supported by slender white metal pillars. Skylights provide light for the galleries below.
#Design #Projects #sustainability