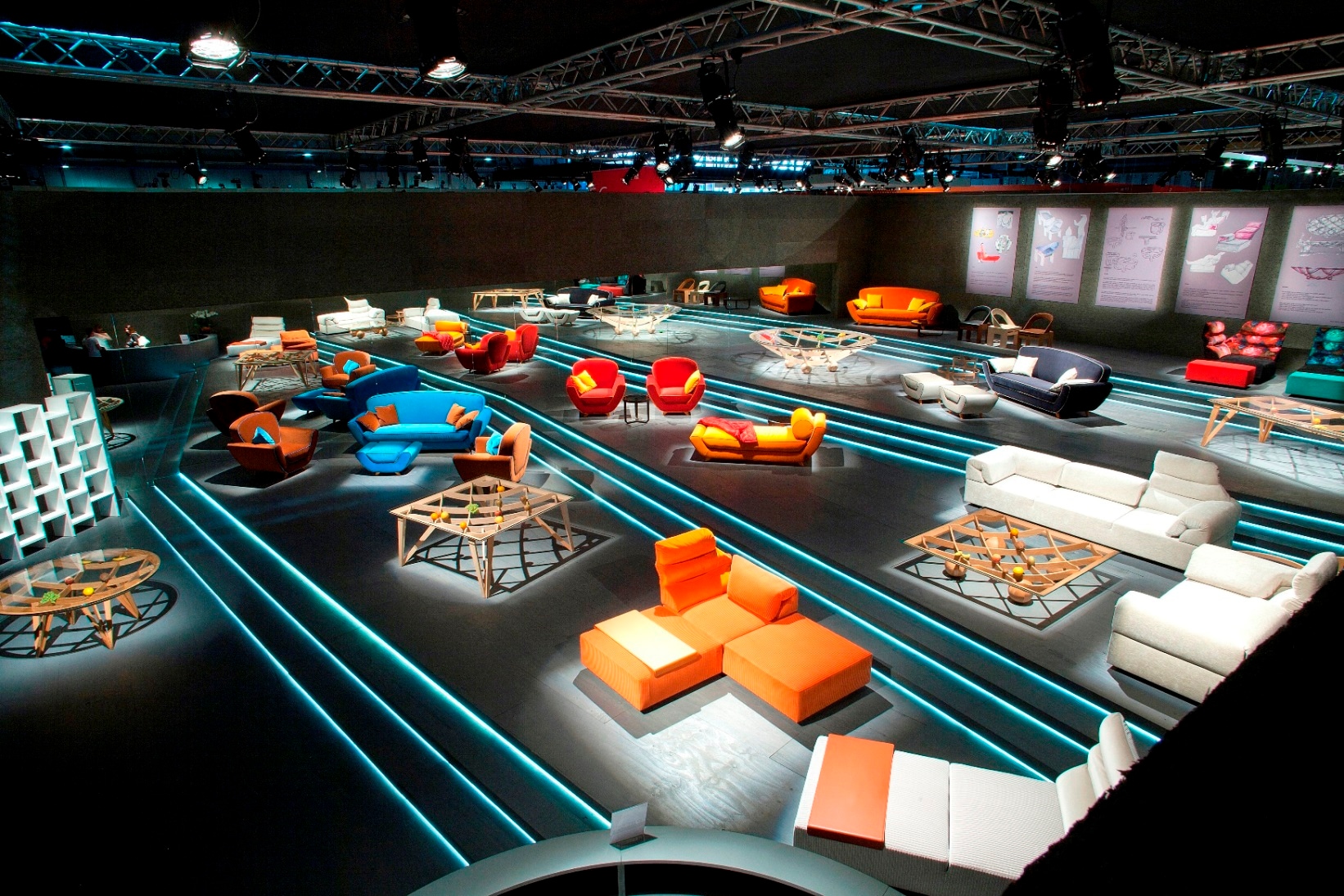 There are different ways of sitting on a sofa: “because living room seating has to respond to different situations and lifestyles.” Mario Bellini, Massimiliano & Doriana Fuksas, bright stars in the firmament of Meritalia 2015, tell the story in different words.

“Prevention is better than treatment,” says Bellini, who this year, besides having completed Opera (the table has now become a family, in square, rectangular and low versions, also double-face in the definition of materials and colors, which change depending on the vantage point), has rethought Freud, the sofa that intrigues the psychoanalyst, improved with trays and ottomans that make it a true served seat.

“There is no longer any need for a table on which to put your glasses and a book,” he goes on. “From the daybed, the next step was the pursuit of maximum comfort. Basically Freud remains a modular piece that on each of its three sides can be connected with an armrest-back, a device whose joints are reminders of the gestures of a closed hand that gradually opens.

This allows for all the nuances of posture, corresponding to variables of behavior, which are consolidated today in our homes. When the back is lowered it is easier to converse, keeping the back straight with the arms at rest: think about the formal situation of two people who are talking, seated near each other. The partially raised back, on the other hand, is ideal of an individual dimension, that of a single person who wants to read. They you can relax and put your feet up, totally opening the back, or the informal use of a family and children who jump on the sofa.”

Extreme flexibility, in short: a way of sitting that seeks a response to multiple circumstances, offering infinite possibilities of combination, also contrasting, on a materic-chromatic level.

“But it is not true that if you have a sofa with armrests, less transformable and more formal, in short, on which one would usually sit in an upright position, you cannot stretch out, maybe with your favorite blanket, the one you can never find when you want it. Vice versa, if you have an oblong sofa on which to stretch out, there is no reason why you can’t just sit on it,” says Doriana Fuksas, who with her husband Massimiliano has created Minah (Iranian style).

The new entry is a family composed of a sofa, an armchair, an ottoman and a daybed, with rounded and intentionally retro lines, genteel, bourgeois, with contrasting tailored profiles. “We have thought about pieces you would never get tired of, far from minimal fashions, enveloping, reassuring and discreet, sober figures to emphasize with games and juxtapositions of materials and colors, with a wide range of choices, including velvets, silks, raw cottons and iridescent tones.”

After all, a response is also to be sought in terms of aesthetic expectations, satisfaction, representation of the home as a lifestyle. “Because the home is like a garment a person wears to express themselves to others” – Bellini and Fuksas agree. So to each his own sofa.