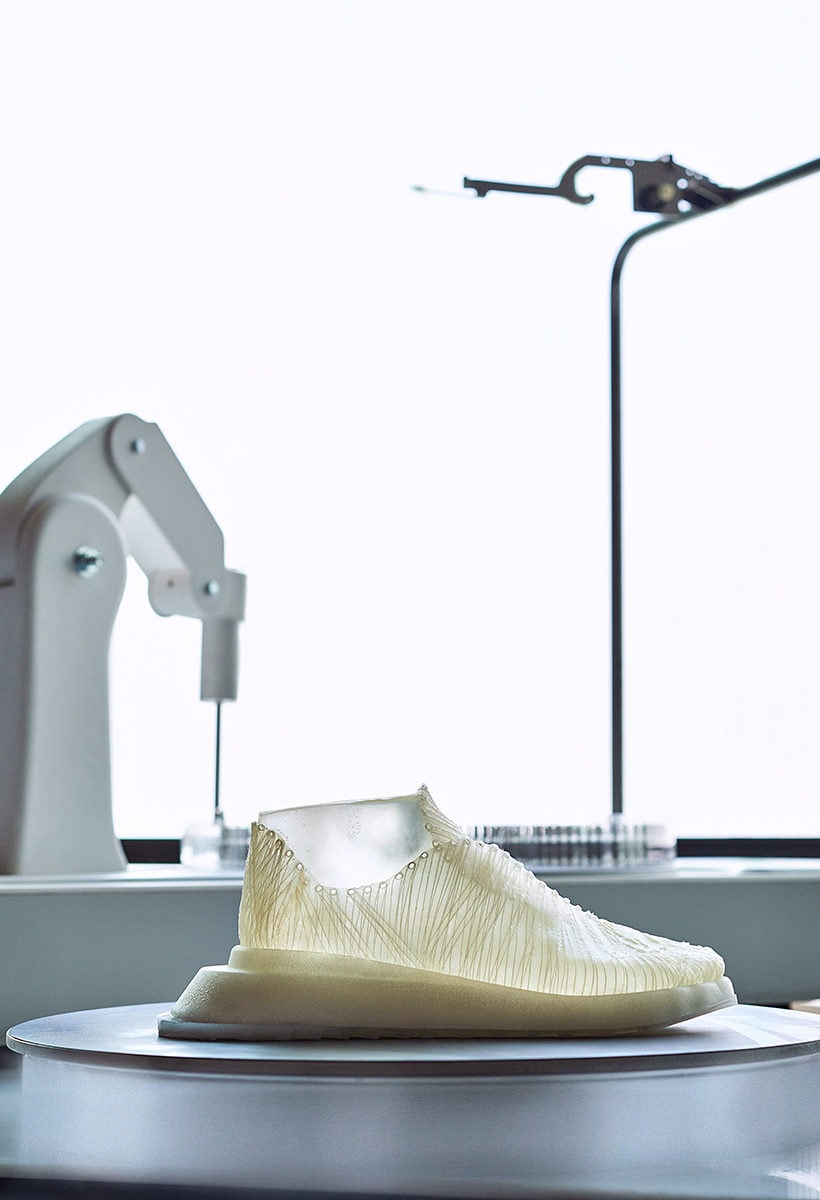 Biodesign indicates a new path of research oriented towards the creation of living materials, cultivated in test tubes, that adapt to the surrounding environment. An extreme production solution in the perspective of the circular economy, presented at the 22nd International Exposition of the Milan Triennale with its focus on design as a way of fixing our interrupted relationship with Nature

This is one of the guiding themes of the 22nd International Exposition of the Milan Triennale, titled “Broken Nature: Design Takes on Human Survival,” investigating different fields of application, including biodesign, and their potential to fix the broken ties between human beings and Nature.

New biofabricated materials enter the fashion industry, which is the most receptive, due to its heavy impact on the planet and the ease of application of available synthetic biomaterials. These are hybrid products, part biological, part artificial, that constitute a living system in symbiosis with the surrounding environment, or are themselves part of the natural ecosystem.

American fashion designer Suzanne Lee was the first to propose the idea of ‘biocouture’ and of ‘growing your own clothes’ by synthetically producing a material similar to animal leather from symbiotic cultivation of bacteria and yeasts. In 2011 these experiments gave rise to the New York-based company Modern Meadow, a pioneer in the creation of biofabricated materials. Their patents include Zoa, developed from collagen protein of non-animal origin.

Yeast DNA is synthetically created in the laboratory and then fermented to generate billions of cells that produce collagen. Then the protein is assembled in three-dimensional structures to make nonwoven materials. The result is possible thanks to progress in the field of genetic editing and the science of materials, lowering costs and increasing the speed of biotech processes, making the production of consumer goods from living organisms possible. 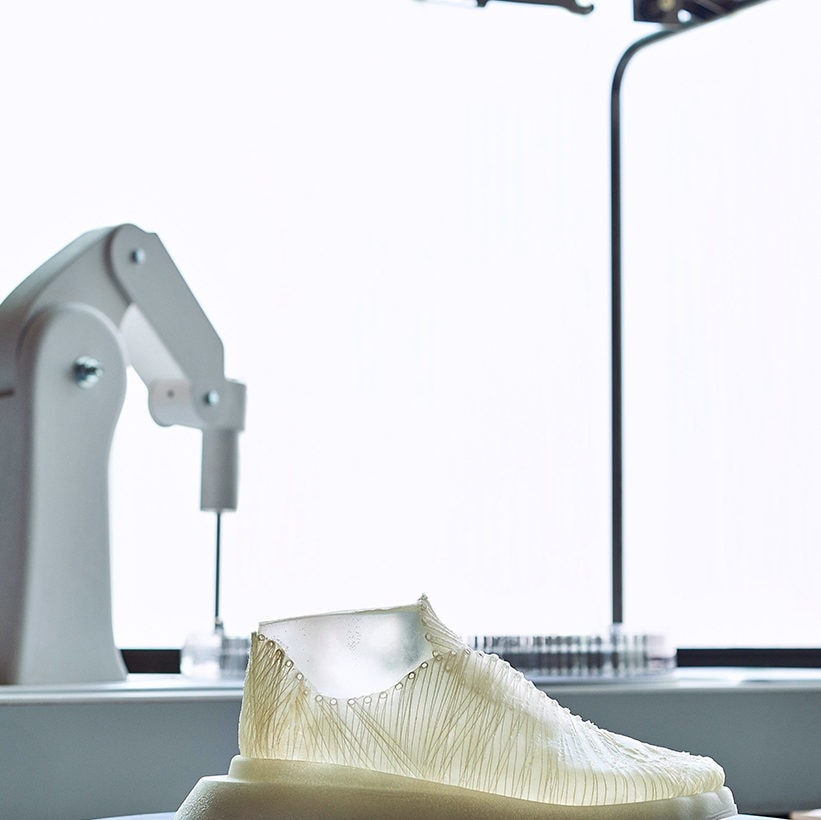 9
Jen Keane has developed a shoe upper that is a single piece, with threads on a loom and nanocellulose created by a colony of k. rhaeticus bacteria, 8 times stronger than steel and more rigid than Kevlar.

Founded in 2015 in Philadelphia, Biorealize is a biodesign company that produces biofabrication tools, hardware, software and products from micro-organisms like yeasts, algae or bacteria, to make probiotics, new materials or biosensors. The firm recently collaborated with Puma and MIT Design Lab on the project Puma Biodesign, which explores the possible applications of biofabrication in everyday life through sporting goods: a football jersey made with spider silk, a shoebox grown with mycelia, and the new generation of Deep Learning Insoles capable of improving athletic performance through real-time feedback.

The micro-organisms function as biosensors that react to specific chemical molecules capable of signaling the condition of fatigue or wellbeing of the user. It is interesting to observe how the user, the environment and technologies are in a state of symbiosis, in which the product is not the sum of its parts, but a living system.

Alongside the nonwoven synthetics there are new fibers that can redesign not only textile production but also the forming of products that use fabrics, such as sports footwear. We already know about the Adidas shoes that use a web-structure sole made with 3D printing using recycled plastic from marine refuse. But the English designer Jen Keane, with an MA in Material Futures at Central Saint Martins in London, has developed a one-piece upper without stitching, manipulating the growth process of k. rhaeticus bacteria.

This is a sort of microbic weave that uses a loom on which to position the threads, held together by the nanocellulose developed by the bacteria, which is 8 times stronger than steel and more rigid than Kevlar. The upper is extremely light and uses the thread only where it is necessary, reducing the quantity and virtually eliminating waste. The process is patent pending.

Biomaterials can lead to evolution of sustainable production and the circular economy due to limited environmental impact in terms of resources used and closed-cycle production, in which scrap is returned to the ecosystem without generating potential pollution. With threads derived from kelp, the New York-based Algiknit has created a hyper-compostable, biodegradable product. The kelp seaweed is cultivated in cold coastal waters of the northern hemisphere, and it is one of the fastest growing organisms in the world, capable of efficiently capturing CO2 by filtering the surrounding water. The bio-derived yarn is earmarked for the fashion sector with a range of different uses, and the firm has recently received financing of 2.2 million dollars from Horizons Ventures for product implementation. These are stable compounds that degrade only if exposed to humid environments rich in fungi for a prolonged period of time. 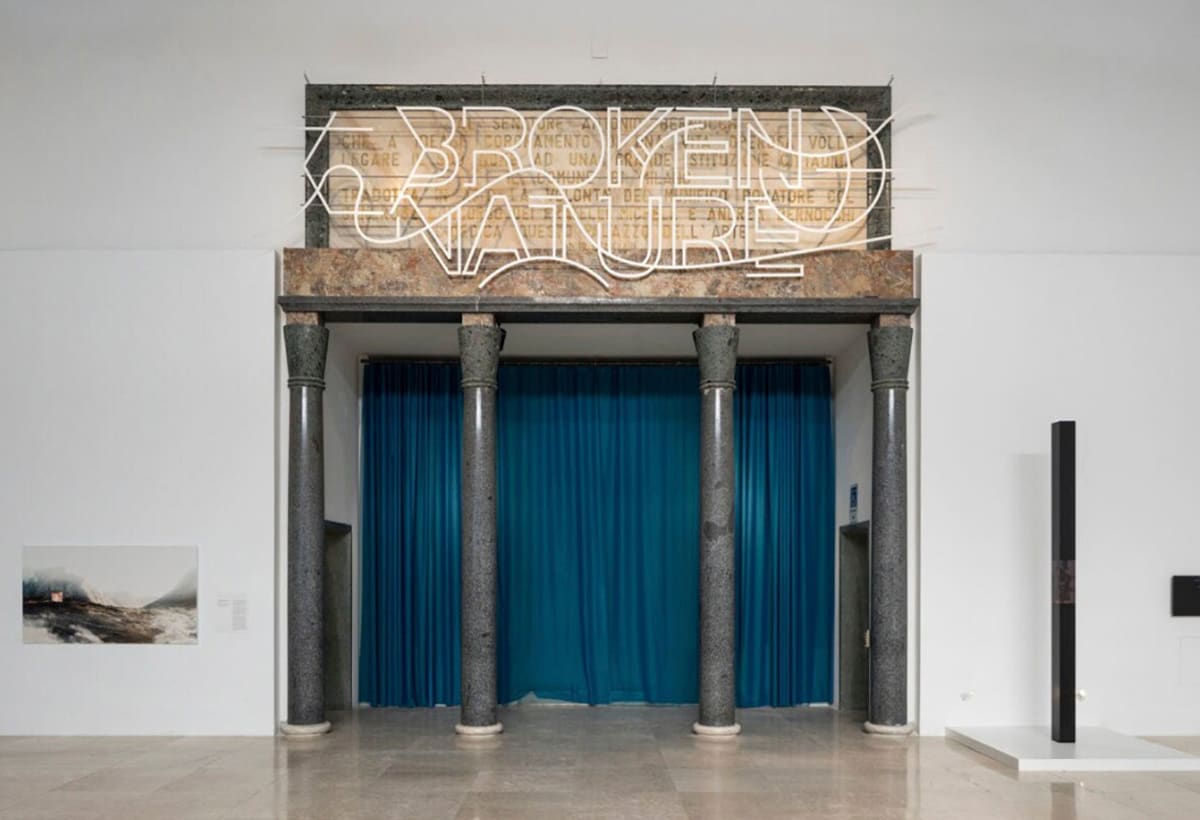 6
Broken Nature: Design Takes on Human Survival (until September 1th 2019, Triennale di Milano) is an in-depth exploration of the strands that connect humans to the natural environment that have been intensely compromised, if not entirely severed, over the years. By casting a wide net on architecture and design projects, Broken Nature will underline the concept of restorative design, highlighting objects and concepts at all scales that reconsider human beings’ relationship with their environments – including both natural and social ecosystems. A number of directly commissioned works complement the loans in the thematic exhibition. The commissions include: Accurat, Formafantasma, Neri Oxman e Sigil Collective. Ph. Gianluca Di Ioia © La Triennale di Milano

Design, art and molecular engineering seem to have broken down their traditional boundaries. This is demonstrated by institutes like SymbioticA, the Department of Biological Arts at the University of Western Australia, or the research lab in Boston Ginkgo Bioworks, which promote creative research in the biological sciences to develop new materials and production methods, or new forms of expression at a more speculative level. Ginkgo Bioworks makes genetic engineering available to make more sustainable products for sectors like food, medicine and agriculture.

It organizes creative residencies, such as that of Natsai Audrey Chieza that has allowed the designer to implement a project of dyes using pigments developed by bacteria, based on research she conducts with her London-based company Faber Futures. The colors for textiles are synthesized by streptomyces coelicolor without the use of chemical substances and with much less water than is needed for standard dyeing processes.

Chieza developing a series of design protocols that explore how modifications of laboratory conditions – temperature, pH and incubation period – influence the results of the process. And a series of methods for printing with the pigments. These processes prompt rethinking of industry through biology, to develop not only new production practices but also alternative ways of thinking about waste, and of approaching the cycles of fashion and consumption in general.

The materiality of Concreta by Serenissima

Suber, a new era of beauty