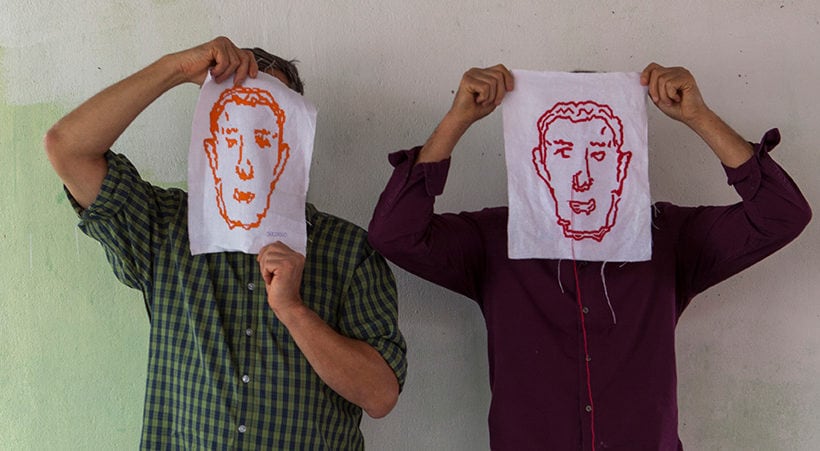 A voyage in Brazilian creativity, in search of one of its most authentic components: sustainability. Which in this case is environmental, social and cultural. The Brazilian way: ‘Design com Alma’

Campana brothers for social awareness
To understand the spirit of Brazilian design today we need to get beyond an anonymous white shutter on an anonymous street in São Paulo. It is the threshold – physical and metaphorical – of Studio Campana, and it perfectly represents the character of understatement of the two brothers. A hybrid space, a workshop, a community center, a professional studio famous all over the world.

And also a charity, since it is the home of Instituto Campana, the non-profit association founded in 2009 that sets out to conserve the creative heritage of Fernando and Humberto Campana, using design as a tool of transformation through programs of social assistance and education.

“We have created the Institute because we want to transmit our knowledge, acting in the community. We would also like to open a museum and maybe a crafts school, to teach techniques from embroidery to welding to carpentry. For the moment, once a month we organize workshops with kids from the favelas here in the studio,” Humberto explains. He describes himself as: “a dreamer who likes to build bridges, to make life more delicate, staying humble and connected to my roots.”

The very portrait of a modesty that pervades two important social projects of the institute. “As a boy I wanted to be an Indian chief, while Fernando wanted to be an astronaut. We have transformed those childhood dreams into a postcard-self-portrait that is embroidered by women inmates in São Paulo, who receive the proceeds from the sale. When they are released from prison they have funds, and a skill that is indispensable for their reinsertion in society.”

Another story of feminine empowerment lies behind the Iluminated Portraits, a project coordinated by Ana Paula Moreno, the former general manager of Estudio Campana, now involved in projects for the protection of immaterial cultural heritage. Like the traditional redendê embroidery technique typical of Entremontes, a small town in the state of Alagoas.

“It is a universe far away from globalization, a world apart where knowledge and techniques exist that can enrich our vocabulary of forms and types: it would be a shame to contaminate it. We asked the local women, who make very traditional embroidery, to create their own portraits with needle and thread and transform them into lamps. We have tried to give their technique a new possibility, conserving the tradition but opening it to a new vision.”

The embroiderers of Casa do Bordado de Entremontes were even more perplexed about the request that they leave the threads hanging, which was almost an insult to their legendary precision. But in the meantime, they have become an economic driver for the community. The Iluminated Portraits have been shown in Rio during the Olympics, in Milan during the FuoriSalone (NonostanteMarras, 2017), and they will return to that city this year at Galleria Luisa Delle Piane.

“The idea behind all our collaborations is to create new possibilities,” Humberto says. “The work of the institute is a way to democratize design, which at the same time becomes a tool to restore hope and awareness to people who at this point expect very little from life – and there are many of them in Brazil,” says Waldick Jatobá, general director of Insituto Campana, who points to the example of a project conducted with Aliança de Misericordia. Under the artistic direction of the brothers, people living in a rehab facility for addicts were asked to create objects using semi-finished bricks from a nearby factory. The results are vases of great expressive impact, sold in exclusive galleries and museum shops.

The proceeds go to the individual ‘artisans’ who sign the pieces, and with the bricks are able to “also metaphorically reconstruct their lives.” These items are a manifesto of the “form follows materials” which Jatobá defines as the “revolutionary thinking of the Campana brothers, the contribution they have made to the history of design, introducing a way of working – thirty years ago – that can now be seen in the projects of many young creative talents.”

Wood virtuosos
Wood is one of the most noble and identifying materials of Brazilian design, and it is also the theme around which the major issues of environmental sustainability gravitate. A fundamental cultural player, in the use of this material and more, is Etel.

The brand founded 30 years ago by the designer Etel Carmona offers editions by the great masters, from Oscar Niemeyer to Sergio Rodrigues, Lina Bo Bardi to Oswaldo Bratke, as well as a collection of furniture by contemporary talents. Each piece is rigorously made by hand, using the classic techniques of fine carpentry. A pioneer in the use of certified wood, Etel was the first Brazilian brand to display the FSC (Forest Stewardship Council) seal.

Another great wood virtuoso is the designer Paulo Alves, a disciple of Lina Bo Bardi. “In Brazil there are 12,000 different kinds of wood. I feel like a painter with so many colors available!” His storefront, theatrically covered with vegetation, features his design philosophy in large letters: “to take the forest into the home.”

His pieces, in fact, are based on the structures of trees and mangroves, combining an incredible range of chromatic varieties of different woods, exclusive recycled or taken from sustainable forests. His focus on nature has recently reached a high point in the collaboration with Coomflona, a cooperative that works in the Amazon rain forest, for a project that combines the interests of the community, sustainable forestry practices and the requirements of design with a high added value.

High crafts, deep design
Brazilian cultural identity as an essential raw material of design. This is the credo of Sérgio J. Matos, a designer from Mato Grosso whose work demonstrates how blurry the boundary can be between design and crafts, and the extraordinarily expressive authenticity that can come from their fusion.

An emblematic case is the project Brasil Original, which Matos has conducted by invitation of Sebrae (the service of support for micro and small businesses) to help native communities in the Amazon to develop a sustainable, autonomous market for their crafts thanks to design.

An effort of great anthropological and social value that goes beyond mere folklore to become the manifestation of a new creative language in which organic, tropical forms and traditional techniques reinvent vases, lamps, baskets and other artifacts.

“It is a special project,” Matos explains, “due to the materials, which come from the deep forest and the Rio Negro, and because each ethnic group (Kuripako, Ticuna, Tariano, Tukano, Baniwa, Baré, Arapaço, just to name a few, ed.) is a bearer of unique material know-how.

With each community I have developed a different concept: an extremely delicate process, because of the risk of compromising their cultural and technical identities. But the Indios of the Amazon require a market to be able to support themselves; my role is to bring information on what works on a commercial level, and to adapt their techniques without altering their nature. You have to enter the communities with respect, without imposing an overly aggressive kind of design.”

“We have not undergone any culture shock,” says Gilda, a historic figure in the native federation of craftswomen. Years ago she had to sell her hair to afford a boat trip to the market of Manaus, to sell her woven baskets at low prices. After meeting Matos, the value and the demand for her creations have surged (with contacts from galleries all over Brazil).

“For us, craft is a primary asset, because it lets us obtain food, medicine, education. This project has brought self-sufficiency and self-respect. Now I have a different way of looking at forms, I look for sources of inspiration everywhere, not always making the same things.” Her definition of the term design is interesting: “It is a force that allows me to create a form that is coherent with the surrounding environment, transforming matter according to my method.” And she proudly shakes a head of very long hair.

Brazil in Milan
For many years Milan Design Week has been one of the leading showcases for cultural and commercial initiatives connected with Brazilian design. Every year there are exhibitions of the masters of Brazilian Modernism, as well as openings of galleries and showrooms (such as that of Etel in 2017). Once again, for 2019 Apex-Brasil, the government agency for the promotion of foreign trade, returns to the Università degli Studi of Milan for the event INTERNI Human Spaces, coordinated with a major exhibition on Brazilian design at the Museo della Permanente.