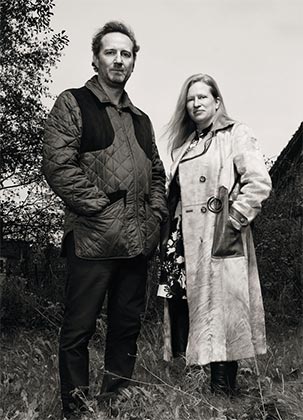 After Droog Design Jurgen Bey continues, with partner Rianne Makkink, to conduct research on the crossing of disciplines and the morphology of objects.

Nothing is taken for granted. A continuous surprise effect, surreal at times, makes users wonder about the origin of forms and the rituals we develop with things. The designer becomes a sort of alchemist, capable of mixing cultural and contextual references, giving rise to products that go beyond mere function, though they are objectively functional. The series for the Dutch company Prooff comes precisely from studies on the movement of the body and the interaction of users in public spaces and workplaces. The products of the studio Makkink & Bey are full of citations. Elements of tradition are taken out of context and blended in postmodern mixtures that make them timeless. Like the Kokon series, in which the covering in synthetic fiber and elastic transforms two separate pieces, while revealing their familiar contours. Often these effects are achieved by negotiation between opposites. As in one of the most famous pieces by Jurgen Bey, the tree-trunk bench in which the insertion of chairs from different eras symbolizes interaction between nature and culture. From the urban scale to one-offs for galleries, Makkink & Bey compare design to running events in sports: many different disciplines, more and more specialization, but also new possibilities for hybrids, leading to new outlets for design practice.