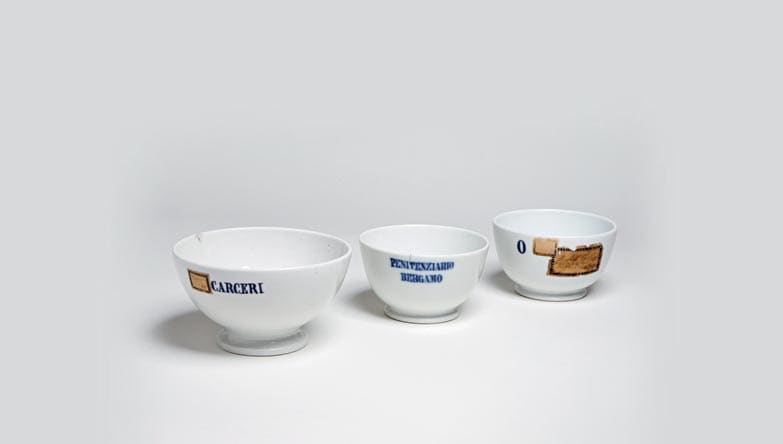 The utopia of transformation Design is the utopia of giving the whole world an appropriate form.

Isn’t this the idea pursued by Interni for so many years? In effect, the iconographic research conducted by this magazine is enormous, continuous, infinite. It is an increasingly efficient mechanism of information and imagery, from all over the planet, catalogued and made systematic to offer readers very useful documentation, increasingly through the web. In the history of magazines in this sector, the longevity and continuity of Interni are truly remarkable. And from its pages, its infinite pages, the tension of this documented research emerges intact. Is the anthropological question of an object how to give it a soul? From the most remote times, the objects of the world’s ethnic groups have had a soul, that of the spiritual aspirations of men and peoples. And even the mass produced objects of the industrial era were searching for a lost soul. Perhaps human completeness can only be achieved by getting back to the origins of the world, pursuing the utopia of an epoch located beyond that of the economic model. Because an object has to be respectful of a civilization that, in turn, is respectful of man. An object that aspires to human dignity is an object that goes against the current, and grafts itself onto the society of consumption in a critical position. The admirable things found only in museums of ethnology, at this point, examples of harmony between life and ritual in civilizations of the past, can no longer be found in the world of industrial and post-industrial societies. Design objects, in general, have not earned the right to exist beside the objects of historical anthropology. The attempt to clearly reinsert the aesthetic factor in the process of creation of useful objects is part of this pursuit of dignity. And Interni has often investigated these zones. An attempt is thus made to tame the deviated flow of the infinite objects of consumption, also electronic and virtual, of design, into the peaceful, slow river of the applied arts. It is clear that the problem is not the language, but lies in the utopia of a radical transformation of hearts, i.e. in new models of civilization capable of replacing economic values with human values. I hope Interni will continue to contribute to this admirable pursuit. Alessandro Mendini

From a magazine, a world opens up

In the 1970s, when I lived in Padua, studied in Florence and had a girlfriend in Rome, I began to visit Milan precisely because I was attracted by the architecture magazines that narrated what was happening in the world of design, and were also a source of inspiration to do new things. I got to know Sottsass thanks to a magazine directed by Ugo La Pietra, called “Spettacoli e società.” Ettore had written an article that talked about the young people of Padua who, like me, commuted to other cities to study at the university. He wrote for several magazines, and for me that was a factor of very great attraction. In particular, he wrote for Casabella, in the days when Mendini was the editor. I remember buying a copy at the time of my first trip from Padua to Florence, in 1969, to enroll at the university and find a place to stay. I still have that magazine. It included an article by Sottsass that spoke of the planet as a festival, and I liked that very much, because it presented an idea of architecture, independent, outside the rules, I had never thought about before. For me, it was a real revelation. From a magazine, a new world opened up. Since those days many things have changed in the world of communication of design. Magazines have become more identified, more personalized. Today we are in a phase of transformation; the only thing we can be sure of is that everything is changing and will continue to change. I think Milan is now a place where this sense of transformation is very tangible, perceptible, even pursued. Were it not for the cost of real estate, Milan would be more appealing today than other cities like London, Beijing, New York. Today we no longer notice, but Milan constantly offers many initiatives, events and opportunities connected to the world of creativity; they may be smaller than those of other cities, but they all work well and stand out for a high level of quality. The monthly isissues of design magazines also represent an important part of the creative life of the city. Today we need synthesis, critical selection, something that offers a key of interpretation of the many things that happen. Every day I spend at least two hours on trains, time I devote to looking at what is happening in the world via web. I realize how unproductive it is to get lost in the ocean of information offered online, and instead how important it is to have a tool of critical interpretation. This is why we need synthesis, and models of reference. Michele De Lucchi

Sometimes I wonder if my role in the magazine Interni isn’t that of a writer of unheeded opinions, but then I think that this danger has nothing to do with me, and is instead a concern of the management of Interni and its readers. I express my views when I am asked to do so, and my responsibility ends there… During twenty years of contributions, no one has ever censored me, and I have always written about things that interested me; so I have an enviable free space, an observatory in which to reflect, without interference. Putting my contributions together, I believe I have tried to demonstrate that “design is a serious thing” that does not belong only to the expertise of the market, but also and instead to the history of human beings, society, culture. This is the only reason I think design is interesting… Recently lots of criticisms have been voiced about today’s design and the latest generations; as if they were not a significant part of the ‘crisis’ that is impacting the Occident; an economic crisis, and a crisis of ideas. I have a completely different opinion on this, and I think that young people have the right to be different from us, and that the world has the right to change. And in fact the world has changed, profoundly; the certainties of the 20th century have vanished, the Modern Movement has reached the end of the line, politics is evolving, but the vitality of the ‘new Italian design’ continues to be a concern, around the world; the exhibition we organized in 2007 at the Triennale, which was sharply criticized, has continued to travel the globe since then: Madrid, Istanbul, Beijing, Taiwan, San Francisco, Santiago, Cape Town. Most of the show was composed of self-produced, light, apparently superfluous objects, indifferent to the classic typologies of furniture (chairs, sofas, tables, lamps) but interested in finding a way into the interspaces of domestic life. These are the interesting new developments of design at the start of the 21st century; just as in fashion, three categories coexist and collaborate: high fashion (experimental), autonomous accessories, pret-à-porter for mass production. Each of these sectors has its own autonomy, each its role, each its market, creating a nonconflictual synergy. A world that feeds on dreams, technologies, marketing, and renews its repertoire with every season, creating a scenario in continuous evolution. An appealing scenario that thrives above all on the glossy pages of sector magazines; this is the central function of the media, a central function capable of simultaneously representing the present world, that of the future, or how it could already be purchased today. A world made of infinite variants, exceptions, trends, scenarios, innovations, revivals. This is not just the universe of fashion, it is also our world; ungovernable, unpredictable, which exists only to enter the infinite universe of communication, on the Internet, in magazines, on television. Just as music, that does not exist as a physical reality, but only if it can be listened to, recorded, played, to create an emotion, a creative and mysterious thought: capable of producing enormous economies. The role of a magazine of design or fashion, then, is to give life to this incessant energy of innovation, to a world that otherwise would remain catatonic. So even the ‘unheeded writers of opinions’ have a right to hospitality, not to teach people how to live but to contribute to a way of fearlessly looking at an opaque world, without trying to enlighten it, but maybe to make it a little less nebulous and incomprehensible; chaos, after all, is not the lack of order, but the law that governs the universe… Andrea Branzi