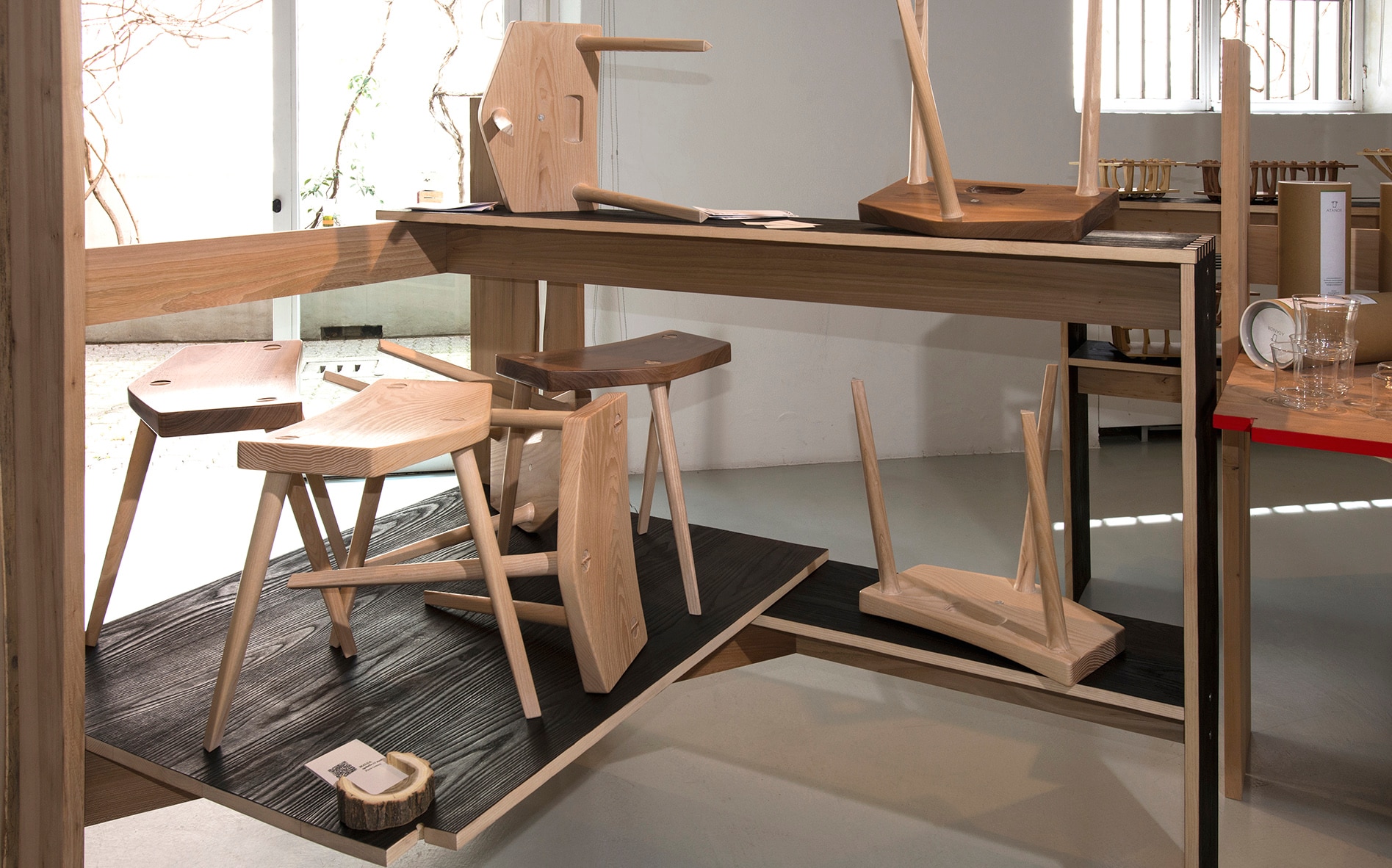 The value of work, the pleasure of making uncommon objects, the (positive) encounter with extraordinary people with different cultures and experiences: these are the ‘ingredients’ of Atanor, a project born of the encounter between those who imagine – designers, but also photographers and creative talents – and those who make, the Veneto-based company Merotto Milani, a partner for almost fifty years of important Italian and international architecture studios, to make museums, hotels, homes, showrooms, installations.

We spoke of all this with Adriano Sordi, who together with the younger generations of his company has decided to undertake this new entrepreneurial adventure.

FIRST OF ALL, WHAT DOES ATANOR MEAN?

We borrowed the term from the alchemists: it indicates the crucible where precious ingredients were mixed to create life. We have put in lots of ideas and the know-how of skilled hands. The result is this collection: chairs, tables, glasses, objects that are first of all useful, but also possess great elegance and expressive force, because they come from a path that has human history and labor behind it…

Many extraordinary people. In so many years of activity we have been able to develop a network of relationships with outstanding designers, architects, entrepreneurs and artists, who now form the Atanor ‘team’: from Tobia Scarpa (behind the name and logo of the new company) to Piero Lissoni, Carlo Forcolini to Davide Macullo; from Luciano Benetton to the silversmith Ciro Cacchione, the owner of San Lorenzo. Everyone has responded with enthusiasm, and the circle will definitely expand, since we have contacted over thirty designers with whom we habitually work.

We add our own ability to do things well, relying on artisans at the highest level who constantly out-do themselves, striving to go beyond, to always achieve something more. Attention to detail and originality are key strong points of our company.

SO YOU HAVE A LEGACY OF CRAFTSMANSHIP AT THE HIGHEST LEVELS?

I don’t really like the word ‘craftsmanship’ that much, just as I don’t care for the word ‘passion.’ For those who work with us, such things are taken for granted, as the basis for any work. These terms are fashionable today, and often abused. These men are not just craftsmen.

SO WHAT WOULD YOU CALL THEM?

By name, simply enough, and in dialect (Venetian, of course).

TO SUM THINGS UP, DESIGNER FRIENDS AND SKILLED ARTISANS HAVE CONTRIBUTED TO MAKE ATANOR. AND WHO ELSE?

Young people. The Atanor staff is composed of people under 35. They (Francesco Sordi, Sara Breda and Riccardo Crosetta, ed.) had the idea of developing a commercial strategy that focuses exclusively on online sales (www.terrediatanor.it). An agile, modern tool, in step with the times, that allows us to distribute products carefully, and to control the production process completely. The website is also an opportunity to learn about the history of each single project, explained by its maker in a video narrative.

IN SHORT, PEOPLE ARE STILL WHAT COUNTS…

Yes, always. Atanor is not just a commercial project; it is above all testimony of an experience made of relations, encounters, the sharing of values.