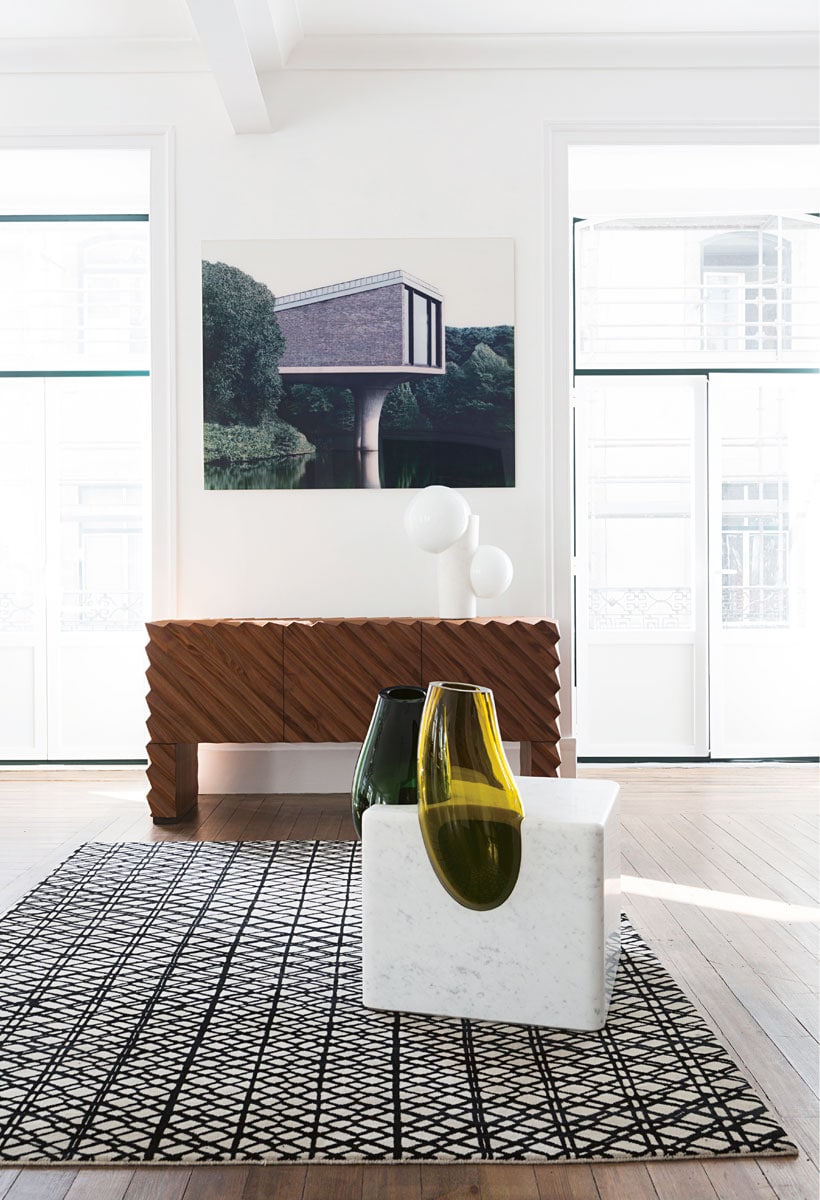 #design
Creative Hub by Babled Design
In Lisbon, the colors and landscapes of Emmanuel Babled, from workshops to academies, in his new space of design research and work, meet new perspectives for the crafts industry

Emmanuel Babled, the designer of French origin born in 1967, is a river of words, international, polyglot, when he talks about his work and the new challenges awaiting him. After 25 years of success in all places, where he has always nurtured the potential of collaboration with crafts and industry, he has moved to Lisbon, about a year ago, creating Babled Design. This is much more than a design studio in the traditional sense of the term. As he tells us in this exclusive interview.

What were the reasons behind this choice of Lisbon as a base, after Paris, Milan and Amsterdam?

I think it is a stimulating city that represents the right balance for me: a European capital but a small one, open, progressive, not violent. With an established crafts tradition, a strong history and culture, exceptional nature and a mild climate. Like a window on the courtyard, it has absorbed the integration of different peoples, habits, customs, always regenerating. In terms of character, the Portuguese are more British than the Mediterraneans, and work at a less Milanese pace. In our hyperconnected world, dialogue and exchange on a human scale are still possible here.

So you have found this corner building in the historical center of the city?
Yes, about seven years ago, when Lisbon was not yet going through the renewal that is happening now. I saw it and it looked like a postcard: its architecture in the Baixa part and the Avenidad, with a Haussmann-like atmosphere, the streetcars going by, the constant flow of tourists. There was a large open space of 220 square meters, an entire floor, with 10 windows bringing infinite light, and an L-shaped layout. The third level, of the same size but subdivided into multiple spaces, was also available. I could immediately see the potential.

What did you do with it?
I began by renovating the first floor, from top to bottom, conserving the original identity, the sequence of open spaces with metal girders, fine wood floors. I improved the place, especially in terms of the overall physical plant and the service zone. It was ideal for a creative hub, a place of energy and concentration, surrounded by my objects. A few months later we began to work on the other level, the third floor, divided into rooms decorated with the typical blue azulejos: this is a place in which to formulate the concept of a creative hub that encourages fluid, circular communication of ideas, in a rigorous layout of six independent offices combined with the gathering places of large shared areas. The result is a place for co-working, research and initiatives related to the crafts industry. I call it “The Third Floor” and I have intentionally left it almost empty (with the exception of some essential furnishings supplied by Magis), for easy reconfiguration to meet the needs of temporary events. An island with large tables we have designed for every room, ceiling fans and wallwasher lighting fixtures, spaces that communicate with each other thanks to large doors. 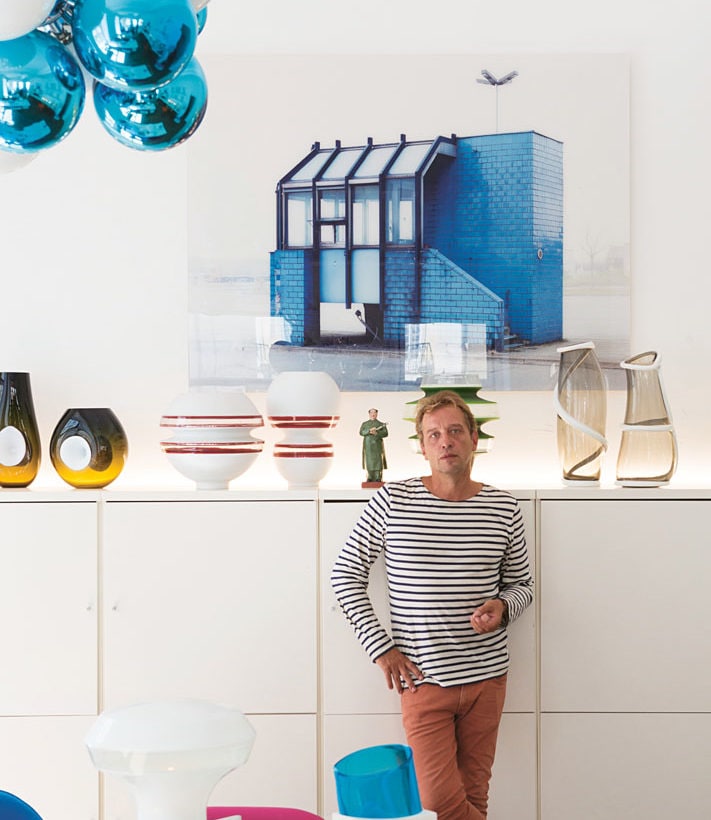 How do you work, and what is the composition of your team?
I have never felt like a designer in an ivory tower. For me design is about sharing, participation, freedom of vision with incorporation of the know-how of others. In Babled Design, there are six of us, all young, with different nationalities, experiences and personal paths. This diversity is stimulating. Every project always starts with a voyage, an immersion in a specific context, which means environment, know-how, culture. This is why I spend a lot of time at the sites of production, together with the artisans, taking part in the constructive process. Dialogue in the field is a source of mutual enrichment. In terms of the expressive application potential of a research project: textiles and the art of weaving in India, cork in Portugal, marble and stone in Carrara or Estremoz, the bronze foundries of Lombardy, the volcanic materials from Mt. Etna in Sicily, blown glass from Murano. 80% of what we design is produced in Italy. Today I feel ready to support and promote the crafts of the Portuguese territory, its tradition and know-how, putting it onto a map of connections with international design.

What is the message behind your “federative design concept” in terms of the evolution of crafts?
This is a new awareness, first of all. The understanding that when you buy (or design)a handmade object you are not just buying a product, a sign that is recognizable because of its original forms and excellent materials, but also a culture that conveys uniqueness, environmental geography and authenticity, a work that cannot be repeated in its essence. We need to uproot the perception of crafts products as souvenir items for tourists. But it is necessary to make this approach visible on a cultural plane, through a special communication project.

Yes, because the appreciation and pride of a handmade product needs to be explained...
We have already begun, with a detailed program of initiatives, including a documentary film entitled Hands-On by the Dutch director Marco Sweering presented in the fall at the Milano Design Film Festival and the Arquitecturas Film Festival Lisbona. We are also working on other ways to spread the word. Craftsmanship has always been an essential part of life. Local products, techniques and pragmatic knowledge help us to keep both feet on the ground, to be connected. In this era of mass production all this is being lost. This is a major loss for humankind, due to the important role crafts can play in contemporary design culture. During the latest edition of The Venice Glass Week in September, at Piazza San Marco we also illustrated the results of a project done with Venini, through a video that shows the complexity of the production.

“
I have never felt like a designer in an ivory tower. For me design is about sharing, participation, freedom of vision with incorporation of the know-how of others"

Tell us about this recent project done with the master glassmakers of Venini, with whom you began to collaborate back in 1992.
First of all, for me Murano means color, even though glass is a hard material to work with. To intertwine design and crafts in an experimental path does not only mean responding to your own mood or inspiration. The design has to spring from the raw material. The pencil is not a pipe with which to blow into a bubble of glass; you have to accompany the line, trying to tame it, taking it to the imagined result. The slow, gradual act of blowing glass inside a mass of hot material is an integral part of the project. Like a birth, it has something magical, but it is a dream in the darkness. The product of the creative instant that comes prior to the crystallization of the glass can be seen only the next day, when it cools, as you comment on it with its maker. A truly moving, immersive experience. In this case, Pyros is a limited-edition vase, mainly the result of color variations that are unique each time, made possible by the palette offered every day by the 16 furnaces of Venini. This is an absolutely unique facility. In September we enhanced this series of one-offs with three new techniques for working with glass. Pyros has sculptural forms that convey the spontaneity of my painterly gesture, interpreted in the bubbles of color resting on the glass surfaces, almost like an Action painting, trapping the magic of light and emotions.

How can you combine this transverse way of approaching design and (in the end) a life experience that goes against the reigning ‘virtualism’ with the application of new digital technologies, the mantra of our time?
Undoubtedly the software lets you approach complexity that would be impossible to explore with manual methods. Just consider what can be done today with marble, combining chisels and robots, but also with other stones, or glass (as in the Osmosi series). There is a new freedom of expressive languages and attention to detail. For example, the DenChair I designed last year was made in marble, with the hands and the digital tools of the modern sculptors of Torart. Now it has been selected by the Swedish company Offecct, and a contract version will be made. This represents the evolution of a kind of thinking the industry has welcomed, a design free without preconceived notions. But even when technology cannot directly help the manual process, it amplifies the spread of a work, it becomes a vehicle, helping it to extend on a planetary scale. But in the glassworks computers are not needed: these places are still alchemical workshops. 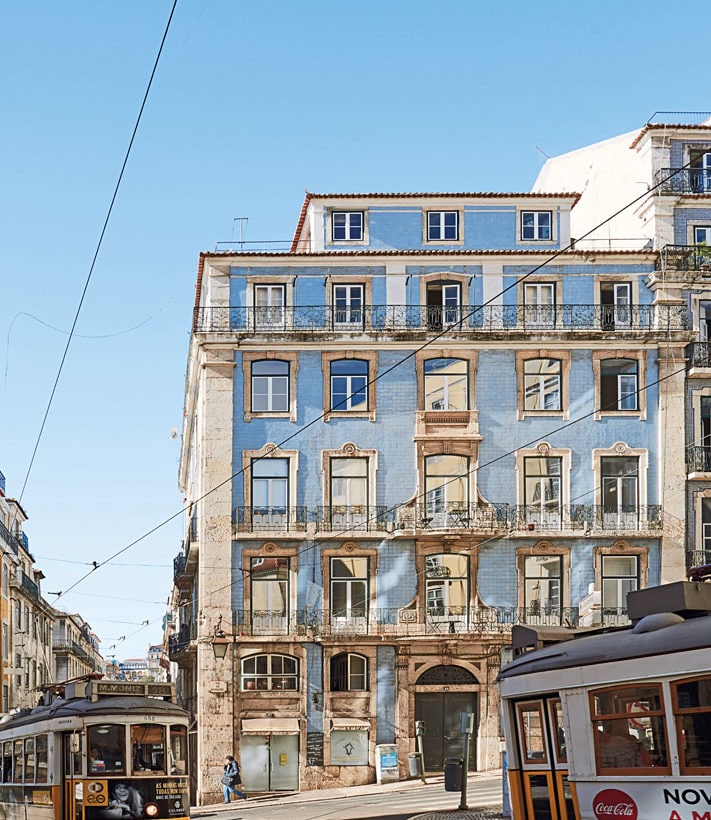 5
Photo Pierrick Verny/Styling Yves Callewaert - Exterior view of the historic building (in Pombaline style) on Rua da Madalena in Lisbon, the location on two levels of the studio-atelier of Emmanuel Babled.

Murano is going through a very critical, almost dramatic moment. How can it keep its precious, ancient art alive, ushering it into the contemporary world?
Let’s say it right off the bat. The new laws to protect the environment and human health cannot be called into question. But the elimination of arsenic, two years ago, has led, for example, to the extinction of traditional filigree. In a couple of years, the same problem will arise for the cadmium used in the range of reds and yellows. Unfortunately, the use of feasible filters in the furnaces costs too much for small glassworks like those of Murano. So there is an urgent need to find valid alternatives, based on scientific principles, instead of hypocritically importing colored glass from China where these rules don’t exist. This is why, together with the Nova Universidade of Lisbon, and with the help of Venetian universities and institutions, we are launching research on the chemical composition of glass and glazes. To share with all the glassworks operating in the territory of the Serenissima. This is a way to contribute to their rebirth and to preserve specialized jobs, considering the fact that the number of artisans has shrunk to about 600, from the tens of thousands that existed just 50 years ago. Sustainability in production does not only mean ecology, but also social and human sustainability. During Glass Week in September, in Venice we created the piece Acromatico, an ‘albino’ Pyros, as if it had lost its color: this was a way of making people aware of the need to encourage research on the present problems connected with the colors of Venetian and European glass. This is a proactive way of participating, and a way of asserting a more aware role on the part of the designer. Not just at the service of industry and business, but also in terms of the evolution of our cultural and manufacturing heritage.